Support
Random Novel
The Man Picked Up By the Gods (R 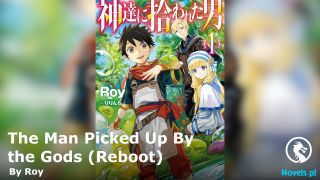 Chapter 1295 On the Last Day of October,

At dusk in the middle of the sky, the new Shadowless Sword God sent Wang Hui to help Jing Yi and Empress Dowager Ci An tidy up the dishes.

Everyone was already very familiar with each other. Ci An completely put down the Empress Dowager's airs and spoke very politely to Wang Hui.

"Madam Hui, Jing Yi and I will be fine. You go and rest quickly."

"Yes, Mrs. Hui, how can I let you do it with us!" Jing Yi was a little embarrassed. She was a natural born servant.

Now that Wang Hui had finally fulfilled her wish to become Qin An's woman, her split personality became more and more stable. She was almost a normal person, peaceful and quiet.

"In the pre-apocalyptic era, when men were fighting outside, it was only natural for women to do housework. Now, this dwelling is my man's home, which is also my home, so doing some housework can be considered my love for Qin An." Wang Hui replied with a smile.

Ci An was slightly sad when she heard this, and then she looked at Wang Hui with envious eyes.

How could a woman in the Qing Palace know what love was?

Ci An was actually a smart woman. After traveling, she had interacted with modern people for so much time. Her mode of thinking had changed, and she could think of many things clearly.

She even knew that she had transmigrated to the post-Qing era, although no one had told her.

This was truly a very special experience. Ci An felt that life was actually not bad now. Everyday, she heard some things about the outside world from the madams, which made her feel that everything was so novel.

If she hadn't given birth to a child, she might have completely forgotten about the past, right?

Ah… I wonder if the pitiful child she left behind in the Qing Dynasty should be dead by now, right? It was because the madams said that this era had been many years since the Qing Dynasty.

Without saying anything, the three women quietly washed the dishes.

At this moment, Wang Yunzhi suddenly rushed into the kitchen. Her face was full of joy as she shouted,

The three women in the kitchen were stunned for a moment. They were about to put down the work in their hands and quickly ran out with Wang Yunzhi.

Liu Ru had been pregnant for more than twenty years, but now that she was suddenly born, it was naturally exciting.

The four women ran to Liu Ru's courtyard together, only to see that other than Wuma Siqi, all of them had come.

Qin An's four eldest wives were currently taking care of Liu Ru in the delivery room. Qiu Jinse was carrying her adorable little girl, Qin Wenxin, in the courtyard to take care of her. The other women were all pacing back and forth.

Li Na also couldn't understand what was going on. Ever since Qin Wenxin saw Qiu Jinse, she had fallen in love with this woman who was supposed to be a stranger.

Therefore, as long as Qiu Jinse appeared, Xiao Wenxin would laugh. Thus, in order to make her daughter happy, Li Na made Qiu Jinse her full-time nanny. Qiu Jinse was also very willing. This was a wonderful opportunity to get along well with her seniors. Moreover, she and Qin Wenxin, the future Sword God of Space and Time, were indeed destined!

This was too nervous. Her big sister Liu was going to have a baby!

Lan Yue felt that her brain was in a state of dizziness.

Actually, in the delivery room, Qin Xiaoyan and Li Na were in charge. Liu Xia fought, but Lan Yue could only pass on the news.

Liu Ru was not such a delicate woman. As the host of the Transcendent Sword God, naturally giving birth was not a problem for her at all.

But having children was not an ordinary thing for women.

As an Adept, Liu Ru might recover quickly after giving birth, but she was also in pain during the process of giving birth. Although she did not shout loudly, her body was already covered in sweat. Seeing this, Lan Yue was extremely shocked and anxious.

Qin Xiaoyan noticed Lan Yue's nervous expression and asked her to get some warm water to wipe Liu Ru's sweat.

Lan Yu was so nervous that he didn't want to leave the maternity ward when he went out, so he asked Rongrong for help.

Rongrong had always been an existence in the Heavenly Dwelling. Occasionally, she would appear and occasionally disappear into thin air.

And now Rongrong is at ease.

Her life had originally been so old that even she felt that she could give up, but now it had changed because of Qin An.

In the apocalypse, all her family members had died. Now that she had a large family because of Qin An, this was naturally a kind of happiness.

Rongrong knew what was going on in the delivery room, so before Lan Yu came out, Rongrong had turned into smoke to get a basin of warm water and put a clean towel on the basin.

Smoke carried the basin back to the courtyard. Lan Yu ran out and shouted. Rongrong smiled as he turned into his real body and handed the basin to Lan Yu.

"Don't be nervous. Giving birth to an Adept is a very small matter. It won't be as difficult to give birth as it was in old age."

Lan Yue nodded heavily, but her face was still pale.

"Sister Rongrong is wrong. You have to be careful. Sister Liu Ru has been pregnant for more than 20 years. Now that her husband is not here, you must be extremely careful. Don't make any mistakes!"

Wuma Tienan's eyes stared at Lan Yue. As expected, Lan Yue's face turned even paler. She bit her lips and glared at herself before running back to the delivery room.

Her relationship with Lan Yue was not good, because the two of them had quarreled over Qin An, so they had the chance to say something that provoked Lan Yue.

Wuma Danxin also knew what his sister was thinking, so he took action to stop her. He didn't want to make everyone unhappy at this time. Lan Yu's nerves were still very nervous, and Wuma Danxin didn't want to provoke her.

Liu Ru forcefully gave birth to the child. When Lan Yue saw that scene, her legs were so frightened that they fell to the ground, so she sprinkled water all over the ground.

In the courtyard, the women all revealed expressions of sincere blessings and envy. Of course, there was also jealousy.

No matter what, joy still occupied an absolute position.

The women embraced each other to celebrate the addition of population to the Heavenly Dwelling and Wenxin's playmates from then on.

This was the name that Qin An and Liu Ru had given to their son after their last discussion.

Actually, they had discussed it many times before, and they didn't know what name to give to the child.

Qin An believed that this child would be different from the others, and his future achievements would definitely surpass his own father's!

In the delivery room, Li Na, Qin Xiaoyan, and Liu Xia ran out with the little brat in their arms, joyfully comparing Qin Potian and Qin Wenxin.