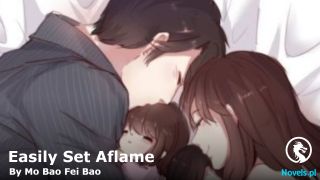 «Zombie Apocalypse (Web Novel) - Chapter 1283 Look At Each Other

Chapter 1283 Look At Each Other

Song Dieyun narrowed her eyes and looked at Zhang Kaiyang. Her expression was gloomy and her eyes were filled with killing intent.

Qin An also looked at Zhang Kaiyang. He saw that the old man's body was trembling slightly, but his expression did not change at all.

Qin An nodded slightly and couldn't help but admire him.

On this planet, killing intent was no longer an invisible illusion.

The Laws of the Sword Spirit Star. Everything has its source, and there is life when there is thought.

As the Space-Time Door continued to open, outsiders, curse tokens, and law beasts were teleported over. The laws of the Sword Spirit Star were also being confused with the Laws of the Milky Way Galaxy.

Therefore, the so-called killing intent could be considered an attack of a spiritual attribute.

Zhang Kaiyang was just an ordinary person, but it wasn't easy for him to remain calm under Song Dieyun's murderous aura.

Originally, Song Dieyun did not believe that Zhang Kaiyang was the head of these people, but seeing his calm and composed appearance, the doubts in her heart lessened a bit.

After pondering for a while, Song Dieyun turned around and called the clairvoyant over.

"Let's see if they have any gene level runes on them."

Song Dieyun had already used the multi-colored stone ring to probe, but she did not find anything abnormal.

His clairvoyant vision was different from Qin An's, However, it was similar to the effect of infrared rays. The skin could be seen through clothes, and the scene in his eyes was like a red person. He could use heat to distinguish the texture of his skin. The temperature where there were genetic symbols was slightly higher than that of ordinary skin, allowing him to find the location of these symbols.

Lu Ya had already reached the ninth level of mutation. She could hide the genetic symbols. Moreover, there were parasitic beasts that absorbed energy in her body, and the rays on the multi-colored stone ring could not escape.

Yin Yao was a Sword God Physique Adept. Actually, she also had genetic symbols. However, they were hidden in her body, and the multi-colored stone ring could not work on pure multi-colored sword spiritual energy.

Little Ninth Sister was a second generation Adept, and her Sword God Ability was the mainstream in her genes, similar to Yin Yao's situation.

Then when the Adept Warrior saw Qin An, he was stunned for a moment, and then his face turned pale for a moment.

Song Dieyun saw the abnormality of the Adept Warrior and her gaze fell on Qin An again. She asked softly,

"Ah… His chest is marked with twenty-four-colored runes!"

How could there be twenty-four-colored runic markings?

Level 24 mutant? Are you crazy?

Song Dieyun walked in front of Qin An and looked down like a proud queen.

Qin An frowned when he heard their conversation. He didn't even have any memories, so he naturally didn't know much about the Adepts. In other words, he didn't know that the tattoos on his chest could be hidden.

Qin An curled his lips dejectedly and stood up.

Right now, he only regarded himself as a spectator in this battle, so he wouldn't take the initiative to do anything.

Before the crisis broke out in his body, he wanted to be a runaway crowd actor.

After Qin An stood up, Song Dieyun's expression became even worse.

Song Dieyun could be considered one of those petite women.

In other words, Qin An had grown three to four centimeters in height over the years. Before the apocalypse, he was only about 1.8 meters tall.

With the height difference of more than twenty centimeters, Song Dieyun could only raise her head to look at Qin An.

The current Qin An looked around twenty years old.

Actually, he wasn't the kind of creamy boy. On the contrary, he had thick eyebrows, big eyes, and a square face. He was the tough guy in the pre-apocalyptic hero movies.

Unfortunately, tough guys were usually at the Uncle level, but Qin An looked very young. Because he was an Adept, his skin was also exceptionally good.

Song Dieyun raised her head and looked at a face that was very close to her.

However, Qin An did not look at Song Dieyun. He only opened his mouth to breathe a sigh of relief. His eyes narrowed into a crack. Last night, he really did not sleep well.

It wasn't that the ground in the concentration camp square was cold, it was just that the abnormal Little Ninth Sister had secretly covered him with more than a hundred blankets in one night, as if he was afraid that he would freeze.

Qin An couldn't help but suspect that Little Ninth Sister was his biological mother in his previous life. That was why she was so concerned about him in this life?

Song Dieyun stared at Qin An for a while, then suddenly made a move and unbuttoned Qin An's clothes, revealing her strong and curvaceous chest.

Qin An opened his eyes and lowered his head. His pure black eyes met Song Dieyun's.

In her opinion, a Level 24 mutant was absolutely impossible to exist, so she believed that the young man in front of her must have made some special materials and carved a tattoo on his chest that resembled a rune mark.

When she pulled Qin An's clothes away and looked at him, she was frightened. She felt her heart beating non-stop. What a sharp pair of eyes!

Human eyes are the window of the soul. Qin An's eyes are very bright and dark, but no matter how hard it is to tell, there is no such thing.

However, at this moment, Qin An and Song Dieyun were very close, and Qin An's eyes were indeed very divine. Moreover, he was a genuine Level 24 Ability. He had already comprehended the Heavenly Punishment Curse. A two-soul body-strengthening sword xiuzhe in the Death Spirit Realm naturally had different gazes from ordinary people.

A sense of pressure made Song Dieyun feel as if it was difficult to breathe.

She had never felt this way in front of any man, not even Plum orchard.

She lowered her head in panic. Song Dieyun was actually afraid, so she escaped.

After lowering her head, she saw the faint heart-shaped mark on Qin An's chest, as well as a blooming flower formed from twenty-four-colored flowers and leaves!

This … really seems to be a rune mark!

Song Dieyun was also a Level 7 mutant. The Zangxi Academy of Sciences had already announced that the mutants' mutation speed was accelerating. Not only did a batch of Level 6 or 7 mutants appear in the army, they even had Level 8 mutants.

In that case, a twenty-four-level mutation was absolutely impossible.

Song Dieyun was stunned for a while before her emotions finally stabilized.

Look, isn't there a faint scar on this man's chest?

This scar appeared to have been left many years ago. If he was a Level 24 Adept, how could there be a scar on his body?

One had to know that the skin of every mutant was smooth and smooth, as if they were undug raw jade.

Her mood became even more stable. Her heart, which had been somewhat warm before, once again cooled down, and Song Dieyun became that iceberg again.