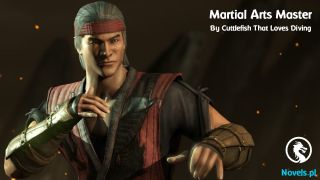 At this moment, Song Dieyun was actually a little tired. Although it was a rotating battle, as a frontline general, there were too many things to worry about. Song Dieyun had to bow down on the battlefield, so she could not rest at all. Last night, she left the battlefield at four in the morning. She only slept for three hours before she got up to work. It was the same for the past few days. It was impossible for her not to be tired after sleeping for so little every day.

When the camp was built, only one-third of the civilians had bedding. They had originally planned to flee, but in the end, they were all under control.

As Song Dieyun was walking, she saw a couple coaxing their daughter.

The little girl was probably only two or three years old, and she was very beautiful. At this moment, her face was full of tears, and she didn't know why she was crying so sadly.

Song Dieyun was stunned for a moment, and after a long time, she sighed.

In the apocalypse, the most innocent are always children.

Even if she was pitiful, Song Dieyun did not dare to soften her heart, because she knew that there were many dangerous people hidden among these so-called civilians. Even if the child was innocent, no one could guarantee that her parents were good people.

This was the cruelty of war.

Song Dieyun was twenty-eight years old this year, and she had stepped on the tail of the pre-apocalyptic era.

When the apocalypse erupted, her entire family turned into zombies. Her mother pushed her into the basement of her room before turning into a corpse, and locked the basement door with chains outside.

Three days later, an army passed by. When they heard Die Yun cry, they rescued her from the basement. That year, she was only a three-year-old child.

After the little Die Yun came out of the basement, she saw her mother, who had been cut in half by the soldiers, her father, whose organs had been eaten, and her grandfather, whose body had shattered into pieces and only had a head left.

At that moment, her tiny heart was heavily hit, and she was brought back to the camp to be released. She was stunned.

She hadn't said a word for six years. She was afraid of everyone. Her favorite thing was to hide in a dark corner, because the closed space in the darkness was the safest space that her mother had found for her.

Feng Xiaozheng has been a passionate little girl since childhood. Perhaps because of her age, the two of them gradually became best friends and sisters. Only then did Song Dieyun finally walk out of her childhood nightmare and return to normal.

At this moment, when they entered the concentration camp, the person in charge was actually the deputy general beside Song Dieyun, the Giant Ant King Yuan Jie, while Song Dieyun was just wandering around, as if she was an outsider.

"He has a rank five rune mark on him!"

An Adept Warrior with infrared vision spoke. Yuan Jie quickly stepped forward and glanced at the middle-aged man sitting on the ground.

"Stand up and tell me your identity and age!"

Yuan Jie's voice was very solemn, and the other Alliance Adept Warriors nearby also had gloomy expressions as they waited in formation.

The Level 5 mutant sat on the ground for a few seconds before standing up. He raised his hands above his head and said with a smile,

"Everyone, my name is Wang Ergou. I'm fifty years old. I'm an old fellow. I don't have any status. I'm just a commoner!"

"Mr. Wang, we have to inject you with a TC virus inhibitor because it's a time of war! Please cooperate and stretch out your hand."

The man named Wang Ergou still had a smile on his face, but his eyes were sharp as he looked at the medical officer.

Since he was a Level 5 mutant, he naturally couldn't be a white man in Shulan City. His true identity was someone from the Church of Shulan City. Originally, he wanted to run to the Yong'an Pass, but he was surrounded by a group of soldiers.

Alliance soldiers would throw out TC virus suppressor mist bombs during operations, causing him to temporarily lose his ability, which was why he was trapped.

Now that the inhibiting drug ingredients in his body had just failed, how could he be willing to see himself being injected with a TC virus inhibitor?

Wang Ergou rolled his eyes and finally decided to resist. He suddenly turned around and quickly ran back.

Before the other warriors could react, a large hand suddenly reached out and grabbed Wang Ergou, who had run more than fifty meters.

The civilians nearby, including the Alliance Army's Adept Warriors, were all stunned. They didn't know what the black palm that was the size of a giant truck was.

Ten seconds later, the hand disappeared. Wang Ergou was crushed into a ball of meat paste. After falling to the ground, his body fluid splashed and his minced meat flew everywhere. Doesn't it look terrifying?

Amongst them, the Heavenly Ghost Old Man was a movement technique that allowed the host to travel through different spatial barriers on Earth.

Otherworldly spacetime can open a space that connects to different temporal empty planes, and then allow monsters from different spaces to enter the spacetime to attack trapped enemies.

The Myriad Realm Death Qi summoned the atmosphere of different planes to form a mixture of super poisonous mist gases.

Then the giant hand that had just appeared was the super wargod summoned by Song Dieyun.

"Continue to inspect. Those who try to resist, kill them!"

Song Dieyun's voice did not seem loud, but all the civilians in the camp heard it.

Even the three-or four-year-old girl who was crying stopped crying and hid in her mother's arms, so scared that she didn't even dare to raise her head.

Song Dieyun used the corner of her eyes to catch a glimpse of the little girl's movements. She frowned and her expression became even gloomier.

Ai, has she become a motherfucker in people's hearts?

Song Dieyun was a little disappointed. Actually, she did not want people to be so afraid of her, but her iceberg name was famous even in Zangxi's army. In other words, even her comrades-in-arms were afraid of her, so what could she do?

He closed his eyes slightly and dispersed the ripples in his heart.

Song Dieyun continued to walk in the crowd and opened her eyes to look around. She was like a idle gardener. The people nearby were just potted plants for her to enjoy.

Yuan Jie and the others looked at each other before revealing a tacit smile.

They already knew that their female boss was awesome, but now that she had casually killed a Level-5 Adept, they couldn't help but feel shocked. This was mainly because every time Song Dieyun attacked, her killing techniques were almost always different. Although they were different, they were all powerful.

The Adept Warriors continued to search through the crowd, using runic marks and multicolored stone rings to distinguish between civilians and Adepts.

With Li Ergou's example, the other powers in the camp didn't dare to resist. They were all injected with TC virus inhibitors by the Allied Medical Officers and then taken away from the camp to be taken care of elsewhere.

Facing these Hellfire Adepts, the Alliance Army naturally did not dare to be careless. Not only did they have to restrict their abilities, they also had to thoroughly figure out their identities.

While the soldiers were busy, Song Dieyun had already leisurely strolled in front of everyone in Qin'an. Afterwards, her gaze fell on Yin Yao's face and she was stunned for a moment.

What a beautiful woman!

This was Song Dieyun's first sense.

Would such a beautiful woman be an ordinary commoner?

Using the multi-colored stone ring to shine over, the small stone on the ring did not emit any light.

Unfortunately, this didn't mean anything. Many mutants used genetic surgery to change their body's radiation intensity.

Moreover, high-level Adepts could also conceal the runic imprints on their bodies.

In other words, if he wanted to rely on the multi-colored stone rings and runic imprints, he would not be able to completely find out the abilities of the crowd. He still needed to make some judgments.

At the same time, Song Dieyun moved her gaze and looked at the others beside Yin Yao.

Yin Shiyao's appearance was very ordinary, but her figure was enchanting.

The other women, Lu Ya, Qin Jiusi, and even the prostitute, Guan Xiaoshan, were considered pretty good beauties.

This made Song Dieyun even more puzzled. Who exactly were they?

She strolled to the side of the few people and looked down. She noticed that the few people nearby had formed a circle. Clearly, they were a group of people.

"Who is the leader of your small team? Stand up and reply!"

As Song Dieyun spoke, her eyes finally fell on Qin An.

Actually, she had seen Qin An's picture before, but the picture in that picture looked very frustrated and only had two-thirds of his face.

Song Dieyun did not have the unforgettable ability like Qin Annan did, nor did she expect that the disgusting big-sex ruffian hypocrite would appear here, so she did not want to get entangled.

'"Ah, this female general, I am in charge. I don't deserve to be called a leader! Do you have any instructions? We are all a group of poor people, so don't make things difficult for us. We are willing to live in Zangxi or Jiulong Mountain's territory!"

The one who spoke was Dong Sheng's grandfather, Zhang Kaiyang.

Since she had already followed Yin Yao as a subordinate, she would have to help at some point.

Zhang Kaiyang could also be considered an exquisite person. After Song Dieyun finished her question, Qin An and the others did not answer. Only then did Zhang Kaiyang stand out and intend to probe the situation to see what this seemingly awesome female general was up to.