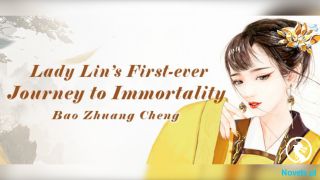 Chapter 1281 The Ghost of a Thousand Years

Qin An subconsciously repeated in a soft voice.

Sitting beside him, Little Ninth Sister was playing with two cute eggs. Hearing her father speak, she immediately said,

"Uncle, I know this person. Di Qing was a famous general of the Northern Song Dynasty more than a thousand years ago. His name was Han Chen, a native of the West River in Fenzhou. He had a face full of assassinations and was good at riding and shooting. He was known as General Mian Nie. He came from a poor family. In the first year of Song Renzong's life, he was a commander of Yanzhou. He was brave and good at scheming. In the Song and Xia wars, he wore a bronze mask and made outstanding contributions to the battle. In the court, Yin Su, Han Qi, Fan Zhongyan and other important officials had a good relationship with him. Fan Zhongyan taught the Zuo Clan Spring and Autumn Annals, so Di Qing read and mastered the art of war. To ascend pivotal secret deputy. 25 battles before and after his life, Huangyou 5th year attacked Kunlun Pass at night on the 15th day of the 1st month, which was the most famous. Unfortunately, when Di Qing was alive, he was suspected by the Imperial Court, causing him to end up depressed… "

"How do you know so well? Your memory is not bad." Qin An asked in surprise. At the same time, he felt that he remembered a lot of things in his memories.

For example, he is now in China, such as the dynasties in Chinese history. For example, he does seem to have a wife. He loves her very much, but that woman is really not Qi Lu.

The energy of the Amnesia Curse Token began to dissipate, which meant that Qin An would gradually recover his memories.

Little Ninth Sister heard her father say that she had a good memory and was very happy. Afterwards, she pouted and said wrongly,

"My mother brought me to live in the north polar region since I was young. Ah, there's nothing fun there except for some big mutated polar bears. I am usually too bored, will read a lot of books, read more memory also became better, mother said it is because of concentration reasons. Without anyone to play with me, I could only read books, so my results were naturally very good because of my concentration. I know a lot from books! "

Qin An nodded, his gaze still landing on Di Qing and Dong Sheng a few hundred meters away. He pondered for a while before saying,

"Are you saying that Di Qing was a person from more than a thousand years ago?"

"Yes, he is. He is still quite famous. Haven't Uncle heard of him?"

At this time, Yin Yao, who was sitting not far away, suddenly said,

'"I heard that there is a Dark God Tower in Hellfire Stronghold. There are eleven Dark Gods living inside. The ghost aura on Di Qing's body is soaring to the sky. If what I expected is correct, he should be one of the eleven Dark Gods. A thousand-year-old ghost can contend against a four-soul sword xiuzhe. He suddenly appeared here. Perhaps the Master God hiding behind Mo Ling Sect is going to attack!"

"Ghost? Master God?" Qin An was dumbfounded. His subconscious was originally just something from before the apocalypse, so he naturally understood things like ghosts and gods. However, he just felt that these things were very fantastic and shouldn't appear in the real world.

However, it was actually nothing. Right now, all the abilities in this world were flying everywhere, and there was no need to be curious about the appearance of ghosts and gods.

Qin An did not think that this matter had anything to do with him, so he continued to be a spectator. However, deep down, Qin An always felt very depressed.

On the other side, Dong Sheng had already sat on the ground and started chatting with Di Qing, who was also sitting cross-legged on the ground.

"Big brother, how long have you lived in this Peacock Stage?"

"Six years. Six years ago, I woke up from the fog and returned to my hometown. I knelt down and buckled my head twelve times to the west to bid farewell to my mother's soul. I've been alive ever since." Di Qing did not answer the question.

'"Yes! Everyone will have thoughts when they die. This can be considered a spirit grievance of ghosts. My spirit grievance is that when my mother passed away, I was unable to return home to visit her. Only by waking up this time and fulfilling my wish can I regain my fleshly body and become a human again!"

"Big brother, what you said is truly frightening. Could there really be demons and ghosts in this world?"

"Haha, maybe not in the past, but there really seems to be …"

"Really? Then tell me, what monsters do you have?"

As Dong Sheng finished speaking, Di Qing, who had been closing his eyes, suddenly opened his eyes.

Dong Sheng had been looking at Di Qing's face the entire time. At this moment, he was so frightened that he moved his butt backwards and retreated more than a meter away. He only felt a chill run down his spine.

Di Qing's eyes were too frightening, because they did not have white eyes or eyeballs. They were only deep black. They looked incomparably hollow, as if they did not have a soul, and they seemed to be two deep muddy pools, causing people to sink deeply into the mud with a single glance.

Di Qing did not answer Dong Sheng's question because he was looking at the entrance of the concentration camp.

There, the door had already been opened, and a woman wearing a black tights inside and black fine iron armor outside walked in.

At this time, Qin An also noticed this woman and learned her identity and name through the whispers of the soldiers nearby.

Golden King of Song Soul, one of the four beauties under Plum orchard, Song Dieyun!

For the past five days, Song Dieyun, Feng Xiaozheng, Ye Siya, and Gu Lanfei had been fighting on the frontlines in turns.

For example, if the first day was Song Dieyun and Feng Xiaozheng brought people to the front, then the next day would be Ye Siya and Gu Lanfei.

Of the four women,

Ye Siya's personality was the quietest, Gu Lanfei's temper was the hottest, Feng Xiaozheng's temperament was the most straightforward, and Song Dieyun was a genuinely cold beauty.

Song Dieyun and Feng Xiaozheng are good friends. They are Plum orchard's godsister. Actually, they admire Plum orchard. Therefore, their relationship with Ye Siya and Gu Lanfei is not good. Naturally, they are not willing to fight together.

The Alliance Army had already crossed the broken Yong'an Pass and was advancing forward, taking the number of enemies they killed and the scale of advancing as a type of competition to be rotated to the front lines. The Alliance Army was brave enough to fight against the enemies, but now, they had crossed the broken Yong'an Pass and continued to advance.

Today, it was Ye Siya and Gu Lanfei's turn to bring people to the tent. After Song Dieyun and Feng Xiaozheng rested, they began to sort out the entire Peacock Stage.

What she needed to do was to distinguish the civilians here and find out if there were any other abilities hidden in the concentration camp.

After all, there were a large number of civilians in the Peacock Terrace, and the Alliance soldiers had only conducted less than a tenth of the screening of civilians.

Qin An looked at Song Dieyun and saw that this woman's appearance was not bad. Although she couldn't catch up with Yin Yao, she was still considered a peerless beauty.

There was no ripple in his heart, and Qin An was still a spectator.

Song Dieyun brought dozens of subordinates into the camp. The accompanying medical officers began to use measuring instruments to probe everyone, so as to completely eliminate the existence of the Adepts.