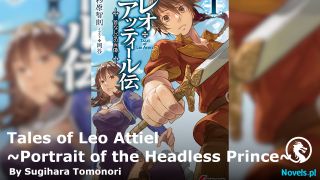 «The Earth Is My Dantian (Web Novel) - Chapter 873: A sword hanging in front of the celestial court

Chapter 873: A sword hanging in front of the celestial court

The nine heavens were hanging high.

This was an incomparably huge building. The building surrounded more than ten planets. These planets bore the motion of the bottom, surrounded the celestial court, and supported the Celestial Court.

The huge immortal court was not damaged. It stood there cleanly.

But Ye Sheng could also see that the interior of the immortal court was empty.

The people of the Immortal Court had disappeared.

“What’s going on?”Ye Sheng looked around in confusion. He did not find any members of the chaos race.

“Main body, look.”The Earth clone pointed. Across the distant galaxy, Ye Sheng saw a resplendent sword light. It flew through the universe and surrounded the immortal court. Anyone who got close or had any power would be killed.

“What is this?”Ye Sheng looked at it in confusion. As he got closer, he could see that this sword had seized the fortune of Heaven and Earth. It was filled with endless killing intent. It shook and spread out. Circles of ripples spread out in all directions.

Once these ripples touched it, they would be killed. This sword looked like a divine artifact.

But Ye Sheng felt that it was very familiar.

Ye Sheng stared at the sword. For some reason, he felt that it was very familiar.

He felt like he had seen this sword somewhere before.

But where was it?

Ye Sheng tried to recall, but he couldn’t remember. What kind of sword was this?

“My true body, there’s no one in the immortal court right now. If you go in, you can check the information, but I have a feeling that the information might have been taken away,”the ancient God clone said.

Ye Sheng nodded, agreeing with this idea. But no matter what, under uncertain circumstances, he had to go once to see what was there.

“Let’s go. Avoid this sword and enter the Immortal Court.”Ye Sheng carefully observed. He discovered that the ripples and sword qi emitted by this sword would have a short pause or interval after every 99-81 cycles.

Once he took advantage of this break, Ye Sheng could enter.

Estimating the time, Ye Sheng waited for the next short break. One round after another. When it was 80 rounds, Ye Sheng braced himself and could enter immediately.

But at this moment, Ye Sheng saw a teleportation array open in the distant starry sky. A huge interstellar spaceship crossed the void and arrived here.

There were many terrifying auras on it.

“Chaos Race!”Ye Sheng frowned. He did not expect the chaos race to come here.

ye Sheng thought carefully. Once the chaos race’s spaceship left the teleportation array, he would definitely be exposed. Therefore, if he left now, he would have a chance to escape.

However, if that happened, the immortal court would no longer exist.

The Primal Chaos would definitely destroy the immortal court the same way they destroyed the divine court. If there was a way to go to the seventh world recorded in it, it would also be destroyed.

Ye Sheng finally saw hope. He would not tolerate the primal chaos to destroy the immortal court just like that.

“I’m not leaving,”Ye Sheng said in a deep voice as he watched the end of the round of the divine weapon longsword.

This round was over. After a short pause, Ye Sheng could enter the immortal court, find what he wanted, and then fight his way out.

Thunder erupted in the outside world. The interstellar spaceships in the teleportation array also separated and appeared in this universe.

It was 15 kilometers long and a few kilometers wide. Rather than calling it an interstellar spaceships, it was more like a moving universe island.

The interstellar spaceships were packed with countless chaos race warriors. However, after they exited the teleportation array, the first thing they saw was the huge building of the celestial court.

The second thing they saw was Ye Sheng standing under the immortal court.

The interstellar spaceship scanned and gave an answer.

“Target: Ye Sheng. He is a wanted man of the chaos. If you kill him, you will get countless treasures and resources.”

The leaders of the immortal kings glanced at each other and saw the disdain in each other’s eyes.

No matter how powerful Ye Sheng was, he was only at the half-immortal realm. Even if he had broken through to the immortal realm recently, he was still very weak.

Their sources of information were still the same as before. They had no idea that the current ye Sheng had completely transformed.

For this transformation, Ye Sheng had separated from Beauty Zhou. One was in the main universe, and the other was in the seventh world.

The interstellar spaceship passed through the teleportation array and flew over. It was full of technology and was about to attack Ye Sheng.

“Ye Sheng, you are a great enemy of our primal chaos tribe. You are a wanted person. Killing you will help our tribe,”the person on the interstellar spaceship said coldly.

Ye sheng laughed mockingly, “Even so, you guys still have to be able to capture me.”

“You are only at the immortal-foundation realm, yet you dare to speak so shamelessly?”An Immortal King coldly spoke, his eyes filled with disdain. In an instant, he stretched out his hand, blotting out the sky and covering the entire universe. Everything in the world would be affected by this palm strike.

If Ye Sheng didn’t flee, he would definitely be enveloped by this palm strike. This was the immortal King Realm. They had a deep understanding of the primordial laws, and in addition to their profound realms, their attacks were extraordinary.

But in Ye Sheng’s place, it was completely useless. He opened his eyes and didn’t escape. He looked at the sword light behind him that had come to an end, and smiled, he said mockingly, “If you have the ability, then come. I’ll wait for you here.”

Ye Sheng took advantage of this opportunity to quickly escape into the immortal court behind him, avoiding the killing blow of the divine weapon.

However, the big hand that was descending didn’t have the opportunity to enter. It was swept by the fluctuations of the divine weapon.

The long sword rang out, resounding throughout the universe. A resplendent sword light ruthlessly slashed out.

This big hand was directly cut off. It was like cutting tofu. It cut very quickly, without any hesitation. This caused the immortal king to roar loudly, the pain penetrating into his bone marrow, his voice trembled as he said, “What is this thing? It’s actually so terrifying. I feel like I’ve been killed in an instant.”

The hand that was lost was lost forever. This longsword seemed to have some mysterious ability that prevented the limbs from healing.

If you were cut off, you would be cut off forever. There would be no resurrection, no second life.

When Ye Sheng saw this scene in the immortal court, he sucked in a breath of cold air. Fortunately, he did not rush in recklessly before, so it was hard to say which part he was missing now.

“Damn it, what kind of treasure sword is this?”

“The people of the Immortal Court have all escaped. Why didn’t you take this divine weapon with you?”

“Maybe you want to keep it to protect the Immortal Court’s base camp?”

“What a joke. Under our chaos clan’s sweep, can he protect it?”

“Ye Sheng has entered the immortal court. We should enter as well. Killing him will not only reward us, but also remove a hidden danger for our chaos clan.”

“We can’t enter. This divine weapon longsword is here. No one can enter.”

“Yes, the Divine Weapon Longsword is too strange and powerful. We need to be careful.”

“Then how did Ye Sheng Enter?”

Someone asked the questions in many people’s hearts.

Why they can not get in, but Ye Sheng can get in?