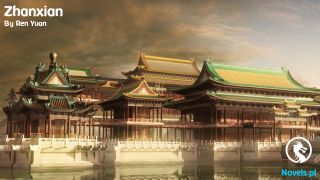 «The Earth Is My Dantian (Web Novel) - Chapter 874: The old man who forged the sword

Chapter 874: The old man who forged the sword

Ye Sheng entered the immortal court. There was a Milky Way between him and the interstellar spaceship of the primal chaos race. It was not too far away, but there was a divine weapon longsword in between.

The Immortal Court was well protected. It was empty and there was no one inside, but everything else was perfect.

“Report to the clan and tell them that something unusual has happened here.”The Immortal King of the primal chaos outside said coldly. After losing a hand, he didn’t feel too conflicted. Instead, he set his target on Ye Sheng, wanting to take revenge on him.

“Surround the immortal court and don’t let him run out. Wait for the experts of our clan to come and deal with Ye Sheng.”Another immortal king said coldly.

The Primal Chaos Universe ship began to split into several sections, guarding the four sides to ensure that Ye Sheng could not escape.

Every side had an immortal king guarding it, allowing Ye Sheng to see it clearly.

“Main body, what should we do?”The Earth clone said worriedly.

One immortal king was enough for Ye Sheng to endure, let alone four. These four immortal kings even called the primal chaos experts over.

Ye Sheng also felt that it was troublesome. With a gloomy gaze, he said, “Since it has already happened, don’t worry. Let’s first search this immortal court. If we can find a way to the seventh world, the last thing we need to do is to kill our way out.”

The Earth clone and the ancient God clone immediately came out of Ye Sheng’s body and began to split up. The vast immortal court probably didn’t have enough time to rely on Ye Sheng alone.

Even if the chaos clansmen didn’t come, those immortal kings could still find the pattern after watching it once or twice. When the time was right, they could come in.

The Earth clone and the ancient God clone separated. Ye Sheng wandered around the main hall of the immortal court to observe.

This was his first time coming to the immortal court. Everywhere he looked, there was an extremely beautiful atmosphere, a solemn atmosphere, and a majestic palace. It was magnificent.

But unfortunately, such a place was defiled by the juniors.

Ever since the Immortal King left, the new successors of the Immortal Court had no backbone and chose to cooperate with the chaos race. Gradually, they were lured by the chaos race and fell too deep into it, unable to extricate themselves.

In the end, the immortal court became a branch of the chaos race, and this branch was an existence that could be discarded at any time.

Now, the people of the immortal court should be able to see through the true colors of the primal chaos, but they could no longer save themselves.

Ye Sheng even suspected that when they left, they didn’t have the sword in front of them.

Otherwise, would the immortal court run away with such a powerful magic treasure?

Even if they ran away, wouldn’t they take this magic treasure with them?

Ye Sheng didn’t believe that they had left a divine artifact behind to protect their headquarters.

This was ridiculous. That was why ye Sheng wanted to come in and investigate thoroughly. Even if it was very dangerous, Ye Sheng did not care.

As he walked up the hall, Ye Sheng seemed to be able to sense that the immortal king and the others of the first generation had created the immortal path and found a heavenly path for all spirits. Everyone who came later would thank the Immortal King.

Just as Ye Sheng was walking up, he suddenly heard the sound of knocking.

“It’s forging iron. Someone is forging iron.”Ye Sheng immediately looked at it in pleasant surprise. This Ding Ding Ding rhythm was the sound of a hammer falling on a piece of iron.

There were still people in the immortal court, but not all of them had left.

The closer he got, the clearer the knocking sound was, the more rhythmic it was, and the more terrifying it was.

Listen carefully. Although this rhythm was very consistent, when it was stacked together, it was very exciting. It made people’s blood boil, as if their hearts were about to jump out of their mouths.

Fortunately, he knew that this was not right. He had to control himself. He closed his eyes and stabilized his exciting blood before stepping into a room.

This was a casting room. It was filled with all kinds of things, all rare minerals and treasures in the universe. All of them were thrown into the raging fire by an old man, and then he began to knock on them.

Ye Sheng saw that the old man was thin, and his face value was a little depressed, as if it was caused by hunger. However, the old man’s eyes were extremely blazing. He stared at the live furnace, stared at the melted equipment inside, and kept taking them out, knock Knock Knock.

The old man was forging a sword. The heavenly materials and earthly treasures that he had fused with this sword were extremely rare. Ye Sheng could recognize no less than dozens of them. They were all rare and rare equipment, and now all of them were being forged on this sword.

The body of the long sword was formed, but it still needed to be carefully polished. This was something that could not be rushed.

The old man was focused on forging the sword. When Ye Sheng arrived, he did not even glance at him. This made Ye Sheng a little embarrassed as he stood at the door and watched silently.

The old man’s skill in forging a sword was very good. It was not an exaggeration to say that it was superb.

Ye Sheng saw that the old man was extremely busy and did not even rest. It seemed that he had reached a critical juncture, so he did not open his mouth to disturb the old man’s state.

Ye Sheng knew that some people were forging swords and were completely devoted to it. If they were disturbed by others, the sword would be destroyed at worst, and they would be seriously injured at worst.

This was not a joke.

Thus, one person forged the sword while the other watched silently.

But soon, this balance was broken. The old man glanced at the temperature in the furnace and frowned. Without turning his head, he said, “You go and heat up the furnace. Once the furnace is heated up, I can continue to forge the sword.”

This was the old man’s first sentence, which stunned Ye Sheng.

He was going to make a fire?

Ye Sheng, who was at the immortal realm, was going to make a fire?

This fire was definitely very different from the flames in the mortal world. This fire could only be activated at the immortal realm at the very least.

After saying this, the old man immersed himself in his world of sword forging.

He also wanted to see what was refined out of so many heavenly materials and earthly treasures?

The several-zhang-high flame charged up, incinerating all the materials inside and fusing them into one. The old man used it to forge a sword.

Just like that, Ye Sheng began his life of burning.

This burning lasted for about three days.

Three days later, Ye Sheng’s entire body collapsed. He really did pour all his immortal qi into the furnace to maintain the temperature of the furnace for the sake of the old man’s words.

“Old Man, I can’t take it anymore. You can continue by yourself.”Ye Sheng sat weakly on the ground, not wanting to say a word.

“There’s still one more step, I don’t need you anymore. I’ll go capture an immortal king for a blood sacrifice. I’ll use the immortal King’s essence to burn the boiler, completing the final step.”The old man’s wrinkled face was filled with murmurs, causing ye Sheng to be speechless.

Capturing an immortal king for a blood sacrifice, you old man, aren’t you asking a little too much.

But this old man’s speed was extremely fast, he directly disappeared and reappeared outside the immortal court. With a boom, he grabbed the immortal king who had a broken arm, he spoke as though he was buying vegetables and discussing, “Although you are an immortal king who used resources, your luck isn’t bad. You have quite a lot of primordial laws and can be used as materials to burn the fire.”

The old man was very simple. His clothes were very simple and he looked like a poor old man. However, the words he said at this moment had frightened everyone.

An Immortal King was lifted up by him just like that. He didn’t have any dignity at all.

How terrifying was this old man?

Even many members of the chaos race were asking, thinking, who is this old man?

Why is he so powerful?