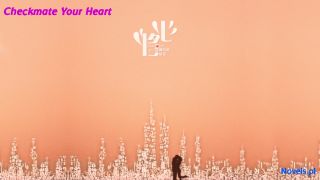 «The Earth Is My Dantian (Web Novel) - Chapter 872: Shattered Hope

Roaming the universe, Ye Sheng discovered that this universe was filled with the flames of war. The Primal Chaos race attacked in full force, sending out all their manpower to destroy the various major powers.

This was a carnival. Under the carnival, it was the primal chaos race who vented their desires.

Wherever Ye Sheng looked, he would kill the members of the primal chaos tribe. However, there were even more places that he didn’t see. Ye Sheng couldn’t save them.

The universe was wailing, and the lives of the people were in dire straits. It made people despair.

“Damn it!”Ye Sheng frowned. He was very angry, but he could only suppress his anger. There were many immortal kings and Immortal Emperors of the primal chaos tribe. There were so many that he couldn’t believe it. There was simply no way to resist them.

The Primal Chaos race, which had been destroyed for seven epochs, finally showed their strength.

Ye Sheng could only avoid them. He didn’t want to be entangled with immortal kings. Once he was entangled, it would be very difficult for him to go to the seventh world.

Fortunately, Ye Sheng wasn’t a weakling now. If he didn’t want to fight, he could still leave.

Half a month later, Ye Sheng came to a ruin.

The Eighth Heaven of the divine realm had been completely destroyed and turned into a mess.

The broken walls, the collapsed heaven pillars, the fallen divine court, and the corpses all over the ground. At this moment, the divine court was completely destroyed.

The ancient God’s avatar sighed and said, “As expected, cooperating with the chaos race is like asking a tiger for its skin. It’s very scary. The Divine Court has always been supporting the chaos race in the dark, but now, they can’t escape either.”

The avatar of the earth shook his head and said, “This is the path they chose. Back then, Lucifer saw the problem and didn’t choose to continue working with the Divine Court.”

Ever since the immortal king disappeared, the supreme beings of the divine court retreated and the new divine court fell to the chaos. Until now, the seniors of Du Qingyi left the Divine Court and separated.

Had the immortal court suffered as well?

The Divine Court was probably the same!

Ye Sheng let out a long sigh. The Saviors of this universe were people like Chu Xiangyu and Lucifer who had been scheming in the dark.

“My main body, the demon cave has been destroyed. We have lost the entrance,”the ancient God’s clone suddenly said anxiously.

Ye Sheng frowned. He could not care less about his emotions and rushed to the ruins of the eighth level of the deity world.

The ninth level of the deity world had collapsed at this moment. One layer after another, it broke the original nine small worlds, completely disappearing without a trace.

Therefore, the demon cave had also been destroyed.

When Ye Sheng rushed here, he only saw a simple black hole. With a sweep of his divine soul, he could see the bottom of the black hole.

The Collector had told Ye Sheng that only this place could enter the seventh world, but now, this place had been destroyed.

Ye Sheng didn’t have the ability to tear through space and directly enter. This also meant that Ye Sheng could only stay in this universe and not see his wife and daughter.

“Main body, what should we do?”The Earth clone asked.

Both the ancient God clone and the Earth clone knew that Ye Sheng cared very much about Beauty Zhou. Even if they were Ye Sheng’s clones, they had the same thought and personality, so they inherited different aspects, however, Ye Sheng’s main personality still did not allow the two of them to Touch Beauty Zhou.

They could not even see Beauty Zhou once.

From this, it could be seen how much ye Sheng Loved Beauty Zhou.

Along the way, Ye Sheng had experienced countless temptations and witnessed many beauties. However, as he passed through a myriad of flowers, he did not touch a single leaf. He only loved Beauty Zhou.

Thus, both the Earth clone and the ancient God clone were very worried about Ye Sheng.

Ye Sheng raised his head. His expression was a bit unsightly, but his emotions were still stable, “It’s not like I didn’t think of this situation before. Once the Divine Court is destroyed, the entrance is very likely to be destroyed. Even those who have entered the seventh world will destroy this entrance.”

“What do we do now?”The ancient God clone asked a crucial question.

They couldn’t go to the seventh world, and there were great wars happening everywhere in this universe. The members of the primal chaos race were having a final carnival, killing and plundering…

And Ye Sheng, who was in it, would also be affected.

The universe was destroyed, and the era was destroyed. Ye Sheng was in it, but he was just a small boat floating in the turbulent sea.

A huge wave hit him, and Ye Sheng was smashed into pieces.

Ye Sheng frowned and pondered. He couldn’t go to the seventh world, and he couldn’t see Beauty Zhou and ye Yun ‘er. Ye Sheng had to think for himself.

Under such a disaster, an individual was extremely small. Unless you reached the transcendence realm and turned into a Rockman, you would be invincible under the world.

They could only band together.

Ye Sheng wanted to find the survivors of these large factions and band together to find a solution.

The clone of the ancient God and the clone of the Earth also agreed with this idea. They immediately entered Ye Sheng’s Sea of consciousness and began to merge the three techniques into one.

Ye Sheng took a step forward and appeared tens of thousands of Li away. He wanted to go to the divine court.

Ye Sheng knew where the immortal court was, but he had never been there before.

But it was different now. No one cared about this now. In the face of a great enemy, he should contact all the useful forces. Ye Sheng believed that if there were survivors in the immortal court, they would definitely agree with his ideas and opinions.

Ye Sheng rushed to the immortal court, afraid that if he arrived too late, there would be nothing.

“There are a lot of books in the immortal court. If we can see them, I wonder if we can find out how to enter the seventh realm,”the Earth clone said.

“We can give them some hope, but not too much,”the ancient God clone said with a nod.

The two people in Ye Sheng’s sea of consciousness each told him their ideas and plans. Ye Sheng would choose the best one.

This is a three-pronged, belong to a very strong spiritual control of things.