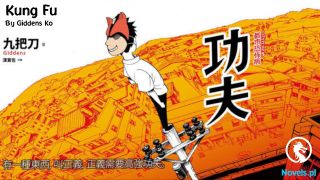 Chapter 825: Green robed man with a city on his back 1

World War One’s sword swept over at an extremely fast speed. The sword radiance shot out for 30,000 kilometers and immediately split apart the ice and snow, sealing the land forever.

The only female among the descendants of the four knights was called Yun Wen. She was an ice and snow controller and was extremely powerful. At this moment, facing world war’s powerful attack, her face was cold and her jade-like hands trembled. The starlight sprinkled down, incomparably resplendent, it was dazzling.

When the starlight shone down, it formed a misty fog of ice and snow. It instantly covered her figure and disappeared. World War had no idea where her opponent was?

If World War’s divine soul was powerful enough, it would be slightly better. However, his divine soul was not strong enough and could not be discovered. Therefore, Yun Wen used world war’s weakness to forcefully hide himself and launch a sneak attack.

In any case, as long as she could kill World War, she didn’t care how she killed him.

When World War saw this scene, his expression didn’t change. His opponent’s cultivation wasn’t weak either, so how could he not have a way to deal with him.

But so what if he had a way to deal with him? World War would still attack him forcefully, so he wasn’t afraid.

Sweeping across the world!

World War let out a loud roar that shook the heavens and covered the entire universe. It was incomparably loud and resonated from his chest. One Ring after another, it quickly spread out and caught traces of his opponent.

Yun Wen never expected that her concealment technique would be destroyed by World War. This was like a joke.

Her expression changed drastically and she hurriedly retreated, trying to avoid world war.

However, World War would not give her the chance. The nine battle swords were like nine meteors as they charged towards her.

She had been found by World War, and since she could not escape, she was no match for him either. What should she do?

At this moment, Wu Mingwu struck out with a law. It swept up the snowflakes and turned into a huge sun as it ruthlessly smashed towards her.

“Go to Hell. You still want to kill us when the four of us are working together?”Wu Mingwu shouted coldly. Together with the other two people, they broke through World War’s obstruction and attacked at an extremely fast speed.

Yun Wen laughed out loud and was overjoyed. If World War dared to kill her, then both sides would suffer heavy injuries. World War would injure her, but he would also have to endure the attacks of Wu Mingwu and the other two.

A sharp glint flashed in World War’s eyes. He stared at Yun Wen and revealed a fierce glint. He did not hide it at all and attacked furiously.

World War wanted to kill Yun Wen. Even if he had to pay the price of being injured, he would still kill Yun Wen.

If he didn’t kill Yun Wen, he would be grinded to death by the four of them. If he killed Yun Wen, war the world still had a sliver of hope. He would fight for his life with his injuries.

“It’s too early for you to be happy,”war the world said coldly. He immediately waved his hand and the nine battle swords fell like rain. A violent aura spread out in all directions and the ripples shook.

This time, Yun Wen was completely hit. He let out a miserable cry that resounded throughout the universe.

“Ah Ah Ah Ah! I want you to die. Since you dare to hurt me,”Yun Wen’s expression was extremely furious and terrifying, her body had been pierced through by nine battle swords. Her chest and four limbs were filled with battle swords. After being subjected to such torture, she was still unable to die for the time being. This pain made Yun Wen’s heart tremble.

If she were to be attacked again, she would definitely die.

“You’re arrogant!”When Wu Mingwu saw this scene, his face turned ashen. With a furious roar, he crossed the ground and struck down with his palm.

However, Zhan World’s armor and his physical body were both indestructible. Under the circumstances where Zhan world was in unbearable pain, his internal injuries were actually not serious.

He even had the time to pull out the nine battle swords that had been inserted into Yun Wen’s body. Then, he combined them into one. With the Heavenly Sword in his hand, he slashed viciously.

The heavenly sword was like a shooting star that swept across the sky, bringing with it a spray of blood. It was extremely eye-catching. On the pure white land, on the extreme ice and snow, it was extremely enchanting.

This was Yun Wen’s head. At this moment, it had been chopped off by Zhan world. Even his divine soul had been strangled by the heavenly sword. There was no hope of resurrection.

“Damn it!”Wu Mingwu was furious. The four of them had come together, but now, one of them had been killed by World War. It was a humiliation.

The other two were also furious. They directly exploded with powerful strength and attacked World War, who had no way to fight back.

The chaos strike shattered more than ten pieces of World War’s armor, and World War spat out a mouthful of blood. His face was pale.

The ten thousand soul devourers were even more terrifying. They invaded World War’s head and wanted to devour his soul. This caused World War to roar angrily, “Get the hell out!”

His furious roar resounded throughout the world and shook the earth. The ice and snow instantly shattered. Without the support of the cloud pattern, the ice and snow were not worth mentioning.

“Not good, World War is going too far.”Ye Sheng said worriedly in the Pantheon Pill Furnace. He was secretly shocked. In order to kill the cloud pattern, World War took a blow from Wu Mingwu and the other two. His injuries were not light.

No matter how strong World War’s defense was, it was not easy to defend against a few people of the same level. This was very obvious.

“If we don’t Kill Yun Wen, we will be worn to death. If we kill him, we will also be injured. It will be harder to fight. This is a choice. I think it is right,”du Qingyi said in a deep voice.

“Yes, it is right. But now, World War is fighting against three people. He is still injured. Wu Mingwu and the other two are not injured,”Zhuge Xiaoming said worriedly.

“Let’s see if there are any changes.”Chi Jun said seriously.

The four of them were worried about the outside world in the Pantheon Furnace. In fact, they could only worry and couldn’t do anything else. In a battle of this level, if they went out, they would die.

In the outside world, after World of war received the fierce attacks from the three of them, he swept out with his sword. The terrifying sword Qi surged in the sky and forced Wu Mingwu and the other two to retreat.

A cornered beast was still fighting. This was the most dangerous time. They were sure that world war was injured, so they were not in a hurry. They just had to slowly grind world war to death.

“You killed Yun Wen this time. You are really amazing. Under the Siege of the three of us, you still have this ability. You are indeed extraordinary,”Wu Mingwu said coldly.

“It is also because you are amazing that you can not live. You must die,”a man with a cold expression said.

“Many of our four knights have been killed by you. This time, you will definitely die.”The last man’s eyes were filled with blood.

The three of them formed a triangle and surrounded World War. They did not attack immediately but waited for world war’s injuries to become more serious before taking him down.

This was their strategy and World War knew it. However, he had no choice but to stand up straight.

World War was just about to speak when his expression suddenly changed. He looked towards the place where the heaven and earth intersected and a terrifying aura spread out.

Wu Mingwu and the other two also looked on in disbelief. was there anyone else in this place?

Ye Sheng, who was in the Pantheon Pill Furnace, was also extremely shocked. He muttered, “What is this?”

An ancient city floated over. Its majestic aura shocked everyone present and everyone stared with wide eyes.