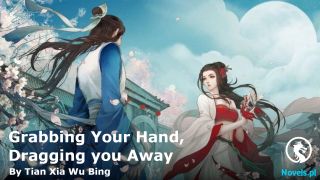 «The Earth Is My Dantian (Web Novel) - Chapter 826: Qingshan came from behind the City 2

Chapter 826: Qingshan came from behind the City 2

The ancient city was very old. The city walls were mottled and many places had fallen off. The city gates were tightly shut, but one could vaguely see a statue in the ancient city.

This ancient city was not unfamiliar to Ye Sheng.

Zhuge Xiaoming was not unfamiliar either.

Du Qingyi and Chi Jun were not unfamiliar either.

It was an ancient city in the battlefield of this era. Ye Sheng and the others had entered before.

It was the ancient city of a transcendent, but unfortunately, this transcendent didn’t have much time left. After turning into a Rockman, he failed on the path of transcendence.

The Rockman’s regret was his voice.

But wasn’t this Rockman supposed to be dead?

His ancient city should have been completely destroyed with the passage of time. Why was it here?

Also, who was the person carrying the Rockman from the ancient city?

Ye Sheng opened his eyes wide and looked carefully. He didn’t even blink. He wanted to know who it was?

Du Qingyi, Zhuge Xiaoming, and the Chi Army were all the same. They didn’t even blink. They wanted to know who it was?

It wasn’t just them. Zhan tianxia, Wu Mingwu, and the others also had solemn expressions.

The aura of the person who came was so huge that it was impossible to ignore. This aura made Zhan Tianxia’s heart palpitate and he felt flustered, let alone Wu Mingwu and the others.

Wu Mingwu’s expression was gloomy. were these people enemies or friends?

If they were enemies, then it would be troublesome. If they were friends, then Zhan world would undoubtedly die.

The ancient city pushed the wind and clouds, sweeping up a large amount of aura and squeezing over.

When they came close, everyone guessed clearly that the person who moved this ancient city was actually a woman.

Green robes had a sorrowful look on his face. His eyes were filled with grief, anger, and even more, killing intent.

It was directed at Wu Mingwu and the others.

Wu Mingwu’s heart jumped in fright. He stared at Green robes and furrowed his brows. He had no idea why he had offended her?

Zhan Tianxia also furrowed his brows. He didn’t know this woman either. What was she trying to do by carrying an ancient city on her back?

They didn’t know each other, but Ye Sheng did. When he saw the senior in the Pantheon Elixir Furnace, he immediately guessed everything.

“The Rockman waited for the senior in the end, and the senior in green is probably here to cause trouble for the Four Horsemen,”Ye Sheng said quickly.

However, all of this was because the descendants of the four knights messed up the original arrangement of the stone man, making the stone man choose to die and not persist.

How could Qing Shan Senior Sister Not Hate? How could she not be angry?

“This will be a good show to watch. Qing Shan senior sister is very powerful.”Zhuge Xiaoming immediately became excited and said.

“Look forward to it. We might have a chance to leave this place.”Du Qingyi’s eyes were full of expectation.

“Two people against three of the four knights, is that Alright?”Chi Jun said worriedly.

Carrying the ancient city on her back, senior Qingyi held it with one hand. Her entire body was filled with a sorrowful aura. The so-called relationship between her and the Rockman would completely disappear with the Rockman’s death.

She came here today to kill someone.

The blue-clothed senior sister hadn’t been this angry for a very, very, very long time.

No, this shouldn’t be anger. She simply wanted to kill someone.

The person who killed the four horsemen.

Her anger turned into a direct connection to the fact that she wanted to kill someone.

Holding the ancient city with one hand, the blue-robed senior sister came before Wu Mingwu and the others. Then, without saying anything, she directly pressed down.

At this moment, the ancient city of the Rockmen directly covered down, as if the sky had collapsed. As it pressed down, it caused clouds and mist to churn, and violent winds to rise up in all directions. It was a grand scene.

Wu Mingwu’s tightly furrowed brows did not dissipate. He angrily shouted, “Who are you? We have no enmity with each other. We don’t even know you, so why did you attack us?”

Where did this crazy woman come from? She carried an ancient city on her back, and without saying a word, she smashed it down on them?

World War I also watched curiously. He did not move and tried his best to recover from his injuries. When he realized that the ancient city was not crashing down on him, he immediately felt relieved and watched coldly from the side.

As soon as she finished speaking, an ancient city was immediately covered with rumbling sounds.

Wu Mingwu’s body instantly enlarged. His Dharma Idol, heaven and earth, sent out a punch that wanted to shatter the ancient city.

However, the ancient city was condensed by a transcendent expert. How could he shatter it?

A failed transcendent was also a transcendent. It wasn’t something Wu Mingwu could contend against.

His punch was immediately bounced back. A powerful force shook Wu Mingwu’s body, causing him to tremble. He spat out a mouthful of blood, and his expression changed drastically. He asked in disbelief, “What the Hell Is This?”

Wu Mingwu could not understand. A mottled ancient city actually had such power. It was unbelievable.

The descendants of the other two four horsemen were also very miserable. They used all their strength, but they were still suppressed by the ancient city. The ancient city was like a collapsed sky, directly suppressing them.

Standing on top of the ancient city, the senior in green looked down at them. Her eyes became cold. Her beautiful hands trembled, and she struck out with a divine rule.

This was one of the most terrifying moves of the senior in green, and it was also an epiphany that she had gained from her second life. At this moment, she didn’t hesitate to use it in order to take revenge for the Rockmen.

The annihilation of all living things struck down, and it was extremely terrifying. Zhan Tianxia was so frightened that he immediately retreated. On the other hand, Wu Mingwu tried his best to charge upwards, and all the strength in his body transformed into a fierce ray of light. It was dazzling and dazzling, and he wanted to break through the suppression of the ancient city.

Wu Mingwu watched as his body slowly eroded. His soul began to rot, and his life force rapidly drained. This made him very nervous and anxious. He stared at the blue-clothed senior and wanted to beg for mercy.

Wu Mingwu watched as he quickly disappeared, leaving only his head in the air.

The remaining two descendants of the four horsemen were the same. They were completely weathered, without a single shadow. Only the empty blue-clothed senior sister was left standing alone in the air.

In the distance, Zhan Tianxia swallowed his saliva. He didn’t know what to say. It was too fierce.

In the Pantheon Pill Furnace, Ye Sheng, Zhuge Xiaoming, and the others also had an eye-opening experience.

The azure-clothed senior who had lived her second life suddenly became ridiculous.