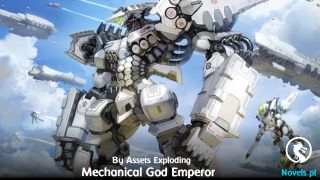 «The Earth Is My Dantian (Web Novel) - Chapter 827: Return to the vault of Heaven Star

Chapter 827: Return to the vault of Heaven Star

In the blink of an eye, the azure-robed senior had killed Wu Mingwu and the others. War the world was so frightened that he immediately put away his battle sword and stood at the side obediently, blinking his eyes like an obedient baby.

It was very comical.

Ye Sheng’s heart was surging with excitement as he watched from the Pantheon Pill Furnace. When the battle was over, he immediately came out.

“Azure-robed senior,”Ye Sheng shouted, a little excited. This was a great expert, even more powerful than war the world. War the world, who was previously arrogant and arrogant, now stood at the side obediently, not daring to say anything, he was afraid of making senior sister Qing Shan unhappy.

His body was strong and powerful, but he could not withstand senior sister Qing Shan’s violent attack.

Senior Sister Qing Shan looked at Ye Sheng in surprise. Then, she looked at the surroundings and understood a little. She said, “Are you ready for the early stage of what you want to Do?”

Ye sheng nodded and said, “Everything is ready. We only need the east wind.”

The indigo-robed senior sister revealed a calm smile, she said, “Very good. Work hard. This matter can be considered a major matter. Many people are secretly waiting for an opportunity. If you send this opportunity up, they will seize it.”

Ye Sheng understood what the indigo-robed senior sister was saying. The Four Knights had offended too many people. They would definitely suffer a calamity this time.

Even the chaos race would find it difficult to save them.

The azure-robed senior sister raised her head and looked at the clear and bright sky. She did not care about fighting the world. Instead, she said to Ye Sheng, “I’ll leave first. See You Later.”

Ye Sheng nodded and watched the azure-robed senior sister leave. She was in a bad mood at the moment and Ye Sheng had no intention of pulling her along to ask her some questions.

After the azure-robed senior sister left, fighting the world immediately stared at Ye Sheng and asked, “Who is this woman?”

Ye sheng blinked and said, “She is the person in charge of the monastery.”

“What kind of place is the monastery?”Zhan Tianxia asked with a frown.

He had absorbed countless corpses, but those corpses were from the previous era, so Zhan Tianxia did not know much about this era.

“This woman just said that you’re going to do something big. What kind of big thing is it?”World War continued to ask.

“With just you, destroy the people behind those four guys?”World War looked at him with a face full of disbelief.

Ye Sheng said calmly, “What I want to do is very simple. I want to start a monstrous war. After that, there will naturally be others to do it. I Won’t care about it.”

This was what Chu Xiangyu said. Who knew how many people were waiting for the four horsemen to be unlucky and step on them. No one wanted to be the first to stand out and be hit by the Four Horsemen, but Ye Sheng was not afraid.

What was he afraid of? Ye Sheng had always been lawless. As long as his wife and daughter were not in trouble, Ye Sheng would dare to break the sky.

World of war stared at Ye Sheng and suddenly asked, “Do you know that old Xuanwu in the soldier burial valley?”

Ye sheng nodded and said, “I guess we have some friendship.”

“Alright, when you start the war with the four knights, I will help you too. Right now, I have just recovered and have not reached my peak. I want to go out and improve myself.”World of war said seriously.

Ye sheng immediately said, “That would be my wish. Anyway, when the war starts, the entire universe will probably know about it. You can also receive the message.”

“Let’s go. You’re still alright, Kid. We’ll meet again if we’re fated.”World of war turned around and left without any hesitation. He flew into the sky and flew away from the back of the Sun.

Ye Sheng took out the pantheon pill furnace and Zhuge Xiaoming and the others also came out. They looked at the devastated land.

“Ye Sheng, what should we do next?”Zhuge Xiaoming asked.

Du Qingyi and Chi Jun looked at Ye Sheng. Unknowingly, Ye Sheng had become the backbone of everyone.

Ye Sheng thought for a while and said, “Before declaring war with the four horsemen, we need to settle down our family and friends. Let’s return to Sky Dome Planet First.”

Ye Sheng’s daughter and friends were all wandering in the universe. Once the war started, it would be very dangerous for the war to affect them. He needed to settle down and come face to face with the four horsemen.

This battle was a fierce battle. Ye Sheng had to be fully prepared.

If possible, Ye Sheng wanted to improve his strength and make himself stronger so that he could deal with the real immortals.

“I have to go back and arrange for my relatives and friends.”Du qingyi nodded. This was something that had to be done.

“I only have one grandfather. I don’t need to worry about that old guy. I’ll follow you.”Zhuge Xiaoming said indifferently. His grandfather was not in any danger. It would be fine if the four horsemen did not provoke him, but if they provoked him…, he would probably be unlucky.

Ye Sheng smiled. Who would have thought that such an old farmer who cultivated the land all day long was an invincible expert?

Following that, du Qingyi and Ye Sheng separated. He had to go back to settle his family and friends. Meanwhile, Ye Sheng brought Chi Jun and Zhuge Xiaoming back to the Sky Dome Planet.

The Immortal King’s pet was nailed in the air, lighting up the world. Ye Sheng and the others left through the crack behind it and returned to the universe.

“I didn’t expect it to be so dangerous this time. Fortunately, World War came out. Otherwise, we wouldn’t be able to resist Wu Mingwu’s attack.”Zhuge Xiaoming sighed.

Ye Sheng nodded. It was true. This time, they were lucky.

However, they had to face the four horsemen directly. No one knew how terrifying this group was since the last era. Ye Sheng needed to be fully focused.

The three of them left this area and saw the immortal King’s tomb again. As usual, it was very hidden and was not discovered by anyone.

After watching for a while, Ye Sheng quickly left. Zhuge Xiaoming and Chi Jun entered the Pantheon Pill Furnace, while Ye Sheng used the Kun peng speed to shuttle through the universe.

Although his speed was unbelievably fast, the universe was so big that Ye Sheng felt very tired.

However, teleportation arrays were not something that half-immortals could learn. They needed to reach the immortal realm in order to be able to come into contact with the laws of teleportation, rules, and so on.

Just as Ye Sheng was thinking, a black hole suddenly appeared in front of him. A figure was waiting inside.

“Ye Sheng, you can come back.”It was the old Titan. He knew that Ye Sheng would fly back for at least a few years. It was too long, so he came to pick ye Sheng up.

Ye Sheng was overjoyed. He immediately rushed in and instantly returned to the firmament star from the edge.

After the old Titan picked them up, he disappeared. He still didn’t want to come out.

Zhuge Xiaoming and Chi Jun came out of the Pantheon Pill Furnace. Looking at the familiar firmament star, they relaxed.