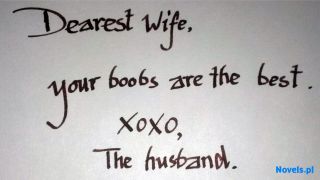 Chapter 1951: The Saint in the Middle School

When they entered the taxi, Haru naturally sat in the passage seat. The three girls sat in the back seat, all looking at the two sick kittens on the box with great concern. Taking advantage of the opportunity, he also observed the silver-haired girl carefully.

A very beautiful girl, but this wasn’t what attracted Haru. The reason why he was cornered about this girl was that there was something particular about this silver-haired girl.

The name of the girl is Kanon Kanase, and she’s Nagisa’s classmate, not to mention in middle school, but she is also very famous in high school. Not only is she beautiful, but also because of her quiet and gentle personality, which makes her loved by a lot of boys.

According to the rumors, the boys in Saikai Academy were usually very restrained when they talked with her. There was even a three seconds, five seconds, eight seconds, or twenty-four seconds rule when they were talking to her, which was very exaggerated, and if they talked more than that, they would be punished.

Haru was wondering whether everyone had already regarded her as a deity, and it might also be the reason why she was called “The saint of Middle School,” but it was only a rumor, and the rule of the boys simply couldn’t bind him down.

But this wasn’t the main problem. The main problem was when Haru used his “Elemental Sight” on Kanon, he found that her body was… he shook his head and thought that it might be good to save this girl.

Haru quickly threw his thoughts away since they had arrived at the pet hospital. He paid the money for a taxi and entered the hospital together. Luckily, Haru was there since if he wasn’t there, they might not be able to pay for the taxi fares.

“Thank you for your help, Senpai. If it weren’t for your help, I’m afraid these two little guys would be in danger.” While waiting for the treatment, Kanon took the initiative to come to Haru and bowed her head to him, showing how grateful she was toward him.

“You don’t need to think too much. I didn’t do anything.” This was a very trivial matter for him, and there was no need for her to bow her head, but Kanon didn’t think so since she was very grateful toward him.

Kanon was so worried about the kittens before, and she didn’t observe Haru’s appearance clearly, but when she looked at him clearly, she was stunned, and a tint of blush appeared on her cheeks. She might not be able to see his appearance since his face mask covered his face, but she thought that the atmosphere around him was very comfortable that it made her want to get closer.

“Okay, Kanon-chan, let me introduce you. This is my Haruka Kasugano.” Nagisa was wondering what her relationship with Haru was. She wanted to say that he was her lover, but she knew that she wasn’t, and she felt like a friend wasn’t something that could describe their relationship. However, she quickly introduced the silver-haired girl. “Okay, Haru, let me introduce her. I’m sure that you know her already since you have always paid attention to a beautiful girl.”

Himeragi stared at Haru with a snort.

“This is my friend Kanon Kanase. You know her, right?” Nagisa said with a tease.

What Nagisa had said was right, Haru and Kanon were both well-known characters in the school in various senses, both of them were famous for their beauty and handsomeness, but Haru was full of notoriety since he was the object of gossip and jealousy of the boys, considering he got two beauties in the first high school and also a transfer student in the middle school. There was also Nagisa and also Natsuki, who was very close with him.

They knew very well that this guy might open a harem, or rather, he might have already opened it, but what could they do?

“Nagisa, you never told me that you and the saint in the middle school are still friends. Did you deliberately keep it from me?” When Nagisa teased him, Haru also didn’t mind playing along since he also had to admit that Kanon was very cute.

“Of course! If I don’t keep her away, you’ll try to seduce her too like Yukina-chan!” Nagisa said with a snort.

Himeragi looked away in blush.

“You know, I’m doing this for your own goods. If you’re also going to seduce Kanon-chan, you might make the entire middle school students become your enemy!”

Nagisa pouted and felt annoyed since there was clearly one cute girl that had been with him before Himeragi. Hey, there was also a cute girl in front of you, why didn’t you do anything?

The bickering between Haru and Nagisa was a normal thing since they often did this together. Even though they might seem fighting, it didn’t affect their relationship, or rather, they could bicker with each other because they were close to each other.

“Can you two stop? You’re going to make Kanon worry.”

This time, Himeragi came forward to help out. As for the relationship between Haru and Nagisa, she also felt a bit jealous, considering how close they were. Still, she explained to Kanon what had happened, so Kanon didn’t misunderstand.

“Sorry, Nagisa and I usually do this. You don’t need to think too much, Kanase-san.” Haru put his hands on Nagisa’s small waist, and Nagisa also rested on his chest with a blush on her face. Looking at this girl, somehow, she reminded him of her mother and thought that both a mother and a daughter were quite similar to each other, which somehow made him want to bite her lips, especially when she pouted.

Nagisa still snorted, but she didn’t move away from her spot, trying to move closer to him.

“The relationship between you two is really good. It somehow makes me a bit envious.”

Originally, Kanon thought that they were fighting with each other, but it seemed that there was a misunderstanding since, in truth, their relationship was very close to each other, and because of it, her eyes showed envy.

Her life experience was very complicated. She lacked the warmth of the family since she was a child, seeing Haru and Nagisa, who were very close to each other, she naturally yearned for something like that in her heart.

Nagisa said without hesitation, trying to find a comfortable expression, letting herself rest on his chest. Watching the envious expression on Kanon’s face, she felt a bit proud.

“Really?” Before Haru could complain, Kanon’s eyes showed excitement, and it was obvious she was very interested in this proposal.

“Well, you’re Nagisa’s friend. If you need my help, don’t hesitate to come to me.”

Kanon sent herself to his door, so Haru didn’t have a reason to reject her kindness.

“Really? Then… then can I call you Onii-san?”

“…You want me to be an older brother?” Haru’s body shuddered for a moment.

“Sure.” Haru nodded and said, “I don’t mind, you can call me “Onii-san.” Our hair color is quite similar to each other, and I’ll call you Kanon too, is that alright?”

“Yes!” Kanon nodded with a smile.

However, Himeragi raised her eyebrow and felt a bit gloomy since she realized that she was the only one whose first name hadn’t been called yet.

Nagisa felt complicated. After all, she just said everything casually, but who would imagine that both Haru and Kanon could become so close too quickly, which made her feel a bit jealous. But no matter what, there was no use crying over spilled milk since it was too late, and Kanon was also her friend. She didn’t want to hurt Kanon’s feelings because of this incident, but even so, she still felt displeasure toward this bad guy, and it made her pout.

“Who is jealous!” Nagisa retorted, but she didn’t move his hand from her head.

Both of them continued to bicker to each other again, and after that, Nagisa’s mood became better, but then, he knew that there was one more girl that he needed to take care of since this girl’s mood was very complicated at that moment.