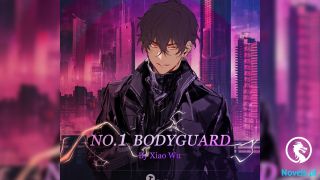 “Okay, sister Lina, then I’ll contact Boss tonight. We can’t let Shen Feng ride on our heads. Boss said that we must protect you well.”

Ah hei said loyally, but the way it looked at Liu Lina was full of helplessness and heartache.

It was as if Shen Feng was bullying himself. Liu Lina naturally noticed ah hei’s gaze, but she pretended not to notice it. After all, in her eyes, these people were just like dogs.

Come to think of it, how could a person have any feelings for a dog? everything was just for that person to be loyal.

When the two of them returned to the Ji family’s house, Ji Ziming was not home, so Gu mo was the only one at home.

Gu mo stood up at once when he heard her voice. When he saw that Liu Lina was back, he walked over to her and asked with a kiss,””Leena, you’re back. Have you eaten? I’ve asked the kitchen to prepare your favorite dishes, do you want to eat some?”

After saying so much in one breath, Liu Lina immediately felt much more at ease.

It’s not like I don’t have any supporters. Gu Heng is one of them, and she’s also Ji Ziming’s mother.

“Mom, I’m not very hungry. I won’t eat first. Are you free later? Come out with me for a walk, I always feel a little depressed at home. ”

Liu Lina shook her head and pretended to be weak. As expected, Gu Yu immediately agreed to her request.

Just as the two were about to leave, father Ji suddenly returned. His expression changed when he saw the two of them together.

“What are you guys doing?”

He asked with a frown, looking at Liu Lina with dissatisfaction and hatred.

However, it did not matter to him. As long as Gu mo was with her, there was nothing to worry about.

“What are you doing? I’m going out for a walk with Lina. You came back so suddenly. It’s really scary.”

Gu mo looked at father Ji unhappily ever since Liu Lina came. The relationship between the two of them was also in a particularly bad state.

They always quarreled with each other because of Liu Lina, and this made Liu Lina feel a stronger sense of superiority.

Because of Gu Mo’s recognition of Liu Lina, she was full of anticipation for her own success.

“Dad, I just feel a little bored, so I asked mom to go out with me for a walk.”

Liu Lina smiled as she looked at him helplessly.

Although he had always been cold to her, Liu Lina knew that he would change one day.

“Don’t call me dad. I’m not your dad. ” He replied in an aggressive manner, his eyes filled with anger as he looked at Liu Lina.

Of course, Gu mo would not allow it since father Ji had already said so. He immediately stood in front of Liu Lina and blocked her.”Why are you so fierce? where are you going to find such a good daughter-in-law like Lina? you’re so fierce. Do you want your son to be single forever? will you be happy?”

“I don’t want to see this woman even if my son is single.”

He became even more vicious as he pointed at Liu Lina, wishing that she could disappear immediately.

Just like that, the two of them started quarreling. Liu Lina almost went crazy listening to Gu mo and father Ji’s argument.

Her head was about to explode from their bickering. Although this kind of thing happened often, Liu Lina still could not stand it.

“Alright, are you guys done? You’re so noisy every day. I’m so annoyed by your expressions that I’m about to die. ”

Liu Lina could not help but say this to the two of them. Then, Gu mo and father Ji both stopped in their tracks and looked at Liu Lina in shock.

Father Ji, in particular, was clearly angered by Liu Lina’s words. He pointed at her and said,””You see? This is the kind of woman you’re talking about every day. Have you never seen a woman before?”

“Alright. Since you’re so nice to me, there’s no place for me in this house. I’m leaving!”

He was really angry this time, especially when he saw Liu Lina’s gaze. He could not take it anymore and did not want to continue.

However, before Gu mo could say anything, Liu Lina spoke up and blocked the door.””No, dad, how can you leave? without you, is this family still a family?”

“I know you’re unhappy with me, but no matter what, you should think about Ziming. If he comes back and finds out that you’ve left, how am I going to answer to him?”

Liu Lina really had to hand it to herself. She clearly wanted to leave, but thinking about how Ji Ziming would probably have a worse opinion of her if he found out about this, she felt that it was a good idea.

Of course, he would not listen to her. He snorted and said,””My business has nothing to do with you. You can say whatever you want.”

“You have the final say in this family, but whether I leave or not is none of your business.”

Father Ji was very angry, and he was still in a fit of anger. His words left Gu mo helpless and he immediately walked over to him. “You’re making it sound nice, but you’re leaving me alone at home like this?”

“You’re so promising. You ran away from home after a quarrel. Do you think you’re still a teenager? go back to your room.”

Gu mo was very imposing, especially when he said those words. Even Liu Lina, who was standing beside him, was a little shocked.

She stared at father Ji. Sure enough, the moment he heard Gu Mo’s voice, he immediately became listless and lost all his imposing manner from earlier.

Ji Ziming’s father snorted and went back to his room. Only then did Gu mo relax and say to Liu Lina a little awkwardly,””Lina, I’m sorry that you’ve suffered. Ignore him. He’s always like this. He won’t change for the rest of his life.”

Liu Lina was touched by Gu Hao’s words. She suddenly realized that father Ji was really good to Gu Hao. No matter how angry he was, he would still think of Gu Hao.

“It’s not that. Why would I be calculative with him? I just think that he’s really good to you. Mom, I really envy the two of you. I’d be happy if Ziming could treat me one-tenth as well as he does.”

Liu Lina said enviously. She was not in the mood to go out at this moment.

‘Silly child, Ziming just doesn’t know how to express himself. He actually still has feelings for you, or he wouldn’t be like this, don’t you think? This has to be done slowly. ”

Gu mo tried to persuade Liu Lina, but his eyes kept darting to the room. Clearly, he was worried that father Ji would not be able to take the shock.

Seeing Gu Mo’s actions, Liu Lina sighed and said to Gu mo,””Mom, go and see dad. Don’t be angry, it’s bad for your health. Comfort him and help me apologize to him.”

“If I go, I’ll probably be even angrier.” Liu Lina understood how much he hated her, so she did not want to go over. In her heart, she only wanted Ji Ziming to be there.