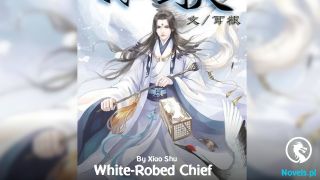 He had never felt that there was anything good about Liu Lina. Perhaps the only good thing about her was that she was cruel enough.

If he wasn’t cruel, he really wouldn’t have had anything else to say.

“He he. Keep a close eye on PEI GE, then. Don’t let this woman have any connection with Ji Ziming. He can only be mine.”

‘If I find out about this, I won’t be able to tolerate her anymore. Shen Feng, consider this as me giving you face. ”

Liu Lina crossed her legs and looked at Shen Feng with her burning eyes. She suddenly thought of something. She couldn’t fall out with Shen Feng just like that.

Shen Feng heaved a sigh of relief when Liu Lina finally relented. However, when he saw the viciousness in Liu Lina’s eyes, he instantly felt disgusted.

No one truly liked a ruthless person, especially a woman like Liu Lina. She would do anything to achieve her goals. A woman like her was too scary.

“If we still can’t reach an agreement in the end, it’ll be a pity.”

Even though Liu Lina had already said that, Shen Feng was still unwilling to give in.

He had only offered that price for the sake of his boss and Liu Lina’s status. If he had only wanted to take advantage of Liu Lina, he would not have offered four.

This world had always been like this, where the strong preyed on the weak. If a person had lost their value, then the days of being abandoned were not far away.

“Shen Feng, don’t push your luck. I’m willing to lower my head, but you can’t do this. If you give me four, how am I going to answer to the boss? can you bear to see me being rejected by the boss?”

Liu Lina frowned and lowered her legs. She took a sip of the coffee on the table and said, “It’s so bitter,”

“It’s bitter without sugar. ” Shen Feng replied and passed the sugar cubes on the table to Liu Lina. She took them but didn’t pour them in.

“That’s true,” he said faintly.”Life is just like coffee. It’s bitter without sugar.”

Liu Lina’s words caused Shen Feng to burst out in laughter. Looking at her, he actually didn’t know what to say.

Fortunately, Shen Feng’s phone suddenly rang. He took out his phone and glanced at it before saying to Liu Lina, “I’ll take this call. ”

Liu Lina replied and made a gesture of invitation. She took out her phone and started to refresh the page.

However, his expression was as ugly as ever. Other than his good-looking face, he was afraid that he really could not find any other good points.

Shen Feng took his phone and walked to the window. He turned around to look at Liu Lina and realized that she wasn’t staring at him. He then said, “What’s wrong?”

“Boss, miss PEI isn’t doing well. She hasn’t eaten for a day. Do you want to come back and see her?”

An anxious voice came from the other end of the phone, and Shen Feng’s face instantly turned dark. He coughed and said, “What’s going on? What’s happening?”

“I don’t know. I’ve been trying to persuade her for a long time, but she just won’t listen. She said she wants to see you.”

Shen Feng frowned as he listened to the voice on the phone. In the end, he nodded his head and said that he understood before hanging up the phone.

After walking over, Liu Lina raised her head. Her eyes were filled with smiles.”Who is this? Why are you so nervous?”

Liu Lina’s guess was right. If it wasn’t an important call, Shen Feng wouldn’t have picked it up and ran to the other side, as if he was afraid that Liu Lina would hear it.

This made her feel a little surprised, but she still looked at Shen Feng, hoping that he would tell her.

“Yes, there’s a problem with an important contract in the company. They called me and asked me to contact the main person-in-charge.”

Liu Lina believed him. After all, there was no need to get to the bottom of things, especially when it came to adults.

It’s said that the adult world is full of you and I believe you.

“I was wondering what could make you frown. It must be an important cooperation.”

Liu Lina nodded in agreement. However, she started to despise him in her heart.

Shen Feng was a cunning rabbit with Three Burrows. He would never speak the truth. It was difficult to deal with such a person.

If it weren’t for the same benefits, they wouldn’t have ended up like this.

“Yes, it’s a very important cooperation. You can go back and think about it. I still have to go over and deal with it. You see …”

Shen Feng said. Although he was asking Liu Lina, it was obvious that he should leave.

“Alright, you can go back first. I’ll ask the boss about this and give you a reply. Remember to look after your PEI GE. ”

Liu Lina smiled. No matter what Shen Feng wanted to do, it didn’t matter to him.

As soon as she left, ah hei walked over and looked at Liu Lina in surprise.””Sister Lina, how is it?”

“Don’t even mention it. This Shen Feng actually wants to give me 4 and he’ll get 6. ”

Liu Lina said angrily. Her eyes were filled with ferocity.

She did not want to mention this at all. Also, Shen Feng actually had feelings for PEI GE. It seemed like what they had agreed on back then was not going to be kept.

This made Liu Lina extremely depressed. It was as if she had lost a very important helper.

“Sister Lina, he’s too much. He actually missed him. If it wasn’t for sister Lina, would he be so smug now?”

“He really doesn’t know what’s good for him. Sister na, do you want me to take action and …”

Although ah hei did not continue, Liu Lina knew what he meant.

She frowned and looked into the distance. Suddenly, she laughed,””There’s no hurry. There’s still time to play. Ah hei, let me tell you. If you tell boss about this, you won’t have to be afraid of Shen Feng. ”

This was the deepest thought in Liu Lina’s heart. As long as Shen Feng still wanted to cooperate, then to Liu Lina, it was equivalent to her occupying the main stage, and she was not afraid that Shen Feng would not take the bait.

Now that Shen Feng had feelings for her, he had a weakness.