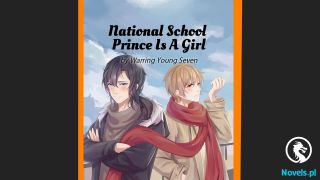 «Provocative Fiery Wife: My Superior is a Affectionate Spitfire (Web Novel) - Chapter 2464: Worst comes to worst, the fish dies and the net breaks.

Chapter 2464: Worst comes to worst, the fish dies and the net breaks.

Shen Feng’s gaze swept across Liu Lina’s body for a moment before shifting away. He no longer stared at Liu Lina.

Perhaps Shen Feng’s gaze was too overbearing, Liu Lina could only nod her head, “That’s right, boss said that he wanted to work well with you. But Shen Feng, what’s with your attitude?”

Liu Lina’s question made the atmosphere between the two of them even more awkward.

If it wasn’t for their boss, they probably wouldn’t have let the other person go.

“My attitude is very clear. If you can’t make a decision, you can ask for the boss’s permission and see if he will agree.”

“This is my business to begin with. I’m willing to give you 40% of it because we’ve worked together many times.”

Shen Feng coldly said. Since they couldn’t talk properly, they might as well tear off their masks and see who would be the final Victor.

Liu Lina was furious. She didn’t expect Shen Feng to use his boss to pressure her.

Her chest heaved up and down, showing how depressed she was. If it wasn’t for the fact that she had a mission to complete, she would have just left.

“What?” Shen Feng raised his brows and looked over. Liu Lina’s face was filled with anger, but so what? in the end, Liu Lina still had to give in.

“Also, if you don’t agree, I’ll have to destroy this batch of goods and see who gets it in the end. I’ve always been like this. If I can’t get it, no one else can.”

Shen Feng’s expression darkened. Even at this point, he still didn’t think of negotiating with Liu Lina.

The reason why he was still sitting there was probably because he wanted to see what Liu Lina wanted.

Seeing that Shen Feng was really angry, and what he said, Liu Lina instantly became a little agitated.

She pointed at Shen Feng and was so angry that she couldn’t speak for a long time.

Shen Feng had never seen Liu Lina like this before. In the past, they were always polite to each other, but now, there was no need for that.

“Don’t be angry. Business comes from negotiation, don’t you think?”

Shen Feng knew that he couldn’t force her too much, otherwise, it would be easy to rebound.

“Hmph, Shen Feng, your plan is not bad. However, if that’s the case, then you have to promise me one thing.”

Liu Lina furrowed her brows at Shen Feng. No matter what, she would not let PEI GE off.

If he did not have her, he might still have some feelings or compassion for her.

As long as she was alive, his heart would never be with her.

This was not what Liu Lina wanted. She loved Ji Ziming, but at the same time, she could not give up on the Ji family’s assets.

If she were to get together with Ji Ziming, the Ji family’s assets would also be hers.

When he heard Liu Lina’s words, Shen Feng had a bad feeling in his heart. When he looked at Liu Lina’s vicious gaze, he instantly understood what she was trying to say.

“You must help me get rid of her. I don’t want to see her. As long as she’s around, he’ll never truly be with me.”

Liu Lina was also giving it her all. If Ji Ziming could be with her, then boss would not be a problem.

With so much money, did he still need to do such a thing? Every day was a thankless and arduous task, and he still had to live on the tip of a knife.

“No, she’s still useful right now. Nothing can happen to her!” Shen Feng immediately rejected Liu Lina’s request. He would not allow her to lay a hand on PEI GE.

As if she had already predicted that Shen Feng would not agree, Liu Lina laughed,”Shen Feng, I know you can’t bear to part with her. Then, tell me; what’s the use of PEI GE?”

“We clearly agreed that Ji Ziming will be mine and PEI GE will be yours, but now, you’re trying to take her life again and again. Liu Lina, what are you trying to do?”

Shen Feng couldn’t help but say. He understood that women were jealous, but he didn’t expect that Liu Lina’s heart would be so vicious.

He could not accept the fact that PEI GE could actually do this to a pregnant woman.

“What do I want to do? It should be what you want to do, right? Shen Feng, do you like PEI GE? That’s why you won’t let me touch her?”

Liu Lina looked at Shen Feng’s expression and suddenly had such a thought.

Other than love, what else could make a man willing to sacrifice himself for a woman? Wasn’t Shen Feng like this now?

Perhaps Liu Lina had read his mind, Shen Feng’s face darkened, “You’re thinking too much. I still have use for her, but I don’t want her to die now!”

“Liu Lina, if you could capture his heart, I wouldn’t have to waste my effort on making use of PEI GE. You’re the one who’s useless, yet you still blame me for keeping her?”

Indeed, it was because Liu Lina did not win his heart. If she did, he could use her.

Some things were not as simple as they seemed on the surface. Otherwise, everyone would not have to waste so much time and effort.

“Shen Feng, what do you mean by this? Let me tell you, Ji Ziming is mine, and he can only be mine. Even if he doesn’t like me now, I’ll slowly make him fall in love with me one day. Only I, Liu Lina, will do so. ”

Liu Lina said angrily, but in the end, she did not seem to have any confidence.

It was probably because she was too angry and wanted to show off. No one liked to be called useless. The proud Liu Lina was even more unwilling to do so.

This made Liu Lina even angrier. She pointed at Shen Feng and said,”What are you laughing at? Don’t think that I can’t understand your thoughts just because you’re like this. ”

“Shen Feng, Shen Feng, I really didn’t expect that you’d actually fall for that B*tch one day. What’s so good about her that you’re all willing to die for her?”

At this moment, Liu Lina no longer cared about anything else. There was only one thought in her mind, and that was to kill her.

Perhaps it was because PEI GE was too much of a loathsome person, but she had too many things that others coveted.

This made her the target of public criticism. Even if she was used by others, it was normal.

Shen Feng coldly said, his eyes were filled with viciousness.