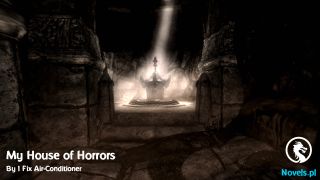 Chapter 1501: Sorry, I misunderstood you

Hearing this, Zuo Weiyi’s heart almost jumped out of her chest!

“What happened after that? You escaped! ?”

She didn’t dare to think further. If Lian Lian was really kidnapped, what would she do? ?

Shi Lian shook her head. “HMM… that bad uncle is too strong. I Can’t break free!”As she said this, she suddenly turned her head and her gaze fell on Jing Xinlei’s face. She even reached out and held onto the corner of her clothes, “Then, this sister appeared! As soon as she walked over, she asked that bad uncle, ‘what do you want to do to my goddaughter?’after hearing that, that bad uncle released me and ran away with his tail between his legs!”

When Shi Lian finished speaking, Zuo Weiyi and Zhong Shenghao could not help but be stunned.

So that was why Lian Lian said that she was not a bad person?

And in the end, it was actually Jing xinlei who saved Lian Lian from the hands of the human traffickers?

And from the beginning to the end, Jing xinlei only lowered her eyes and didn’t look at them.

Zhong Shenghao also turned his head and his gaze fell on her face again.

“Mommy, this sister is a good person. She saved me and even bought me a hot milk tea!”Shi Lian glanced at the milk tea that mommy had knocked onto the ground and couldn’t help but feel a little regretful.

She loved drinking milk tea the most!

Because she had been taken for a long distance by a human trafficker, she, who was only four years old, did not know the location of the wedding dress shop. Hence, she sat on the square with Jing Xinlei. It was so cold that she blurted out, “I want to drink milk tea.” Jing xinlei went to buy her a cup.

Hearing her daughter’s words, Zuo Weiyi could not help but glance at the milk tea on the ground.

The moment she handed it to her daughter, she thought it was something bad and instinctively rushed over to knock it over.

It seemed that she had misunderstood her.

Jing Xinlei did not look at them. She only looked up at Shi Lian before turning around and leaving.

Zuo Weiyi opened her mouth and called out to her!

Jing xinlei stopped and turned around, her gaze calmly landing on her face.

Zuo Weiyi also looked at her and said softly, “I’m sorry. I misunderstood you.”

Her words of ‘used’made Zhong Shenghao feel as if he had been hit in the head.

These words were obviously meant for him.

Thinking about how he had also misunderstood her and even yelled at her, Zhong Shenghao couldn’t help but feel a little guilty.

“Thank you for saving my daughter,”Zuo Weiyi said again.

Jing xinlei looked at her again but didn’t say anything. Instead, she turned around and left.

Today, she had followed Zhong Shenghao here. However, she had lost him when she arrived here. She was about to go back when she saw that her and Shi Yuting’s child had been kidnapped.

After saying those words in a hurry, he turned around and chased after Jing Xinlei’s figure.

Looking at the two people who gradually disappeared into the crowd, Zuo Weiyi retracted her gaze and stared at her daughter in her arms.

“Lian Lian, don’t do this next time, do you know? You almost scared me out of My Wits!”

A false alarm passed just like that. Before she left, Zuo Weiyi could not help but glance in the direction where Jing Xinlei and Zhong Shenghao had disappeared.

Perhaps Nuannuan’s wedding could be added to a new list.