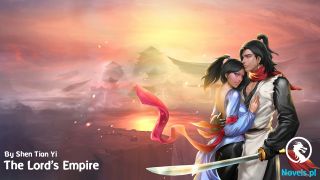 Chapter 1500: This sister was not a bad person

Looking at the family of three in front of her, Jing Xinlei’s expression was calm. She lowered the curtain slightly, took a glance at milk tea who had just been slapped away, and then looked up at her.

However, before she could speak, she felt her arm being pulled forcefully. In the next second, she heard Zhong Shenghao’s angry roar!

Jing Xinlei was stunned by his roar and stared at him with her black eyes. “What…”

“It’s been so many years. Can’t you let go of that little bit of jealousy in your heart? The only time I’ve Forgiven You, Forgiven You, why… Why do you still want to deal with her! ?”

Zhong Shenghao looked at the woman in front of him with heartache. He had tried to protect her time and time again, but she always pushed herself to the edge of the cliff!

Jing Xinlei’s gaze lingered on his face. She looked at him and then at Shi Yuting and Zuo Weiyi.

She looked at Shi Lian again and instantly understood. She looked up at the man in front of her. “I can’t let go of my jealousy? I want to deal with her?”

“No? If you didn’t bring Lian Lian here, why did you! ? Didn’t you want to hurt her just like you did four years ago! ?”

His words made her heart ache.

“You only know how to say no.”Looking at her, his eyes were scarlet as he endured the pain.

After a long while, Jing Xinlei didn’t speak again.

“Yes, I just won’t change. I only know how to say ‘no’. Since that’s the case, then why did you confine me to your side?”

Her words instantly made him speechless.

Why did he have to do this? It had been four years, yet she still could not understand why he had to do this?

Because he loved her and was afraid that she would do something again and lose his life, so he could only confine her and force her to stay by his side.

He thought that time would dispel the hatred and jealousy in her heart, but now it seemed that he was too naive.

At this moment, Shi Lian suddenly raised her head and looked at Shi Yuting and Zuo Weiyi.

Zuo Weiyi lowered her head and looked at her daughter in her arms.

“This sister is not a bad person.”

The moment she said this, the other three looked at Shi Lian at the same time.

Zuo Weiyi was stunned and frowned. “Not a bad person?”

Shi Lian nodded. “Yes. When I was at the wedding dress shop, I saw Daddy’s figure. I couldn’t help but run out. But when I chased after Daddy’s figure, Daddy suddenly disappeared again.”

Previously, he had received a call from Zhong Shenghao at home. When he rushed to the teahouse, he indeed had to pass by the ‘Most Beautiful’wedding dress shop.

So, did Lian Lian see his figure when he passed by?

“And then?”Zuo Weiyi was still a little confused.

“Then, I chased him to the entrance of a teahouse and planned to go back to look for Mommy. However, I ran into another middle-aged uncle. He’s a bad person!”When she said the last sentence, Shi Lian could not help but pout with a sullen look in her eyes!

“Yes!”Shi Lian nodded and continued, “He actually lied to me that he saw Daddy and brought me there!”

Uh, at that time, she really wanted to look for Daddy, so she lost her guard and was almost deceived by that bad uncle!

“After that, I realized that he was planning to secretly kidnap me! After that, I wanted to run away, but that bad uncle grabbed me and covered my mouth, not letting me make a sound!”