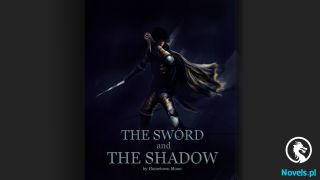 On February 14th, the grand wedding was held at the Century Hotel, ‘Shuiyunjian’.

‘Shuiyunjian’was located on a huge ship, moored at the center of the sea. Those who could stay and board here were either high-ranking officials or nobles!

At ten o’clock in the morning, the blue sea water was crystal clear and suffused with waves, as if adding a hint of rich color to this grand wedding.

In the magnificent hall, guests from all over the world had already gathered.

In the lounge, Shi Nuannuan warmed up in her luxurious wedding dress. She was extremely nervous!

“Auntie, you’re so beautiful!”Shi Lian was also wearing a white princess dress. She was a perfect beauty!

Today, she and Shi Mo had been invited to be flower girls. They looked very presentable.

Shi Nuannuan smiled at her. Her face was filled with happiness and nervousness.

Shen Lanzhi watched from the side. Indeed, she was secretly wiping the corners of her eyes.

When she met her mother’s tearful eyes, the smile on Shi Nuannuan’s face could not help but stop.

Shen Lanzhi walked over and tidied up her veil. “My Daughter is the most beautiful today.”

The door to the lounge opened and Xiang Yi walked in wearing a white handmade suit. When he saw the person in the wedding dress sitting there, he was stunned. He stood there in a daze and looked at her.

After a long while, he walked over.

Looking at the man walking over, Shen Lanzhi suddenly spoke.

When Xiang Yi heard Wen Sheng’s voice, he turned around and looked at her.

Shen Lanzhi looked at him, her eyes filled with reluctance to part with her daughter.

“Nuannuan has been pampered since she was young. Sometimes, she can be willful, but I hope that you will remember that the reason why she is willful in front of you is because of you. “Sometimes, she can make you feel that she is being unreasonable, but I also hope that you will remember that she is being unreasonable because she cares about you too much. “Sometimes, she can also be sad and cry alone. I hope you can remember why she’s crying. “I hope that when she cries, you can tolerate her, understand her, pamper her in your arms, and tell her, ‘stop crying.’after all, her heart is filled with you and Hanhan. If you don’t even care about her, she’ll be alone. If that’s the case, I’ll regret marrying my daughter to you.”

As soon as she finished speaking, Shi Nuannuan cried until her makeup was ruined. Even Zuo Weiyi, who was standing at the side, could not help but tear up.

“Mommy…”Shi Nuannuan stood up and sobbed. She pounced on her mother.

She never knew that when she got married, it was her mother who was drunk and reluctant to part with her.

She thought that this was a festive day, but she had never thought about her mother. In her heart, she was full of reluctance to part with her daughter.

After all, after today, she would become another man’s wife. She would no longer be able to surround her mother as usual.

“Please rest assured. I will use my entire life to extend the love you both have for her.”Looking at the mother and daughter who were crying together, Xiang Yi, as a man, could not help but feel his eyes ache.

Shen Lanzhi nodded and looked at her daughter who suddenly squeezed out a forced smile. “Bride, you have to be beautiful and go out. Look at you, your makeup is all ruined.”

When Shen Lanzhi said that, the others also noticed that her makeup was ruined. The makeup artist beside her immediately walked over and asked Shi Nuannuan to sit down and touch up her makeup.