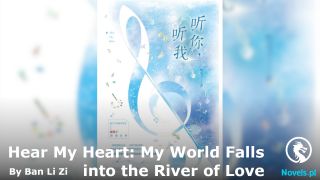 «I Leveled up from Being a Parasite, But I May Have Grown Too Much (Web Novel) - Chapter 129: What I Saw After Leaving the Tunnel

Chapter 129: What I Saw After Leaving the Tunnel

While progressing deeper, the toy crocodile provides a little brighter within snake shells, with there are many strange places where mycelia spread like a spider web, and reddish slimy puddles.

Many monsters came out of course.

Something with the appearance of a sea cucumber was crawling upside down on the ceiling. Something resembled an amoeba with tentacles that drifted-apart from the red blood cell-like monster, which I can barely understand its magic. There was also a monster like an electric eel that moved while bouncing its body like a spring.

The ecosystem of strange and bizarre monsters has been created here, which is different from the other caves and you will not get tired of admiring. There are a lot of disgusting morphologies, but I won’t defeat one and parasited it instead as they are significant to me. Imagine getting an electric shock with the electric eel. I bid farewell to the poison monster I’m parasitizing.

“It’s getting pretty lengthy at this rate.“

“Un. It keeps on going even after walking for a whole day.“

Suddenly Felipe shouted. His eyes are shining brightly, as he islooking up at the ceiling.

When I asked, Felipe puckers his chin and shows a pale blue glowing stone. This brilliance…I remember it.

“This is a blue spirit iron.“

“Blue spirit iron is from a knife I found a long time ago. I wonder if it is a top-class valuable metal.“

“That’s correct. I can’t find much of this in a single area. Ku ku ku, your judgment is dead on.“

Felipe snickered with a contorted mouth. He decided to take it immediately. Felipe holds a tool like a piggybacking flea, as it generates light sound while it collects rare metal minerals.

“This is quite amazing. It’s a god’s shell after all. Are you satisfied Felipe?“

“It is enough to say that the harvest is a good result. Fufu, it’s wonderful.“

When asked by Lou, Felipe answers adorably while holds the collected minerals as if he’s holding a baby. Lou is also admiring the situation. But he shakes his head instead.

“…But it’s still not enough. No, it’s sufficient, since there are so such wonderful things in here, thinking about exactly what’s ahead in the tower of giants. You can’t stop once you’re thinking about it.“

“It’s a little different from an earthquake, as if it’s like something big is moving —“

The tension between all of us suddenly intensified. Immediately afterward, a huge figure approaches us from a distance. The huge insect is scratching the ground with its claws while approaching quickly like a heavy tank.

“Un! Be careful everyone!“

We take a stance facing the monster. The monster that looks like a cicada larvae is getting closer and closer. However, it may not actually be larvae at a glance. It appear to be sucking the light from all around and probably along with the magical power using its claws. However, it seems that it noticed a higher density of magic as food…In other words, we are it.

Ally uses spirit magic and Felipe with his magic tool to attack the figure first through a long-range attack and it lost its footing. The insect’s legs stopped after wriggling rapidly.

I slowly approached its position. The insect swung up its claws and attacked, but I could see the movement from its limbs. This is due to the skill [Sonic Detection] that I learned. I slashed one of the claws with a sword, and entangle the other with a sharp and thin magical thread with the skill of [Thread slashing] using a quick attack.

Lou swung his ax up toward the place of his opponent that was blocking him, then made a big leap to strike the brain with a strong blow. The eerie moaning echoed as the giant insect collapsed. He confirmed its death and returned next to Ally that was supporting him from behind.

“Eeh. Each one of us played our role well.“

“Un, maybe because our the combination is good.“

The four-person party is well-balanced. This was a fact after all.

“The body is so hard, Eiji. This monster’s body may be rare material. Let’s examine it soon!“

Felipe is really excited. It couldn’t be helped with such a facial expression. We examined the shell of the fallen monster.

…It was a little disgusting.

After defeating a huge monster, we continued on again. I was thinking that we had traveled a considerable distance around this moment, and it was probably already several tens of kilometers away from Neman.

Then a light came from the front.

“This is — it looks like the exit is near, Eiji-sama.“

We sped up and proceeded to the place where the light was shining. And finally — I exited from the very long tunnel.

Lou uttered a displeasured voice as we squinted at the glare of the sunlight. The sight that opened up before our eyes little by little, as it slammed into our visions at first as white and hazy.

That’s right. The destination through the cave was a rocky desert that stretched on forever. The sight of the desolated barren sandstone continues for indefintely. We are now coming out of a hole that has just opened up in this continual barren wasteland.

The mountains are in a row appear to be hazy when we looked back. That was the mountain around Neman perhalf. It means that we have traveled a considerable distance from there.

And to the front.

There’s a tower that stood in the middle of an endless barren desert. The tower should be quite far from here due to its massive appearance. The tower risen high enough to penetrate into the clouds.

A place where there may be untold secrets about dungeons, monsters, and treasures. This is the unexplored region where the giants lived.

We walked through the barren desert with no sign of living things, and shouted as we move on in discovering the big ones while heading toward the tower.

Despite being in the desert, the temperature is not surprisingly high. Rather than the desert becoming hot and dry, I feel that the plants have stopped growing due to the lack of nutrients in the earth.

The absence of living things meant that there were no monsters, and we were able to proceed smoothly.

There are almost no signs of living things, such as plants or animals, and it is anti-climatical while strolling in freedom. We can walk like this for a few hours under such favorable conditions.

Lou opens his mouth. We arrived at the giant tower.

“It’s really big. I don’t think I’ll be surprised if a giant made this or is living inside.“

“Ooh. The entrance door is not human-sized.“

Ally gazes up at the tower while Felipe touches the tower’s entrance gate.

“This is the Tower of Giants.“

I backed off a little and looked up at the massive tower. The tower was huge just like its name as the Giant Tower. It has a shape of a square pillar and extends straight up. One side of the tower is easily 200 to 300 meters wide. I actually don’t know how many meters it is. The top is completely hidden in the clouds and can’t be seen at the least. The structure is made of solidified soil and there is a hole like a window in the center.

The outer wall is half-fused with nature, growing with plants and the birds nest on the branches of trees, and it appears like a natural mountain even though it is a building.

“It’s a bigger building than I expected. Isn’t this a bit too big.”

“The tower is a mountain definitely. It’s big enough to fit the entire town in it.“

Definitely. If this is the case, it would be possible to put either a castle or a house inside this tower. There is no doubt that the giant that made this had considerable technical capabilities. Whether it’s a so-called ordinary method or a magical power.

Just at that moment. A heavy sound echoed all around.

The entrance of the tower was opened. Felipe touched it and managed opened it apparently. Probably an automatic door that opens in response to living things.

Lou grabbed my sleeve and ran into the tower. I entered into the giant tower, being pulled along while sprinting.