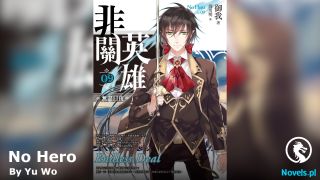 «I Leveled up from Being a Parasite, But I May Have Grown Too Much (Web Novel) - Chapter 128: The Four Purposes

Lou was the first to start. Lou swings his ax up and slashes at the white blood cells.

The ax slams down on the disk-shaped monster, and the roux is completely blown off similar to the elastic trampoline effect.

“No, I hit by something like a film of light before it was touched. I think it’s like a magical wall, so I believe it’s a type that is hard to penetrate except for magic.”

So then, this is a chance to try out the new sword in the actual battle. I pull out the newly rehashed sword.

In that moment, I quickly approach the monster and swing down my sword. Then, the monster is cut in half like tofu effortlessly, and the remnants dissipated into the air.

“Ooh … this thing has a pretty strong magical power, un. Everyone, it’s pretty soft if you use magic, so focus your attack with magic.“

When we noticed the trick, it wasn’t that difficult at all. It has almost no protection against magic, and we were able to take them down like small fishes fries in a shooting game even though there are quite a few of them, and they were immediately wiped out.

“It was a strange kind of monster. I’ve been to various caves but I’ve never seen such a monster like that before.“

Ally has a blank look to her as she questioned me. Ah, that’s right. There appeared to be no microscope in this world, and they shouldn’t know the shape of white blood cells, or even heard of their existence.

“Well, there’s such a thing like that. The object shaped similar to that disk. I’ve seen it a long time ago.“

Let’s simplify it by saying something appropriate for the time being. I thought I was careful at the beginning, but I’ve been off my guard a bit recently, so I have to be more careful.

… But, I feel that there is no particular problem that Ally or Felipe particularly knows about them. They normally accepted what I told them and they didn’t seem to be bothered by it. Oh well, it doesn’t bother me to reveal the information because they haven’t heard such a thing, and maybe I don’t have to hide that much either.

While grinning, I noticed Lou’s facial expression toward our sincere interaction, so I poke him with my elbow and proceed onward through the cave.

“This is…something I’ve never seen before. Minerals, no, what’s this material?“

While I lead ahead, Felipe bends over and stares at the rock’s shadow in the cave. When he approaches it, there appears to be a black mass that absorbs in all the dull light.

“This is, a rare material?“

“…That I don’t even know. I haven’t dealt with it before, seen it with my own eyes, nor seen it among the materials. It’s completely unknown to me.“

“This is quite unusual that even Felipe doesn’t know about it. Of course, it’s founded in a legendary dungeon, so there’s no doubt about it as it seems.“

We observe the black mass first, then we wander our gazes around. The internal area of the cave a somewhat organic feel to it, and it has a different feel compared to the other ordinary caves. Even then, that’s alright.

“Ah, what is this? Eiji-sama, there is something unusual here.“

Ally screamed and ran away after discovering it. She has forgotten a while that she was to investigate for Neman, and her head is filled with curiosity. Ally is simply being herself, but she goes to the location she was tasked to with excitement like I have.

…That’s pretty much it.

After that, we continue on for a while and then take a break with a meal. It is at that moment that I remembered.

“I got something from Coco from back then.“

“You mean Ally’s sister Coco who was back in that mansion. What, did you get?“

While paying attention to hungry Lou, I take out the item I received from the dimensional bag

“I don’t even know what’s inside. But I was told to take this with me if I were to head off for the investigation. It might or might not contain something useful.“

“Is that so. She handed something over to you heh.“

While everyone is paying attention, I untied the ribbon off a cutely wrapped box that is not suitable in revealing within a cave like this.

“Un cute… but why a crocodile.“

What came out from inside the box was a fluffy stuffed and deformed crocodile. It’s completely a mystery to Ally why I received it.

…But I’m thinking it is useful, that it’s not just a stuffed animal, so I pick it up and inject some magical power into it.

“Uwaah! Its eyes are shining! Wawawawa!“

I see, this is meant to illuminate inside the dim cave. It happened to be bright in here, but it would have been useful if it was dark. With more power injected, the mouth of the stuffed animal opens and closes.

Does this mean that it could be use as a weapon when fighting monsters?

It feels a little soft however…no, only the teeth are quite sharp. Rather I think it’s quite dangerous.

“Mu…Is that a letter for you?“

She noticed that there’s a letter in the box addressed to me along with the stuffed animal. In addition, there is also a diary with a glittering cover.

“If you discover something interesting, record it in this diary. Coco doesn’t like to go out and fight, but she likes the unusual stories. Please record it perfectly.“

This was written in her letter. It was quite well prepared. Well, I’ll record it since you’re waiting for it.

So because of that, I wrote in the diary what we’ve done so far, and we’re going deeper into the snake’s shell, which has become a little brighter thanks to the crocodile light.