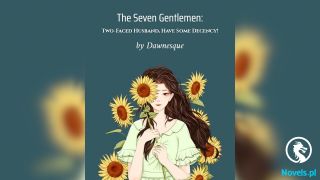 «I Leveled up from Being a Parasite, But I May Have Grown Too Much (Web Novel) - Chapter 13 - Daily Life at Laurel

After leaving the inn, at last I calmed down, and for a while I began to try the food from those street stalls. After making a detour, I went to the adventurers guild since I haven’t been there for a long time.

「Ah, Eiji-san! What happened? These days you didn’t show your figure at all」

After recognizing my figure, Wendy started calling me with her hands from the counter.

「I was taking it easy these days」

「Yes, it’s true that you found something rare in your last request. But I’m so envious that you’ll be fine even if you don’t work for a while. I also want a vacation」

But that isn’t even the reason for why I have so much free time.

But it’s not like I could say exactly that in front of the eyes full of envy of Wendy.

「Is there any, request?」

「Yes, of course there are. Umm, but, I’m sorry, however I can’t introduce you to any other request up to the E-rank」

To Wendy who says it shyly, I shake my head.

「That’s natural, I’m a F-rank. I even completed the request normally. It was luck, it just happened that I killed a well-known monster, and that itself could have been just a fluke. It’s not a big deal. It’s not like it will raise my rank immediately」

「That you are able to say that and accept it, it really helps me. Thank you」

Wendy puts her two hands together in front of her chest, and with wet eyes, she bowed her head.

「But you are wrong in one thing, it was a big deal. If Eiji hadn’t defeated it, then, anyone could have fallen prey to the beast. Let’s return to the main point, the request… these are the ones!」

A bunch of documents were piled up.

I began to see them one by one.

Which of these I will choose? When thinking like that, Wendy who was looking at them with me, from the pile of papers, pulled out one and showed it to me.

「This is what I recommend to you. The reward is good for such difficulty. I had that request in my eyes for the moment when Eiji decided to return」

The request recommended by Wendy, surely it has a big reward.

And even though there are many with low rewards, completing that type of request must be really easy.

While I continue thanking her, I pick one of those recommended by Wendy, and then I choose two from the rest.

「Poriu grass harvest, help to dig a hole, Peepu Rabbit subjugation… Leaving aside the first, the last two are… I don’t think you should take them」

Wendy approaches her face to my ear, and whispers.

「Both of them are difficult to complete and their reward is really low, they have not found a capable person for a long time. Instead of that, you should focus in others with better rewards. You don’t need to hold back in front of other people, because you already have your past achievement」

Wendy was flitting the request that she had recommended me in front of mine, but I shook my head.

If I want to be frank, I have the skill 【Parasite・Gold】, so the rewards doesn’t matter to me. Even with this rank, the amount that I’m earning with my skill is a lot, I don’t need to consider if this or that request is worth or not, there is not great difference.

That’s why everything is alright, I only need to do the one that catches my attention.

「No, it’s alright. I don’t care about that, things like the how much the reward is. Please, leave them for people who need the most. I’m doing these request because I’m interested」

And when I say it honestly, what?

「Because Eiji has the enough ability to do any request you want, you will take the initiative to do the request that others have no interest, is that right? For the sake of everyone, you are willing to bear all the hardships, that is something that not everyone can do. Everyone is striving to grab all the delicious requests for themselves. And despite that, you thought about me as well, so you’ve only grabbed one request of all that I have recommended you. Thank you, I, even though I don’t know what I should say at this moment, I’m deeply moved」

With her face close to mine, her eyes become even more wet.

Eh? It’s like she is really reading too much into it.

「I will not tell to anyone. Yes, I understand. I really understand you! It’s not something to exaggerate in such way, so nobody will pay attention to you. I understand, after this, even if it’s only myself, I will engrave your true intentions in my heart. Then, the three request, please work hard! Because even I’ll support you with the best of my ability on the side of the information!」

To the Wendy who is grasping tightly her fist, I gave up explaining, and then I decided to hear the details of the request. And because Wendy was talking so enthusiastic about the information of the request, I started to move immediately, I left behind the guild.