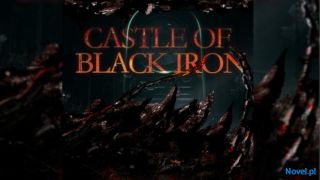 After the silver-haired, blue-eyed man and woman jumped down, the giant wolf actually transformed into a human form. It was also a man and a woman. It looked very similar to the eastern people and was also the skin of the yellow race. However, one of their hair was white and the other red. Both of their eyes emitted a faint orange light, but their eyes were somewhat dark.

These two were the War Gods of the Celestial Orcs. The red-haired woman's name was D Lu, and the white-haired man's name was W Wei!

Amongst the three races on the Sword Spirit Star Alpha Continent, the Green Wild Race and the Heavenly Orc Race were on good terms, and there were even marriages between the two races. In other words, their cultures and economies were intertwined.

In these two races, the War God's meaning was somewhat similar to what humans called a Marshal of Military Horses. He himself had to be a Four Soul Sword Cultivator and possess a certain level of leadership ability.

In that case, Gu Li's position was as a Great War God, and her responsibility was to manage many War Gods. She was the highest administrator under the king, one person above ten thousand people.

Previously, Di Lu and W Wei also saw Nan Shan appear and ran over from afar. They happened to catch up with Kieran, Guri, and Caesar who were chasing after Qin An. Only then did they transform into wolves and chase after them all the way.

Their avatars were creatures that looked like wolves and were called Heavenly Beasts on the Sword Spirit Star.

The Heavenly Beast's speed was extremely fast. It stepped into the void as an illusion. Resistance was something that did not exist to them. Therefore, although Qin An was already very fast, he was still unable to catch up with the Heavenly Beast. In the end, he was surrounded by five Four Soul Sword Cultivators, Kieran, Gu Li, Caesar, Di Lu, and W Wei. The situation was considered critical.

Frowning slightly, Qin An pushed aside some other outsider lifeforms nearby and focused his attention on the five people surrounding him. He said softly,

"You sound like I do. Dumbass, how did you get to this planet's plane space? You actually teleported so many at once?"

After Qin An finished saying those words, he was also stunned for a moment. Dumbass … Is it equivalent to an alien's meaning? Why would he say that? Could it be that he had studied alien languages before?

When Kieran heard Qin An's words, he was somewhat shocked.

He naturally knew that he had been teleported to another world. He didn't expect the black-haired man in front of him to be someone from another world. Furthermore, he knew the same language as himself. This was truly strange.

Gu Li didn't care about this kind of detail at all.

The Greenfield clansmen had a history of millions of years on Earth, and like many other creatures on the Sword Spirit Star, they had a very long lifespan.

From birth to death, the oldest Greenfield could live up to 20,000 Earth years.

By the time Guri was 3,000 years old, her body had finally matured. The organs in her body that resembled the womb of a human woman had formed. In other words, she had the ability to have children.

As a noble, Guri's love process was also very complicated.

The place where he became a god was called the altar, where he built a huge and magnificent Divine Realm Treasure Hall.

Every pure-blooded noble girl of the Green Wild Race would go to the Divine Realm Treasure Hall to pray for blessings when their fertility organs matured.

After a thousand years of waiting on Earth and living a life as pure as a nun's, the Divine Treasure Hall opened the Light of Blessing. Then, it projected the image of the partner that the petitioner had struck into the air in the form of light energy. The petitioner had to remember the appearance of this projection.

The one who prayed, that was, the noble girl of the Green Wild Race, left the Divine Realm Treasure Hall from now on, wandered around the entire Alpha Continent, and finally found her target and brought him back to the Imperial Capital.

The nobles of the Green Wild Race worshiped this kind of love that they had experienced so much hardship before they finally reunited. This was a belief, a tradition, and also a bit miserable and beautiful.

Some of the Green Wild Race girls clearly knew who they were destined to be, but they couldn't find that person after traveling through the entire Alpha Continent. As a result, they lived a lonely life and regretfully aged until they died.

Once they left Alpha, their target, the noble girls of Greenfield, would never be able to find them again.

The reason for that was because the Sword Spirit Star was simply too big. A mere 20,000 years of life was not enough for them to travel all over the planet.

In other words, For Guri, Her fiance, Suk, is very important, After three thousand years of maturity, a thousand years of guardianship and prayer, and two thousand years of search, Gu Li finally found Suke and brought him back to the capital. The two of them spent several decades building a pure spiritual relationship. If it hadn't been for the devouring storm that devoured the continent, they would have been married.

Unfortunately, how could Gu Li describe her feelings when she saw the fate of her life being trampled to death by an unfamiliar outsider in front of her?

The emotions of the Lu Ye tribesmen would cause their eyes and hair to glow. At this moment, Gu Li was extremely angry, like a lioness. Her pair of beautiful and demonic eyes emitted two exaggerated blue lights, and her hair also flickered with a dark blue color.

Gu Li didn't need to say much at this moment. Her fate was already dead, and she was going to be alone for the rest of her life. In her mind, Qin An was the culprit, so she naturally wanted him dead!

The Greenwolves had three billion people on the continent of Elpha and established a united nation.

As the Great War God of Greenfield Kingdom, Gu Li's strength was ranked in the top 1000 in the entire Alpha Continent, and she could be considered a worthy expert.

The Green Wild Clansmen were actually Blue Snowmen, and their blood was the source of energy in their bodies. They could absorb and store Sword Spirit Qi and change the strength of their bodies.

The reason why Gu Li's Sword God was called Lan Nian was because he had something to do with his bloodline power.

The Blue Shield had both an inch of light to attack and defend. It was said that the Blue Blood Qi Shield could withstand the attack power of the Sword God Force. The same was true for the aura emanating from the Blue Blood, which was invincible and unstoppable.

Blue Eyes were capable of controlling everything. As long as a dead object was seen by Guri Blue Eyes, it could be turned into a sharp weapon of attack. It was a long-range group attack ability.

The race's blood will frenziedly transformed into a devil. Its body technique strengthened its ability. Once the blue blood in its body burned and flames spilled out of its body, Gu Li would enter a state of no death or injury. It would not end until her stamina was exhausted.

Deepblue blossomed into a butterfly. Gu Li could still be revived after a complete death. After that, her body strength entered the spirit body and her strength reached the Sword God level. However, after a moment of beauty, she would eventually die.

With the heart to kill Qin An, Gu Li's body had already arrived beside Qin An. The Blue Sense Sword looked like a giant sickle with a long handle in her hand. When it was swung out, Gu Li's entire body emitted a blue light. The Sword Spirit Qi was so powerful that it had already directly killed many Undying Race creatures nearby and beneath her feet.

Qin An was surrounded by five people, but he had the ability to teleport. Naturally, a hero would teleport away without losing an eye.

But at this moment, Qin An's mood was also very depressed.

Little Ninth Sister, Qi Lu, Song Dieyun, Yuan Jie, and the others naturally took action as well, but their strength was far inferior to Yin Yao, who had reached the Demigod level.

Therefore, fighting against those Undying Race monsters that had broken through was very dangerous. Some civilians were affected to death, and the Southern Mountain Pavilion was almost destroyed several times.

Nanshan Pavilion was the gathering point of Nanshan's energy. Once it was destroyed, Nanshan would disappear.

At the foot of the Southern Mountain on the other side, there were still two Undying Tathagata who were teleporting up the mountain with endless resources.

Qin An's heart started to burn. Who did he provoke? It was simply unreasonable for this group of people to target him in such a manner.

At this time, Qin An also reacted. He must have killed some blue-eyed silver-haired men just now, so he angered them.

But he was trying to protect himself, and he didn't want to kill anyone!

Qin An suddenly turned around and looked back. He was surprised to find that Gu Li had actually caught up without a mount. Her body was burning with blue flames. Her silver hair floated up, her blue eyes and red lips, and she held the sickle sword in her hand. She really was like a god of death running out of hell.

In order to kill Qin An, Gu Li unexpectedly activated her race's blood will. She had already entered a state of undying and unharmed physical strength. There were only two ways to close this state. Either she killed her or she exhausted all of her strength.

Seeing the silver-haired woman's aggressive appearance, Qin An's heart was also filled with anger. He held the Heavenly Punishment Divine Sword in his right hand, and his left hand began to change the ability of Wan Nian.

Level 24 was already used very quickly. His left hand transformed into the imaginary miniature version of many characters, and then gathered their strength together to activate the Myriad Will Sect's power. In addition to his other offensive and blessing skills, Qin An wanted to use his strongest offensive technique…