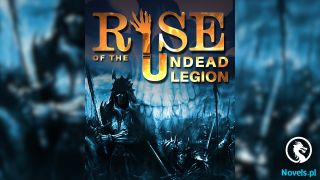 Chapter 1289 But Please Comfort My Heart

Yuan Jie and Song Dieyun asked at the same time.

Qin An's gaze narrowed as he looked at the crowd that had been gathered together by the Adept Warriors.

He didn't say anything and focused his attention. The 200-meter-long land on the ground quickly metallized, emitting a resplendent golden light.

Afterwards, the metal piece rose to a height of half a meter and separated from the ground.

This was precisely the art of alchemy.

The people on the metal platform were all a little shocked. Those who were originally standing immediately sat down. For some unknown reason, the ground beneath their feet was suddenly able to move, and it even turned into a metal substance that looked like gold.

Qin An continued to use his spiritual energy to refine the soil. A 205-meter-long cuboid ring was formed and placed on the previous cuboid platform.

"Let's go up and I'll let the cube ring grow and form a dome above, then control the platform inside and the barrier outside to grow at the same time, let the barrier outside push the outsiders out of the shield, and then we'll hide inside. "Ah, it's just that the biosphere is more than a hundred meters high. I wonder if there's enough strength to push it out."

As he spoke, Qin An jumped onto the platform first, and the others hurriedly followed.

Song Dieyun frowned slightly and remembered Qin An's ability. It was said that he had built a golden fortress in Hanging Sword City.

At this time, Song Dieyun was actually a little worried. She didn't know how Feng Xiaozheng and the others were doing now. Qin An's protection saved hundreds of people from suffering, but there were thousands of people in the concentration camp before, and there were even more nearby.

Qin An's shield only protected a few hundred people. Those who did not enter the shield were probably killed by falling creatures, right? I really don't dare to think about it. I just hope that Feng Xiaozheng and the others can survive.

Song Dieyun remembered some information about Qin An and said that he seemed to have the ability to see and hear like a thousand miles.

That's right. Just now, everyone didn't know about the situation outside, but he was able to understand it clearly. It should be that ability that worked.

Since that was the case, Song Dieyun felt that it was necessary to hug this big tree tightly, because even if Feng Xiaozheng was still alive, she would probably be trapped under a hundred meters of flesh. Without Qin An, she would not have been able to find her best sister and would have gone to look for Plum orchard. As for Ye Siya and Gu Lanfei, they had to be found if they had the chance. After all, after so many years of fighting, there was always some sort of class affection.

Under Qin An's arrangement, everyone stood on the alchemy platform.

Qin An controlled the growth of the outer metal barrier to form a dome, sealing off the darkness in the space.

The commoners did not make any noise. Even though they were shocked, they still felt lucky to wake up. At least, the Adepts did not seem to have any intention of abandoning them.

However, no one knew what was waiting for them outside even if they escaped from this place.

The warriors took out the luminous pearl for lighting once again. Everything was ready.

At this time, there was no need to say anything. Most people's lives were already in Qin An's hands.

Yin Yao naturally followed closely behind her precious daughter, Little Ninth Sister. Of all the people present, only she and Qin An understood that they would most likely not be able to escape successfully.

The reason why Qin Anzhi had such an awareness in his heart was because he knew just how dangerous the situation outside was.

The reason why Yin Yao thought like this was because she had just seen many corpses from Sword Spirit Star creatures. She knew what they were and naturally knew how terrifying they were!

The Alchemy Barrier and Alchemy Platform began to rise at the same time.

Qin An focused his attention on using the Earth Seal Alchemy Technique while he opened his Heaven Scryer Spiritual Sense to observe the situation outside.

The Cosmos Cover was closed, and countless flesh and blood poured down.

"There's corrosive liquid in the blood! The rising alchemy barrier is rapidly corroding!"

'"Ah, the alchemy barrier you activated is still too weak! If it's the Earth Seal Sword God … hurry up and think of a way. Those are the blood from the Undying race's Death Demons. Even you and I are unable to touch them with our fleshly bodies!"

"Yes, I saw some of their corpses just now. I thought that your alchemy barrier could block their blood … The Undying Race is a group species, and every Undying Race tribe has at least a hundred million individuals. Undying Kings, Undying Ranks, Death Ranks, Ordinary Ranks, and Puppet Ranks were considered to be the different strength structures of the Undying Race. The Undying Race is not a sword cultivator, but a Myriad Spirit Receptor. They do not refine sword gods in their bodies. The more times they mutate, the stronger their strength will be … "

Before Yin Yao could finish her words, there was a hole in the alchemy barrier that had been corroded. Qin An hurriedly opened the Cosmos Shield to protect everyone.

In the vicinity, countless Puppet Undying Monsters pounced forward, all of them blocked by the reopened Cosmos Shield.

Qin An knew that his Cosmos Shield wouldn't last long, so he immediately summoned Nan Shan.

These creatures did not look the same. Most of them were humanoid, and there were also mutants.

"Quick, run up the mountain!"

Under Qin An's command, the Cosmos Shield had been closed.

Half of them left the alchemy platform and went straight to the hillside after hearing Qin An's orders. The other half of them were all limp on the ground, and some of them even peed their pants in fear.

Looking around, the human head and arms swirled, and blood limbs flew everywhere. Crying and crying resonated with each other. It was a boundless chaos.

Qin An saw that some people did not run up the mountain, so he wanted to go over to help them.

Yin Yao grabbed Qin An's arm and whispered, "It's meaningless. They can't continue to live in this kind of environment. Keep their strength."

Qin An turned his head to look at Yin Yao and frowned as he spat out a few words.

"I just want to comfort my heart."

Afterwards, he flashed and left. He arrived at Chen Yuelang, who was squatting on the ground protecting his daughter. He carried Li Ying and Li Hui into his arms. He activated the Wind Fairy fantasy and summoned the Wind Fairy creature. The translucent big crab rolled up everyone and directly flew to the top of the mountain!

Seeing what Qin An had done, Lu Ya did not hesitate to summon the Wind Fairy Crab. Then, she swept the people who had just climbed the hill to the Southern Mountain Hall at the top of the hill.

After Yin Yao reached the top of the mountain, she supported her dizzy ninth sister.

"Mom, what is this? It looks like a roller coaster. It's coming up in an instant!"

Little Ninth Sister did not know the ability of the Wind Moving Sword God.

Yin Yao snorted coldly. She didn't say anything but thought in her heart, Qin An actually obtained the ability of the Southern Mountain Sword God. It was really surprising. She really didn't know how many women he had.

Song Dieyun cried out in alarm. Everyone looked down the mountain, and then their expressions changed drastically.