Support
Random Novel
The Emperor Reigns Them All 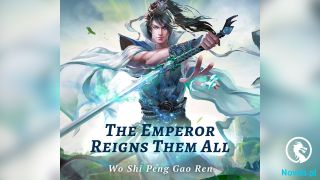 The Battle of Prison Fire had already erupted for five days, and the fires along the coast had also burned for five whole days.

At this moment, the gunfire on the shore did not weaken, but increased by a lot.

The reinforcements from Prison Fire Stronghold and Zangxi had arrived. The number of people participating in the three major battlefields of the Zangxi-Jiulong Mountain Alliance Army had already reached 1.5 million, and the number of troops deployed on the Prison Fire Battlefield had exceeded 300,000.

For Zangxi, this was a war of attrition.

No one could define the final outcome of this battle, because whether they won or not, the price they had to pay would be tragic.

Ye Siya and Gu Lanfei broke through the first trial of hell fire on the first day of the battle.

Because it was a surprise attack and the sudden rebellion of millions of slaves, the Prison Fire Army was caught off guard. The battle only lasted for two days before they retreated back to Yong'an Pass. They reorganized their forces around the Dark God Pagoda and used Yong'an Pass as a dividing line to launch a countercharge against the Alliance Army. The battle entered a state of anxiety.

The battlefield of Prison Fire was actually divided into three parts.

One was the Peacock Terrace, the other was the Yong'an Pass, and the third was Prison Fire City.

After Ye Siya and Gu Lanfei's troops entered, they imposed a 24-hour ban on the streets of Peacock Terrace.

This means that all civilians must remain unconditionally in their homes and, if they appear on the streets, will be regarded as enemies and arrested directly into temporary concentration camps. The slaves were in charge of overseeing the civilians who had originally belonged to Mo Ling Sect, while the infiltrators were in charge of overseeing the slaves. Otherwise, even the people who were treated like dogs would eat them alive.

Of course, although Ye Siya Gu Lanfei's forces now occupy the Peacock Terrace, However, this did not mean that they were completely taken down. The civilians of Peafowl Terrace had been ruled by Mo Ling Sect for many years, and some of them were born in the ruling area of Mo Ling Sect. To them, the Zangxi and Jiulong Mountain Alliance Army were not just parties, they were merely invaders.

Unfortunately, the Prison Fire Army was not their guardian.

After the heavy casualties of the intense battle, they abandoned the civilians and focused on arranging for their families to flee.

Ye Siya, Gu Lanfei, Feng Xiaozheng, and Song Dieyun's troops were stationed under Yong'an Pass, and some of the slaves with combat strength were incorporated into their army.

Every day, Simei would take turns to fight against the enemy, and the battle would never stop.

The third battlefield was Prison Fire City, which was built by the sea.

Feng Xiaozheng, one of Song Dieyun's ten thousand men troops landed on the east side of Prison Fire City and set up a temporary position.

Prison Fire City did not actually have a city wall, but there were many trench fortresses around it.

After Mo Ling and the Heavenly Mandate wore the same pair of trousers, they weren't worried about the zombies attacking, so the fortifications were naturally aimed at the Zangxi army.

Plum orchard personally went to the Prison Fire City position and launched an offensive and defensive battle with the enemy relying on the sea.

There were victories and losses in five days, but in the end, they were unable to break through the enemy's defensive line smoothly.

The infiltrators were unable to cause chaos like the Peafowl Stage in Prison Fire City.

It was mainly because most of the people in Prison Fire City were the most loyal followers of Mo Ling Sect, even the slaves there. Therefore, actions to provoke them did not achieve the desired results.

The battle would continue, and it was unknown when it would end.

The sunshine was as bright as ever.

There were thousands of prisoners in the concentration camp in Shulan City.

Qin An originally wanted to bring everyone out of the city a few days ago, but in the end, he was discovered by the Alliance soldiers and surrounded.

What was even more depressing was that at that time, the surroundings were filled with people. Unless Qin An was able to carve out a path of blood, he would not be able to rush out.

Qin An finally gave up resisting because he was afraid that there were non-abilities around him.

That was how they were brought to the concentration camp and held for five whole days.

The so-called concentration camp was actually just an empty space.

This used to be a large square, and the Alliance Army had drawn barbed wire around it, forming a sealed space.

The outer perimeter was naturally guarded by people, and the thousands of civilians in the barbed wire circle were originally from Shulan City. In the entire Peacock Terrace, there were thousands of concentration camps like this.

For five days, Qin An did not get much information about himself from the women beside him.

Little Ninth Sister naturally wanted to recognize her father, but she was stopped by Yin Yao.

"Right now, he doesn't even have any memories. Let's wait. I think the reason why he lost his memories should be related to the Heavenly Punishment Curse. I knew that a curse token can make people lose their memories for more than ten days. So, wait a bit longer. When he recovers his memories, we'll tell him."

This was what Qin An overheard from Yin Yao.

Qin An was a little dizzy, he didn't know what this was.

Now that he was a god-like existence, would he care about amnesia?

The more he understood his abilities, the more likely Qin An felt that he was a god. He was simply too awesome. Forced, almost omnipotent!

From the looks of the battlefield, this should be a world filled with Adepts. However, those Adepts were truly incomparably weak compared to him.

Therefore, no matter what, Qin An felt that he was at least a lucky person. At the very least, he had the ability to protect himself in this dangerous world.

Sitting on the ground, Qin An held a steamed bun in his hand as he ate and looked at the people around him.

War is cruel, especially for civilians.

Qin An felt a little ironic. Among the thousands of people in this concentration camp, at least one fifth had participated in the gladiator qualifying match that day.

Qin An clearly remembered that his super vision coupled with his strong mental strength had already given him the ability to record everything he saw. He could recognize every face he had ever seen.

When these people were spectators, they weren't good people. They were excited by the slaughter in the arena, satisfied with the blood and death in the arena. But now, they had become prisoners. They were imprisoned here like animals, losing all their freedom and being slaughtered by others.

Qin An's gaze moved along with the group of slaves distributing food.

There were thirteen of them, ten of whom were slaves, and three of whom were Alliance soldiers armed with blades and guns.

The male slave in the lead looked to be only in his early thirties. He was quite strong. The temperature was only around seventeen or eighteen degrees Celsius, but he was naked.

There were terrible scars all over his body, and it was obvious that he had suffered a lot.

Just as he was walking, he suddenly stopped beside a few people who were sitting in a circle.

That should be a family.

The leading slave was slightly stunned when he saw them. Then, he bent down abruptly and pulled the weak man up from the ground.

The weak man's voice trembled as he stuttered and shouted.

"Brother! Our boss has issued a formal order. As the man said, as long as these people are honest, they can be escorted back to Jiulong Mountain alive and then investigated for their crimes. In general, as long as he kills or eats human flesh, he will betray life imprisonment and wash away his sins through labor for the rest of his life. "

The slave called Jiang Suo tightly grabbed onto the collar of the weak man. His body was originally trembling. After listening to the words of the Alliance soldiers, he finally calmed down for a long time. Then, he let go and pushed the weak man to the ground.

After standing for a while, Jiang Suo revealed a faint smile on his face. He stared at the weak man for a long time before he said softly,

"I've been a slave to your house for seven years, haven't I? Seven years, you bullied me wantonly and tied me up if you're in a bad mood!

The scars on my body are all because of you!

Master, I really hate you, really!

However, there are times when I don't hate you, because… "

As he spoke, Jiang Suo turned his head to look at the middle-aged woman who was less than forty years old.

"Because of my beautiful mistress of that wind!

Haha, don't you find it strange? You have been married to her for several years without a child, but since I entered your house as a slave, the mistress has been pregnant for less than half a year!

Let me tell you, I planted all three of your children. They are all children of your wife and me!

Master, you're a good father. You've worked hard to raise my three children. I still have to thank you! "

Hearing Jiang Suo's words, the weak man was dumbfounded. He sat on the ground and staggered. His face was pale, and his mouth was so open that he could put an egg in it.

The beautiful hostess's face was also pale at this moment. She turned to look at the gentle man and saw that he was also looking at her. She hurriedly shook her head and said,

"Darling! Don't listen to him. Our children are all yours! I… I…"

After saying "I", the woman's voice became weaker and weaker. Obviously, she was feeling a little guilty.

The three children looked only six years old, but the younger one was a pair of twins. They were probably only two years old, and they were still cute little people.