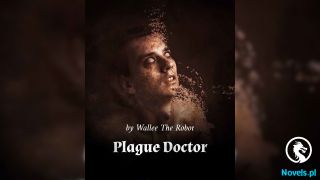 «Zombie Apocalypse (Web Novel) - Chapter 1277 Be Jealous Of Oneself

Chapter 1277 Be Jealous Of Oneself

The narrative was always somewhat pale and feeble.

Five years after the apocalypse, this place became one of the largest population centers in the country and also the largest stronghold in Mo Ling Sect.

The battle erupted in an instant, then turned white hot.

The infiltrators, with the help of the Adept Warriors personally led by Plum orchard, released a large number of slaves. Then, they each led them to the Armed Forces Department to snatch weapons, create riots, incite civilians, and create fire spots.

Not long after, the Prison Fire Stronghold turned into a real city of fire, filled with flames.

The target of the air force bombardment was originally only military facilities. However, although the airport of Hellfire Stronghold had been destroyed by Plum orchard's special forces, its air defense had not been completely paralyzed. Flying special forces combined with ground-based anti-aircraft guns posed a huge threat to the air-raid fighter.

After circling over the Hellfire, more than a hundred fighter jets crashed.

The pilots' eyes turned red. The bombardment began to become chaotic and random. In order to avoid the harassment of the enemy, some fighter jets left the formation and casually fired firepower. Not only did it affect civilians, it even occasionally killed some infiltrators and slaves.

However, under the general trend, no one cared about these details. The war had arrived, and no one could escape.

Qin An and the others were still calm. Although a bomb exploded more than a hundred meters away from them, it did not alarm them.

Suddenly, Qin An frowned and ran towards the Shulan City Arena.

Lu Ya naturally followed quickly. At the same time, she turned her head to look behind her. She saw that the little girl pulled the beautiful woman along with her, and her speed was no slower than Qin An and herself.

This made Lu Ya a little shocked. Qin An's extreme speed was faster than a sports car, and it was already very difficult for her to use the wind's ability to control her movement to catch up. Why were the two women behind her so powerful? What exactly were their identities?

Not long after, Qin An rushed into the arena first. This place was already in flames.

Several infiltrators released all slaves with the help of the imported abilities and quickly organized them into a small army.

This was the result of several years of management by the infiltrators. They supported each other, ostensibly ordinary slaves, but privately, they were the leaders of slaves. They became the most outstanding managers when the war broke out. Although chaos broke out, the slaves were not chaotic.

After liberation, the first thing they did was to burn the arena, which was the place the slaves hated the most because they were tortured in the arena.

Originally, Yin Shiyao should have been rescued as well, but coincidentally, because she obtained the qualification to advance in the selection, she was rewarded to live in a single room. The slaves ignored her because the cell and the public cell were not together.

When the fire inside and outside the arena soared into the sky, Yin Shiyao was still locked in her cell, choking to the point that she almost fainted.

Then, it was at this moment that Qin An rushed to carry the weak woman on the ground into his arms and escape from the sea of fire.

Perhaps Qin An did not completely lose his memory, so he always felt a little familiar with Yin Shiyao's face.

La Lu Ya was also considered an acquaintance to Qin An, but he still felt that Lu Ya's appearance was very unfamiliar. This could only prove that Qin An only regarded Lu Ya as an ordinary friend from the bottom of his heart, but the memories Yin Shiyao brought him had already penetrated into his soul, only because of Wang Fang back then.

This night was very long.

There were 900,000 people participating in the three great battles in Zangxi, and with the cooperation of millions of slaves, the entire northeast region was stirred up.

At the beginning of the battle on the Prison Fire side, the offensive and defensive sides were quite well organized. However, an hour after the battle broke out, the large battlefield collapsed, forming a small battlefield.

The two sides didn't say a word and directly attacked, putting on airs for several hours.

Qin An did not take the initiative to participate in such a battle, because he did not understand his position, nor did he know his identity.

He originally wanted to carry Yin Shiyao and escape from the Prison Fire Stronghold.

Compared to Qi Lu, who claimed to be his wife, Qin An felt that he was actually more willing to believe Yin Shiyao.

"Mom, Dong Sheng and the others are still at home."

Behind him, the voice of the little girl suddenly came.

Yin Yao's true self frowned as she looked at Qin An's back and realized that he was actually about to leave the chaotic battlefield. After thinking for a while, her gaze landed on Yin Shiyao's bare feet and she was dumbfounded.

Because she was standing behind Qin An, and Qin An held Yin Shiyao in her arms, Yin Yao could not see her face.

However, at this moment, she was so close to her avatar that she could feel her mood and even control Yin Shiyao's actions.

Yin Yao knew that when this Yin Shiyao saw Qin An, her heart was filled with love.

Sigh, a woman who has been a slave for seven years is about to be rescued by a man who gave birth to a child with her. Naturally, she will be excited. There is nothing wrong with having some love.

However, Yin Yao did not like the current feeling. She was so jealous of her avatar.

After all, Yin Yao had obtained all of Qin An's memories from Zhang Geng, so Qin An was already a familiar person to him.

With a thought, Yin Yao controlled Yin Shiyao to speak.

Yin Shiyao was slightly stunned the moment Yin Yao's soul power entered her body, and then tears filled her eyes.

She really did not expect that not only did she encounter Qin An here, she would also encounter her own body.

Nowadays, she had been separated from her main body for so many years. Although she had the same memories before, she had different experiences in the past few years. In other words, they could be considered as two different people. This made Yin Shiyao's mood very complicated, and at the same time, she was extremely disappointed.

However, she still had to obey the main body's request and speak to Qin An,

"Qin An, I know that little girl who is talking to you, and she is also a very important person to you. Can we go pick up her friends?"

Qin An was slightly stunned. He lowered his head to look at the tearful Yin Shiyao. He only felt that it was very strange. He did not know why she was crying so sadly.

However, he didn't have the time to think too much about it at this moment. The surroundings were getting more and more chaotic

As expected, Yin Shiyao knew a lot about herself.

After hesitating for a moment, Qin An turned around and looked at Little Ninth Sister, who had an anxious expression on her face, and said,

"Let's go, pick up your friend and let's quickly leave the city! I still have a lot to ask you!"