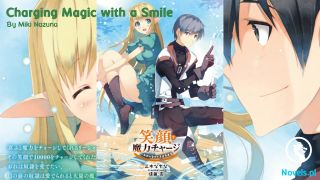 The face slapping was like a tornado, so fast that no one had time to react.

Qiao Yuanxi was still feeling smug one second ago, but the next second, the smile on his face froze.

What did he say… a custom-made dress?

Or Fan Yu had someone custom-made it…

He opened his mouth, unable to say a single word.

The reporters present were also stunned.

Everyone was guessing the relationship between Fan Yu and Qiao Yuanfei, but could not get an answer.

In the end, the moment fan yu opened his mouth…

To personally get someone to customize a dress or something… was there even a need to ask?

The reporters were all going crazy. They lowered their heads and started recording frantically, afraid that they would miss out on a single word that fan Yu had just said!

Qiao Yuanfei was blocked behind Fan Yu. She stared at his back and wanted to say something.

Hearing his words, she also lowered her head and looked at the dress on her body in shock.

She had never thought that her clothes were everyday clothes that the butler had casually prepared for her.

Only today did she know that it was a custom made dress.

It was no wonder that she had never seen any logo on her clothes.

Qiao yuanfei swallowed her saliva with difficulty and recalled all the clothes that she had been wearing for the past few days.

Then, she combined them with the approximate price of the custom-made clothes that fan Yu had been exposed by the media and came up with a figure that made her gasp.

She felt deeply ashamed that she had unknowingly lived the life of a wealthy lady!

Just when Qiao Yuanfei did not know how to face Fan Yu, the man standing in front of her seemed to have sensed something. He suddenly turned around to look at her and then turned around.

He raised his hand slightly and brushed her hair that fell on her shoulder.

His thin lips opened slightly and his tone was doting.

“There’s no need to wear a formal dress. You look beautiful in everything.”

All that was left was white.

His voice kept echoing in her ears.

You look beautiful in everything you wear.

You look beautiful in everything you wear.

You look beautiful in everything you wear…

Qiao Yuanfei was not crazy. The reporters around her went crazy first.

Carrying the camera, they continued to ask the questions that they did not have time to finish.

“Young master fan, what’s your relationship with Miss Qiao? Are the two of them in a relationship?”

“Why did you make Miss Qiao’s clothes? Does this count as a couple’s outfit?”

“Have you moved in together?”

“Young master fan, the two young ladies of the Qiao family seem to like you. I wonder which one you like better…”

Fan Yu did not answer the previous question.

When he heard this question, Fan Yu suddenly raised his eyebrows and glanced at the reporters who were asking the question.

When the reporters saw that he seemed to want to answer this question, the surroundings instantly quieted down.

The air seemed to have frozen.

Qiao Yuanxi had just been slapped in the face, and now he was a little listless.

But when he noticed that fan yu was looking at her, he immediately stood up with anticipation in his heart and looked at him lovingly.

Even when Qiao Yuanchuan thought that she was a disgrace and wanted to drag her away, she refused to leave.

She stubbornly stood where she was, wanting an answer.

However, Fan Yu’s gaze only swept past her and he opened his mouth in a harsh and cold manner.

“The fan family villa is not a shelter. What does she have to do with me?”

Fan Yu narrowed his eyes and ignored the dumbfounded crowd. After the new product launch ended, he held Qiao Yuanfei’s hand and left.