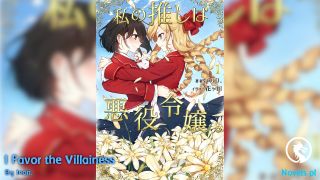 She… attended the press conference with fan Yu under the watchful eyes of everyone?

When she really reacted to what had just happened, her eyes immediately widened as she looked at fan Yu on the podium.

Their eyes met. Fan Yu’s expression was calm as he smiled faintly at her.

His calm posture and decent speech made it impossible for anyone to take their eyes off him.

Qiao yuanfei heard the sound of her own heartbeat.

Something had gone out of control at this moment.

She subconsciously reached out to press her chest. When she thought of his smile just now, she had even forgotten that they were surrounded by reporters.

The way she looked at Fan Yu was all captured by the camera.

He walked calmly down from the podium.

Many of the reporters around could not help but stand up. The security guards immediately stepped forward to maintain order.

He was not in a hurry to take a seat. Instead, he placed one hand on the table. As if he was worried that the misunderstanding was not deep enough, he leaned over slightly and whispered something into Qiao Yuanfei’s ear.

Soon after, a doting smile appeared at the corner of her mouth. Under the curious gazes of the crowd, she sat down.

Instantly, the atmosphere in the venue exploded.

The flashes of the cameras flashed crazily, causing Qiao Yuanfei to be unable to open her eyes.

Her expression was as dull as ever. She was even more stunned than the reporters who could not hear what fan Yu had said to her.

Because… she could not hear anything either!

No, he did not say anything at all. He just walked up to her inexplicably and stepped back with a smirk on his face.

Qiao Yuanfei did not have time to react to what was going on. The reporters at the scene were already high.

Fortunately, there were enough security guards at the fan corporation’s new product launch event. When the host went on stage, the scene was already under control.

Qiao yuanfei held onto the belief that she was here to learn. In the end, she sat on her seat in a daze. Her mind was filled with the scene of them opening the door just now and seeing a dark mass of people in front of them…

The questions from the reporters drifted past her ears one by one.

It was as if an infinite loop had been activated.

She had no idea when the launch ended.

By the time she reacted, the reporters had already surrounded fan yu.

She had just stood up from her seat when she was pushed to the side.

Countless microphones were raised in front of fan Yu, trying to get some gossip out of him.

“Qiao Yuanfei, why are you here?”

Qiao yuanfei raised her head and realized that the person standing not far away from her was Qiao Yuanxi.

Qiao Yuanxi, who was wearing a small dress and had deliberately dressed herself up, could also be considered a beauty.

With her exquisite makeup and the temperament that Xie Yun had specially nurtured for her since she was young, it was difficult for her to be ignored when standing in a crowd.

However, when compared to Qiao yuanfei, she did not look good enough.

Qiao Yuanfei’s clothes were not as luxurious as hers, and her makeup was also very simple and elegant, almost without makeup.

But even so, when Qiao Yuanfei stood in front of her, her otherworldly facial features and the aura around her still suppressed Qiao Yuanxi by a bit.

The Qiao family had been the focus of everyone’s leisure time for a while now.

Thanks to the video of the beating, everyone now knew that the two young ladies of the Qiao family were not on good terms.

When Qiao Yuanxi saw so many people looking at her, she thought that her outstanding makeup had attracted everyone’s attention, so she immediately reached out to do her hair.