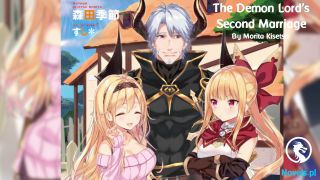 The Immortal King killed Tai, Gu, and Qing, allowing the three to transcend.

He collected all their essences and turned them into three multicolored balls of light, handing them over to Ye Sheng.

“This is the essence, it can be absorbed. If you work hard in your cultivation, you will be a great combat force in the great battle in a hundred years.”The Immortal King spoke.

“Can I?”Ye Sheng himself didn’t believe that he could transcend the immortal King Realm and become an emperor within a hundred years?

Even if he became an emperor, it would still be difficult in this great battle.

Above the emperor was transcendence. One had to reach transcendence in order to have the ability to participate in the great battle.

There were even some people like the immortal king who were even more powerful than transcendence.

His realm was the other shore!

In Ye Sheng’s eyes, the other shore was an impossible level. He wasn’t very confident.

“Believe in yourself. I think you can do it.”The Immortal King chuckled. He looked around and sighed. “Everyone will go. The preparations that should be made will wait for another hundred years.”

The old turtle left with the blood dragon.

The Immortal King left as well.

“I won’t leave. The battle here isn’t over yet.”Ye Sheng sighed. He took the essence of the four transcending experts and left them in the primal chaos ancestral land.

The upper echelon of the primal chaos was wiped out by the Immortal King and the others. Ye Sheng had killed many emperors with the immortal vanquishing sword array, but there were still countless immortal kings here.

Ye Sheng treated them as objects to practice on.

Taking out the Pantheon Pill Furnace, Ye Sheng put in a few transcendent’s essences and then absorbed them crazily.

After that, there were very few primal chaos ancestral lands.

Ye Sheng fought from south to north, from east to west.

The power of his fist was unparalleled. Ye Sheng integrated all the cultivation techniques he had learned into the primordial spirit fist.

The Primordial Spirit Fist he had created.

With one punch, it was an era.

When countless eras merged under Ye Sheng’s feet, his expression became very cold. In the primal chaos ancestral land, with the cultivation of the early-stage immortal king, he slaughtered everywhere.

Three years had passed, and Ye Sheng had raised himself to the peak of the Immortal King Realm.

This was all thanks to the essence given by the immortal king.

Ye Sheng continued to absorb the essence every day, not giving himself any time to relax. Every time he encountered a bottleneck, he would put himself in danger and fight against the heavens, forcefully breaking through.

Three years later, Ye Sheng stood in the ancestral land of the primal chaos race, looking at the seventh world.

Behind him, the ancestral land of the primal chaos race was swept clean by him. His killing intent was very strong.

“After killing the experts in the ancestral land of the primal chaos race, it’s time for me to break through to the Emperor Realm,”Ye Sheng murmured.

The place where he broke through to the Immortal King realm was the Dao College.

Tearing through space, Ye Sheng came to the seventh world and the DAO College.

The dean of the monastery.

Now that they had met again, Ye Sheng was rather pleasantly surprised.

“Let’s go. I’ll bring you to roam around the epoch of time.”The elder of time and space said with a smile.

Ye Sheng could not wish for more.

The spacetime elder stretched out his hand, and space split apart. He brought Ye Sheng deep into the river of time.

As they roamed the river of time, Ye Sheng saw countless rays of light and countless interesting events.

The spacetime elder brought ye Sheng to the first era. In this era, Ye Sheng met the primal chaos.

He also met the three sovereigns and five emperors, and he saw the evolution of everything.

“Do you know why I brought you here?”The old man asked Ye Sheng.

“Look at one of the three sovereigns, Fuxi. Does he look like you?”The old man asked.

Ye Sheng was surprised, “What do you mean?”

“I inherited the throne of the Earth sovereign and developed my own Great Dao of time and space. I have been fighting against the primal chaos.”

“The immortal king inherited the throne of the human emperor. That’s why he advanced by leaps and bounds in this era.”

“There’s only one throne left. No one was fated to inherit it until you arrived in this era.”The spacetime elder said.

Ye Sheng was a little surprised. This was too much of a surprise. He was asked to inherit the throne of the human emperor?

Ye Sheng took out the pantheon pill furnace. This did not prove anything, right?

“The three legs are missing two legs. You will never find the other leg because it is in the throne of the human sovereign fruit,”the spacetime elder said.

Ye Sheng took a deep breath and said, “What are the disadvantages of inheriting the throne of the human sovereign fruit?”

“The only disadvantage is that you have to face the chaos race behind the scenes and wave your hand. There are no other problems,”the spacetime elder said.

“Then I will inherit.”Ye Sheng made a prompt decision.

“That’s right. You should properly comprehend here. This is the beginning of time. From here on, you will walk backwards. When you reach the end, everything will be clear at a glance.”The spacetime elder said, his body slowly faded and disappeared.

“Husband, go.”Beauty Zhou said to Ye Sheng with a smile.

Ye Sheng nodded and slowly walked out. Then, he looked at the heavenly emperor fruit and reached out to take it.

What he saw was the essence of the world and universe.

The laws were driven by him. The Great Dao was under his feet, and everything was changing.

Ye Sheng walked through the first epoch, the eternal era, the Great War, and the rise of the primal chaos.

In the second epoch after that, Ye Sheng’s cultivation base soared, reaching a critical point.

Ye Sheng reached the emperor realm. He could see a wider world, and all things were changing…

Everything was unable to stop ye Sheng from riding on the path of becoming stronger.

All the way until the seventh epoch, Ye Sheng slowly walked on the path of the epoch.

He had seen too much. The boundless universe, the multi-dimensional space, the path of the epoch, the method of transcendence…

The energy given by the Immortal King had long been absorbed. Ye Sheng had spent an endless amount of time, and he did not even know how much time had passed.

It was not until now, a very, very long time ago, that Ye Sheng finally opened his eyes.

He saw the truth of the universe, and in the end, it turned into a dazzling fist light, fusing into Ye Sheng’s eyes.

The Fist of the New Age!

Ye Sheng’s fist of the New Age had been perfected, reaching an extreme harmony.

The position of the heavenly emperor fruit could now be inherited by Ye Sheng, and the Pantheon Pill Furnace could finally be perfected.

All of this was on Ye Sheng’s body. He opened his hand and grasped the heavens and earth.

Ye Sheng’s next step was to merge with the position of the heavenly emperor fruit and reach the other shore.