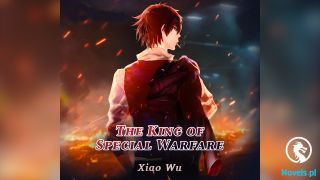 «The Earth Is My Dantian (Web Novel) - Chapter 907: An Immortal King’s dream for eight million years

Ye Sheng could not find the immortal King!

Only Ye Sheng was looking for the immortal King!

The battles between these few people were of the type where the victor could not be determined in a short period of time. This was especially so for the transcendence experts of the chaos race. They had gone through several eras and had accumulated too much.

The Way to win was in Ye Sheng’s body.

He found the immortal king and rescued him. With the addition of a great expert on this side, victory was just around the corner.

Ye Sheng was in the dilapidated stone city. He looked around but could not find any clues.

He had searched the surroundings but still could not find any traces of the immortal king.

The stone city was completely destroyed. It was smashed by the blood dragon and split into two by the old turtle. Right now, Ye Sheng was in a dilapidated stone city.

The area was not large. Ye Sheng had dug three feet into the ground, but he still could not find the immortal king.

Yuan was very excited. Although he had set up some backups, he was not sure if he could fool Ye Sheng. Now it seemed that he could.

Since he could fool Ye Sheng, Yuan was relieved. Since he could not save the immortal king for the time being, then he could deal with the old turtle with all his strength.

“Damn bastard, I will make you stew and drink soup today!”Yuan roared. His aura was like a rainbow. He rushed over like a sharp sword. His speed was fast and his divine might was unparalleled. It was simply too terrifying.

The old turtle took it head-on with great difficulty. He growled in a low voice, “Ye Sheng, hurry the F*ck up.”

Ye Sheng saw that the old turtle and the blood dragon were unable to suppress Yuan even if they joined forces. His expression was anxious and his brows were tightly knitted. He just could not discover it.

“Could it be that I’m too weak?”Ye Sheng doubted himself.

“Husband, don’t be anxious!”Beauty Zhou said gently in Ye Sheng’s Sea of consciousness. She comforted ye Sheng’s heart and told him not to be anxious.

Ye Sheng took a deep breath and looked at the old turtle who was still struggling to deal with Yuan.

Yuan slapped down fiercely. With a slap, he slapped the old turtle’s back.

The old turtle took out a turtle shell on its back. It was very mysterious and ancient. This was the shell it had shed in the past. After countless years of refining, it had long become part of its original body.

It was this shell that protected the old turtle. It was unharmed during the battle with Yuan. It cried out in pain, but in fact, most of the attacks were blocked by this shell.

“Hahaha, you hit your grandfather but couldn’t hurt me. I don’t believe that you can continue hiding immortal kings.”The old turtle laughed coldly.

“Ye Sheng, hurry up and look for them. I’ll hold them off for you. It’s fine.”The old turtle didn’t rush ye Sheng but comforted him instead.

It also knew that Ye Sheng must be under a lot of pressure at this moment.

The old turtle blocked the front while the blood dragon swam around, attacking and delaying Yuan’s attention. With the two of them working together, they were actually unable to separate from Yuan.

Ye Sheng was in stone city. Looking at all of this, he inexplicably calmed down.

He sat cross-legged and meditated. Without thinking, he began to circulate a cultivation technique.

Now, Ye Sheng hoped to use this cultivation technique to dream about the immortal king.

Outside Stone City, the flames of war were raging. The Number One Devil God, Chi, Tai Chu, the old turtle, and the blood dragon were slaughtering everywhere in the primal chaos ancestral land. They were unrivalled, causing the winds and clouds to stir, destroying all living things.

Inside Stone City, Ye Sheng calmed his emotions. He closed his eyes and sat cross-legged in meditation. He was like a beginner, extremely serious and focused.

During the Immortal King’s expedition to the nine heavens, Ye Sheng saw a peaceful universe, a silent universe.

It was a different time period from the current universe that was filled with despair and slaughter.

The Immortal King was finally suppressed.

A person against a race.

The Immortal King against the chaos race. When the entire chaos race went out in full force, and several transcendent experts faced an immortal king, the immortal King was still fearless and chose to fight valiantly.

In the end, the immortal king was suppressed.

However, the primal chaos tribe did not obtain a complete victory.

Firstly, they could not kill the immortal king.

Secondly, they lost an ancestor at the transcendence realm, and more than ten fell into a deep sleep.

The current Tai, Gu, Yuan, and Qing had just woken up. There were still some who had not woken up and were still in a deep sleep. From this, one could see how terrifying the immortal King was.

“Immortal King, the soul has returned!”

Ye Sheng’s soul was shouting as he tried to wake the immortal king.

“Immortal King, the soul has returned!”

This was an unrivalled big shot. He had to return!

“Child, are you calling out to me?”Just as Ye Sheng was crying out in grief, a voice came from the void. It disappeared without a trace, reverberating in all directions.

Ye sheng immediately asked, “Are you an immortal King?”

“Am I an Immortal King?”A puzzled voice sounded, but it was followed closely by an affirmative voice.

After being suppressed and refined by Yuan for many years, his thoughts had long been hidden. If he didn’t hide it, Yuan would wash away these memories. At that time, the immortal king would obey his orders.

Therefore, the immortal King began to slowly recover his memories.

“I am the Immortal King!”

“I opened up the Immortal Court!”

“I also killed many great experts of the chaos race. In the end, they sealed me up. I have always been doing something,”the immortal king lamented.

Millions of years passed in the blink of an eye. He almost forgot who he was.

“Immortal King, what have you been doing?”Ye Sheng asked curiously.

“An immortal king has been dreaming for eight million years. It was the immortal king who entered the dream and underwent an unprecedented evolution.”The Immortal King sighed with emotion.

“Then can you come out now?”Ye Sheng asked curiously.

If an immortal king could appear, then the chaos race would be facing a great enemy. Ye Sheng and the others would have an additional high-end combat power.

“Break the cage and witness your own self!”The Immortal King gave an affirmative answer.

You broke my cage. Once I’m free, my true self will return. It’s just the primal chaos. It’s not worth mentioning.

This was the answer given by the Immortal King. Ye Sheng was distressed. He didn’t even know how to break the cage.

Ye Sheng took a deep breath and nodded. This was also a method.

But who would break it?