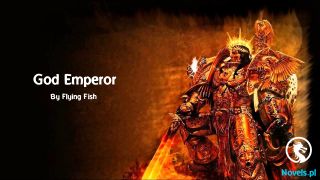 «The Earth Is My Dantian (Web Novel) - Chapter 906: Meet the Immortal King!

Ye Sheng hid at the side and watched as the old turtle aggressively walked towards Yuan’s hiding place.

The old turtle stepped on the ground. This stone city, which was only half of its size, shook violently and swayed unsteadily. The dust shuttles fell from above.

Yuan still did not come out.

“If you still don’t come out, I’ll scrape three feet off the ground and search every inch of the place. When I get angry, I’ll really fight you to the death if I’m forced to,”warned the old turtle.

Although the blood dragon’s body became smaller, its strength was still there. It waved its fist and smashed down ruthlessly.

“Stop, I’m coming out.”Yuan suppressed his anger as his voice rang out. He had no choice but to come out.

He did not want the blood dragon to continue smashing down and destroy the array that sealed the immortal king.

However, the blood dragon did not listen to him.

The Blood Dragon’s fist continued smashing down, weakening the immortal King’s seal by a layer. Yuan’s eyelids trembled as he suppressed his anger and roared, “Didn’t I tell you to stop?”

The old turtle smoked his cigar and snorted, “You told him to stop, but he had to stop?”

“Do you really think you’re some kind of heavenly king who has to be listened to?”The old turtle said disdainfully.

“You’re courting death!”Yuan glared at the old turtle. The power of transcendence was like thunder, gathering crazily.

He was really angered to death by the old turtle.

If it were not for the old turtle, he would have won without a doubt. There was also the immortal king who could continue refining. In less than a hundred years, he felt that he was going to succeed.

But everything was because of the arrival of the old turtle. Yuan’s plan fell short and his value was repulsive.

“What expression is that?”The old turtle glanced at Yuan, he calmly replied, “You should be a smart person. Now that the Immortal King has appeared, there’s no way to stop him. It’s meaningless for you to stop him. Why Don’t you follow me and betray the chaos race? This way, when the immortal King comes out, he should spare you.”

The old turtle teased Yuan but he didn’t want to recruit him.

“I’m going to kill you.”Yuan roared in anger. His figure was strange as he split into two. His illusory body attacked the old turtle but his real body turned around and appeared in front of Ye Sheng, wanting to kill him.

Without Ye Sheng’s lead, these people wouldn’t have appeared. They all followed Ye Sheng in. Ye Sheng was the leader, so he had to die.

Yuan was in the transcendence realm. Even though he was far away, Ye Sheng could feel the blood in his body freezing.

He was in the Immortal King realm, but in front of Yuan, he had no way to fight back.

Yuan hadn’t even gotten close, but that terrifying aura made ye Sheng uncomfortable. It was difficult for him to breathe, and his strength fell,

“Go to Hell. Everything was brought about by you. You are the main culprit.”Yuan flicked his finger and turned into a wisp of sword Qi that flew over, wanting to kill Ye Sheng.

At this moment, a kitchen knife was thrown over and accurately smashed Yuan’s sword qi.

Even Yuan’s casual sword Qi was more powerful than Ye Sheng’s. He could not block it.

But there were people who could.

The old turtle had already taken out his magic treasure, a kitchen knife.

The kitchen knife fell to the ground, causing a large area of stone city to fall and crash…

“Your opponent is me. Don’t bully my little brother,”the old turtle stared at Yuan and said arrogantly.

Ye Sheng looked at Yuan this time. This was the first time he had seen Yuan.

Yuan was tall and thin, like a bamboo pole. Fortunately, the muscles on his body were bulging, which was a little strange. In addition, his head was relatively large, giving him the impression of a big-headed son.

Ye Sheng knew that he shouldn’t laugh, but seeing Yuan’s appearance, it was as if he was poked by someone. He kept laughing non-stop.

“Why can’t I Laugh? I’m laughing at myself. What has it got to do with you?”Ye Sheng sneered.

“Enough, why are you wasting your breath? Go look for the immortal king now, I’ll deal with Yuan.”The old turtle took the last puff of his cigar before tossing it away and walking towards Yuan.

“If you want to stop ye Sheng from saving him, you have to go through me first.”The old turtle domineeringly spoke.

“Fine, be careful then. I’ll start looking for the Immortal King Now and rescue him.”Ye Sheng roared in a low voice, staring at the foot of the Stone City. He now knew that the immortal King was suppressed here because Ye Sheng had carefully observed it before, this was the location where Yuan appeared.

Since this was the location where Yuan appeared, it also meant that the immortal king was most probably suppressed here.

Ye Sheng couldn’t wait any longer and ran over. He didn’t even bother to ask the old turtle, he didn’t know either.

Only Yuan was extremely anxious. He started to fight with the old turtle at an extremely fast speed. Luckily, the old turtle had lived for a long time and had experienced many things. When faced with such a situation, he easily resolved it and still had the mood to pay attention to Ye Sheng.

“Since you are anxious, this means that we are right. The Immortal King is right there. You need to think about it now. Once the immortal king is rescued, you will definitely die.”

Yuan had suppressed the immortal king for millions of years. This killing intent and resentment made him feel more at ease. Yuan reckoned that he would have long exploded and killed the entire clan of the old turtle.

Ye Sheng didn’t pay any attention to Yuan. With the old turtle here, he was just stalling for time. Ye Sheng had plenty of time.

He quickly ran to the place where Yuan broke the seal and searched carefully, trying to find traces of the immortal king.

“Immortal King, are you there?”

“Senior, this junior is here to save you.”

Ye Sheng kept calling out and changing his name, but he still didn’t get a response.

“Husband, does that look like a cage to you?”Beauty Zhou, who was in the Pantheon Pill Furnace, had been watching silently and didn’t say a word. But now, she was the first to discover the clues.

Ye Sheng examined it carefully. It was indeed a cage.

But this cage was empty. There wasn’t a single person, or even a fly.

The Immortal King had disappeared.

“Don’t be anxious. When the cart reaches the mountain, there will always be a path.”Beauty Zhou consoled him.

He continued to search, but he still found nothing in this small part of the Stone City.

“Hahaha, I hid the immortal king so that you wouldn’t find him,”Yuan said excitedly after exchanging fists with the old turtle.

“This guy is not easy to deal with. Blood Dragon, let’s attack together,”the old turtle growled in a low voice. He didn’t care about the transcendent face at all.

I’m going to fight two against one.

You have the ability, but can you beat two people?

“You’re courting death! ! ! !”Yuan Kuang’s furious roar was filled with anger. He was very sullen. There was nothing he could do. No one could help him.

Everyone had their own enemies.

Only Ye Sheng didn’t. Although he didn’t face the enemy, in essence, Ye Sheng was even more terrifying.

After all, the immortal King’s surroundings were suppressing the formation. Once the formation was wrong, there was no way to save him.

At least ye Sheng wouldn’t be able to survive.