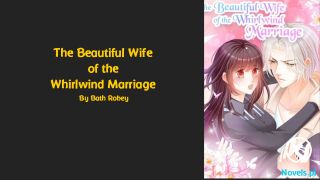 «The Earth Is My Dantian (Web Novel) - Chapter 905: Was about to be triggered

Chapter 905: Was about to be triggered

Absolute beginning’s thanks came from Ye Sheng saving him back then.

Shi was able to find absolute beginning’s corpse in the river of time because he met Ye Sheng.

Otherwise, absolute beginning wouldn’t be able to survive in that time passage.

Ye Sheng waved his hand. “No need to thank me. As long as you can kill a few more primal chaos clansmen, I’ll be happy.”

Absolute beginning laughed when he heard this. He stretched out his fist and replied, “Fine, I will kill a few more to make little brother happy.”

Absolute beginning coldly stared at him as he mocked, “Back then, he was a follower of the immortal king, a weak and pitiful person. Now, he actually dares to face me?”

Absolute beginning was one of the five old men. The five old men weren’t important characters. Their origins were actually very simple.

In the previous era, some of the major powers who died in battle had their souls transferred and reincarnated in this life. They awakened their memories and once again stepped into cultivation.

Absolute beginning had long experienced the vicissitudes of life and death. He didn’t panic when dealing with matters and ignored the ridicule. He calmly spoke, “Immortal King is a supreme genius. It’s my honor to be his follower.”

“A transcendent-level cultivator can actually be so shameless. How did you transcend?”Qing spoke with disdain.

“You don’t have to worry about that. I have my own abilities to transcend. Now, I’d like to invite you to witness it.”Absolute beginning’s face was cold. He stepped forward and faced the strong wind.

“You want to fight with me? You’re not worthy!”Tai Chu shouted. He stretched out his hand and grabbed a war spear in the air, emitting a terrifying aura of death.

This time, it was the real one, not a fake one. Its power was tremendous, and it was extremely terrifying. Holding a blood-colored spear with one hand, it carried a surging murderous aura. The aura of Doomsday pressed down fiercely. Light danced and suppressed the spear.

Absolute beginning watched coldly. His expression suddenly changed. A pair of big hands stretched out, and the aura of an emperor surged.

Seven characters appeared. They were all characters from the previous era. They had long been lost, and very few people could recognize them.

Ye Sheng just had to recognize them. Each of these seven characters was about the same size as ye Sheng.

This was the meaning of these seven characters. It was very simple. This attack was to break the formation.

It was too powerful. The invincible world-destroying battle spear was extremely terrifying. It was a sudden attack.

All living things were in chaos. The attack covered absolute beginning’s body.

Absolute beginning gave his own plan.

Breaking all the techniques in the world. These seven words could break all attacks.

Absolute beginning pushed the seven words and flew out. His body flew quickly and collided with the attack of absolute beginning. It caused the deep part of the universe to surge and explode. Huge waves rose in the Sea of chaos. It was extremely terrifying.

The first level old man looked extremely weak. However, if he really thought that way, he would be a fool.

In the sky, seven characters flew out and wrapped around the world-ending battle spear, fiercely flashing in the universe. Separated by a galaxy, these seven characters were like seven resplendent galaxies, causing the other beautiful scenes to pale in comparison.

“Innate characters, you actually have such a treasure?”Yuan Leng’s eyes erupted with killing intent as he stared at absolute beginning.

“You are not from this era,”Yuan Leng said coldly. Previously, he thought that he was the follower of the Immortal King. Now, it seemed that some old fellows were unwilling to die and wanted to do it again.

“Whether I am or not is not important. What is important is that I will kill you today!”Absolute beginning said coldly.

“Just You Alone?”Absolute beginning sneered and shook his head disdainfully. “You can’t do it alone.”

Tai Chu opened his big hand, and he immediately pressed down on Tai Chu. The aura of transcendence spread out, creating ripples that rippled rapidly. It was extremely terrifying.

Yuan sneered when he saw this scene. “Small tricks. You’re still too inexperienced in front of me.”

Yuan didn’t do anything else but pressed down with his hand.

If you press me, I’ll press you.

After the two people’s big hands collided, countless abilities poured out, dealing a destructive blow in the ancestral land of the chaos clan.

The other emperors also watched from afar. This was a battle between transcendents, and they couldn’t intervene.

Ye Sheng and the old turtle’s eyes brightened when they saw this scene.

Absolute beginning could fight against Tai. This was giving them a chance.

She waved her hand, and her slender fingers covered the air. They turned into a prison to imprison Qing.

“13 apocalyptic slashes!”Qing did not hesitate and displayed his powerful cultivation technique. With a large saber in his hand, he crazily hacked open the prison and then pounced towards Qing.

“Kill!”Qing did not say much, revealing his naked killing intent.

He wanted to kill Qing and then deal with the old turtle, giving Yuan a chance to refine the immortal king.

“Are all the cultivation techniques of your primal chaos race all like this?”Qing ridiculed. His body immediately flew out, emitting a red halo, like a primal chaos mist. The only difference was that it was red.

Something used this red mist to wrap his palm with a primal chaos aura. Then, he used a single palm to block Qing’s broadsword.

Qing’s eyes were wide open in anger. He couldn’t believe that his broadsword couldn’t even break through a simple layer of protective barrier?

“You guys have been living too comfortably. You have long lost the desire to improve. With an opportunity, you can say that you haven’t improved at all. However, I have been improving at home all the time. Now, our relationship has changed. I am stronger and you are weaker. So, obediently die for me.”Something’s words were cold, his small face was filled with anger as he ruthlessly slapped Qing’s face.

Qing’s body trembled as he felt ashamed and angry. He had actually been hit by a girl.

“Don’t think that I don’t know who you are. Are you still my junior? You actually dare to slap my face?”Qing roared angrily and suddenly attacked. A storm raged as he brandished his large saber, forcing something to continuously retreat.

“What are you guys still standing there for? Save the Immortal King!”Bing suddenly looked over and shouted angrily.

He saw that the old turtle and Ye Sheng were actually watching a show. He was so angry that he was half dead.

The old turtle and Ye Sheng shuddered. They were a little engrossed in watching. It was a sin, a sin, a sin.

“You go save the Immortal King, and I’ll go find Yuan. This fellow is a coward. Does he really think that he can beat me?”The old turtle said angrily.

Ye Sheng nodded. He knew what he was capable of, so he did not want to show off and overestimate himself by challenging the transcendence realm.