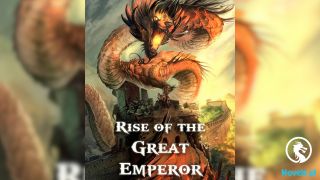 Ye Sheng supported the old turtle. It was impossible to find Yuan in the ancient city. One could not tell if Yuan had turned into a speck of dust or a huge rock.

Stone city was very sturdy. Ye Sheng could not tear it down. This thing was not something an immortal king like him could tear down.

Ye Sheng could not tear it down, but the old turtle could.

It and Yuan were from the same era. They knew each other well and were much more of a threat to stone city than Ye Sheng.

Ye Sheng thought Yuan would appear. After all, Stone City was still very important. This was a magic treasure that had been refined for six eras, and it was even more powerful than the immortal vanquishing sword formation.

After all, the immortal vanquishing sword formation only had extreme killing power, and nothing else.

Stone city was different. It was very comprehensive, and it was extremely different from the immortal vanquishing sword formation.

But Yuan had given it up. He just wouldn’t come out.

The old turtle scratched his head. He was very distressed.

“You destroyed Stone City.”Ye Sheng said to the old turtle.

“Because there are still some old undying ones that haven’t appeared yet.”The old turtle muttered.

“Who?”Ye Sheng stared at him in confusion.

“Yuan, Gu, Tai, Qing. These are the four great patriarchs of the primal chaos race. They are extremely terrifying,”said the old turtle.

“Yuan, Gu, Tai, Qing…”Ye Sheng was a little dumbfounded. were there two more?

“No. Then what are you waiting for? Hurry up and take care of Yuan. Release the Immortal King,”said Ye Sheng anxiously.

If he waited for the other two to revive, it would be difficult to deal with them.

Not only was there an old turtle, there was also the first demonic god.

The battle between the first demonic God and Gu was still going on. It was extremely intense, causing everything to return to the dust and chaos.

“What Plan?”Ye Sheng asked in surprise.

“To destroy the nine-sided heavenly stele of the primal chaos race,”the old turtle said in a low voice.

Only then did ye Sheng remember that at the end of the last era when he entered the river of time, Ye Sheng had met the martial ancestor. The martial ancestor had brought Ye Sheng deep into the ancestral land of the primal chaos race and snatched away the three-sided stone stele.

This was the confidence of the primal chaos race.

Although Ye Sheng did not know what the use of the primal chaos race’s heavenly stele was, the old turtle and the others would take it even if they died. That was definitely very important.

“Destroying the nine-sided heavenly stele is not bad, but what about the plan? Just you and the first demonic God?”Ye Sheng asked in surprise.

“How can that be? Didn’t the old Titan come as well? There are also other people hiding in the dark. Do you think we will be foolish enough to let you charge into the battle alone?”The old turtle looked at Ye Sheng with a slanted gaze.

Ye Sheng thought about it and it made sense. The primal chaos was so easy to explore, so they would not fail so many times.

“What exactly is the nine-sided heavenly stele of the Chaos Race?”Ye Sheng was extremely curious.

The nine-sided heavenly stele of the chaos race, was it really that powerful?

When it was time to know, he would naturally know.

“Then what should we do now? Continue to guard the Stone City and not save the Immortal King?”Ye Sheng asked in puzzlement.

“Of course not. The Immortal King still has to be saved. Right now, the troublesome thing is that Yuan is stalling for time. He is waiting for the other two to revive while I am also waiting.”The old turtle said in frustration.

“Good my ass. Although we are all waiting for the primal chaos ancestor to revive and wipe him out in one fell swoop, I still need to save the Immortal King.”The old turtle said angrily.

“This bastard, cowardly turtle. He is more like a turtle than I am. He hid the immortal king and didn’t show himself. This way, the immortal king won’t come out. When the primal chaos old monsters revive, we will have one less peak combat power.”The old turtle cursed.

Ye Sheng understood. Both sides were stalling for time, but the only difference was the immortal King!

If the immortal king wasn’t rescued, stalling for time would be in vain.

“Then we will overturn this stone city.”Ye Sheng said decisively.

“There are still some old monsters that haven’t appeared.”The old turtle said hesitantly.

“What are you afraid of? The Immortal King has been rescued. We will directly snatch the nine-faced heavenly stele of the primal chaos race. I don’t believe that they won’t appear when the time comes.”Ye Sheng said fiercely.

The old turtle smoked his cigar and took a few deep breaths. Then, he spat out a large number of smoke rings and said, “Drink up. Damn it, I’ll let you hide. I’ll let you learn from me to be a coward.”

The old turtle was enraged. He fiercely flung his cigar and directly pulled out his pet.

“Smash It for me, smash it to death.”The old turtle growled.

A blood dragon appeared. Ye Sheng had seen it before, in the primal chaos ancestral land of the previous era.

The old turtle’s pet had a unique personality. It was an extremely rare mutated blood dragon of the dragon race. Its entire body was blood red, and it was incomparably powerful. It was at least at the peak-stage of the Emperor realm.

The Blood Dragon’s body suddenly grew larger, and an area of more than ten miles was like a mountain. With a roar, even the sky was shattered. There was clearly only one dragon, but it was like an army of thousands of horses. It was as if a hundred thousand heavenly soldiers had descended to the mortal world, and its aura was unparalleled, a murderous aura blotted out the sky and covered the earth.

Ye Sheng stayed far away from the blood dragon, and the old turtle carefully observed the changes in the Stone City.

Wherever the changes were big, that was where Yuan was hiding.

The Heaven and earth trembled. Divine light flourished in the Stone City, and killing intent overflowed into the sky. It swept through the six directions and eight desolates. Chaotic qi pervaded the air, and battle intent permeated the universe’s starry sky.

The Blood Dragon roared and let out a terrifying sound. Its body flew up into the sky and ruthlessly descended. Its four claws were like four heavenly pillars, directly piercing down.

The stone city was broken, and a horn was broken. An enormous sharpness and power erupted.

The Stone City itself was a dharma treasure, and was extremely terrifying. But now, it was completely ravaged by the blood dragon, and didn’t even have the chance to retaliate.

Yuan didn’t dare to come out.

Once he came out, it wasn’t a big deal to fight with the old turtle. The key was Ye Sheng.

Once Ye Sheng came into contact with the immortal king, he would be finished.

Once the Immortal King was released, Yuan was certain that he would be the first to die.

In this current universe, no one understood the immortal king better than Yuan.

Only Yuan knew how terrifying the Immortal King was.

The Immortal King alone was able to hold back these few ancestors of the primal chaos race. Some died while others slept. The number one devil god of this era, Chu Xiangyu and the others were able to develop so easily because of the creation of the Immortal King.

Such a terrifying character, Yuan Shi was truly afraid from the bottom of his heart.