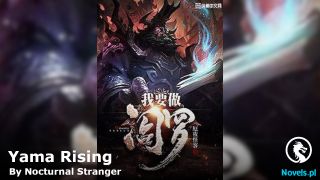 The old turtle smoked his cigar. After finishing one cigar, he swiftly changed to another. The smoke lingered in the air as he asked, “Do you know how many paths there are to transcend?”

Ye sheng shook his head, “I’ve just broken through to the immortal King Realm and am still a distance away from becoming an emperor. I’ve never heard of the path of transcending.”

“That’s right, you are too weak.”The old turtle shook his head, regretting.

“There are two paths to transcendence. One is the path of the masses, and the other is the path of walking on a tightrope. The slightest carelessness would lead to eternal damnation.”The old turtle spoke.

“The stone golem is a path.”Ye Sheng immediately replied. Chu Xiangyu was walking on this path, hence he knew of it.

“The stone golem is a path, and it’s also the path of the masses. Everyone can walk on it, creating a stone city and transforming from it, shedding the body of the stone golem.”The old turtle nodded.

“What about the other path?”Ye Sheng asked curiously.

The Golem was one path, and it was the path of the masses. However, even if it was the mass golem, the success rate was very low. Wouldn’t it be more dangerous to walk the Tightrope?

“The other path is self-sublimation, reaching the limit. The next step for a peak emperor is to transcend. It’s also known as the era’s expert.”The old turtle muttered.

“An expert of the epoch?”Ye Sheng muttered.

“But an expert of the epoch is very difficult. If a hundred people try, five people will be considered lucky. “Therefore, everyone chose the Rockman. The Rockman built the city and achieved transcendence. That Gu is like this, and so is Chu Xiangyu.”The old turtle pointed.

“Then, by saying this, are you saying that independent transcendence is more powerful than the Rockman?”Ye Sheng’s eyes lit up. He looked at the battle outside the Stone City where the mist and chaotic aura were surging. He could no longer tell who was who.

“In that case, the number one fiendcelestial achieved independent transcendence?”Ye Sheng said in surprise.

How was the number one fiendcelestial powerful?

He transcended on his own. Even Chu Xiangyu could only choose the method of stone golems constructing the city. He actually chose to transcend on his own despite the danger and even succeeded?

After the first fiendcelestial began to transcend on his own, Chu Xiangyu took over the major responsibility. He began to constantly plan and plot for eternity before finally choosing to transcend in the seventh realm.

“Naturally, this is also the reason why I’m not worried about him. Even if he can’t defeat Gu, he won’t be defeated. Now, we can be at ease and prepare to save the Immortal King.”The old turtle smoked his cigar and revealed an iconic smile, after that, he brought ye Sheng and strolled around Yuan’s ancient city.

He disappeared without a trace. The ancient city was silent and crisscrossed with buildings. The main road was winding and extremely huge.

The old turtle placed his hands behind his back and held a cigar in his mouth. As he walked, he swayed back and forth. This was the so-called eight steps of a king.

“Where is the Immortal King?”Ye Sheng curiously asked. Other than the two of them, there was no one else in this ancient city. After walking around for a while, he didn’t see the immortal king at all.

“If you ask me, who should I ASK?”The old turtle rolled his eyes at Li Xian.

“You don’t know where the Immortal King Is?”Ye Sheng widened his eyes. “If you don’t know, why did you promise to bring me in?”

“What’s there to be afraid of? The Immortal King is definitely in this city. If worst comes to worst, we can just turn this city upside down.”The old turtle said indifferently.

“Yuan would let you turn this city upside down so blatantly?”Ye Sheng asked doubtfully.

“Can’t you see that Yuan hasn’t made a move even after we’ve been here for so long?”The old turtle chuckled and said.

Only then did ye Sheng notice that Yuan hadn’t appeared for a long time?

Ye Sheng would never believe that Yuan was afraid of the old turtle.

The old turtle had nothing to be afraid of. Didn’t he see the old turtle enter the primal chaos ancestral land and Gu Li immediately came looking for him?

The only reason why Yuan did not dare to come out was because of the immortal king.

Once Yuan came out, the immortal King would be free!

The old turtle said with satisfaction, “You are a promising child. Yuan suppressed the most talented person of this era, and the price he paid was not small. Once the immortal king is free, he will be the first to suffer. That’s why this happened.”

Ye Sheng nodded and separated from the old turtle on the Cross Street, walking alone on the empty and Lonely Street.

The ancient city was filled with the aura of time. There were ancient trees with luxuriant branches and leaves, old age, withered plants, and yellowed grass. There were also bluestones that fell off, and houses that were damaged…

Everything here was no different from an ordinary ancient city.

Ye Sheng first circled around the ancient city and memorized the general area. Then, he began to search slowly.

Yuan was hiding in the ancient city with the immortal king. Yuan didn’t want to be disturbed.

If Yuan moved now, all his efforts would be in vain. The loss outweighed the gain. Therefore, he would rather lose face and let an immortal king like Ye Sheng wander around here than appear.

Ye Sheng walked past the teahouse, the restaurant, the inn, the academy, and the ancestral hall…

Everything here was lifelike, but it was a pity that there was no human habitation.

These places were exquisite and real, but they lacked a bit of human presence.

Without human presence, this was a dead city.

It was empty and there was no one.

Ye Sheng wanted to attack violently, but he also realized that this ancient city was a peerless magic treasure that had existed for six eras. With Ye Sheng’s current ability, he could not destroy it.

Could the old turtle do it?

Ye Sheng didn’t know. In any case, his current goal was simple and complicated. He was looking for traces of Yuan in the empty ancient city.

“Yuan, where are you?”Ye Sheng roared.

“Yuan, didn’t you want to kill me? Now That I’m here, where are you?”Ye Sheng shouted after walking for a bit.

At the same time, he was also paying attention to everything in the surroundings to ensure that nothing was missed.

However, Yuan still did not leave any traces.

Ye Sheng had explored the ancient city three times before and after. He had searched everywhere.

There were no traces.

Yuan had hidden himself and the immortal king very deeply, so ye Sheng could not find them.

On the other side, the old turtle also walked back angrily, he cursed, “Old Fart, you’re even more of a bastard than I am. You’re a coward, aren’t you? We both know each other very well. If I can’t find you, I’ll tear down your ancient city. I’d like to see how long you can hide it.”