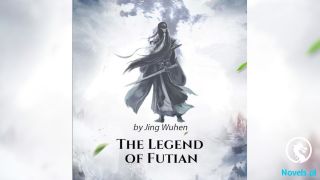 The first demonic God had arrived. The old turtle was emboldened as he pointed at Gu’s nose and cursed.

Gu’s expression was even more sinister and terrifying. It was as if he was a ten-thousand-year-old corpse, causing people to Shudder in fear.

“You, Turtle, are able to live for so many years because of your master’s luck. Unfortunately, so many eras have passed. You Won’t be able to live for long.”Gu’s voice was hoarse, like a blade scraping against each other, making an ear-piercing sound.

“If I can take all of you old fogeys who have been forgotten by time away when I leave, then my death will be well-deserved.”The old turtle laughed. He even dared to laugh at the arrival of the first demonic god. He was full of confidence.

“You’re courting death!”Gu Yi glared. His aura was like raging flames as he pounced over.

The old turtle waved his hand and said, “Your opponent isn’t me. I’m going to look for trouble with Yuan.”

The first demonic God waved his flag, and the aura of primal chaos spread out. It stirred the sky and enveloped Gu. He said coldly, “I really want to know how powerful you guys are after living for so many eras.”

“Then there’s no need to talk nonsense. You will know soon.”Gu Yi swept away his decadence and aura of death. He straightened his body and his aura rose. In an instant, the dusk turned into the noon sun, hot and fierce.

Back to the peak!

This was Gu Yi’s peak period. He had experienced six eras and maintained his peak state. Although it was decreasing year by year and these people were declining in every era, there were people from the chaos era who extended their lives for them, maintaining his state meant that Gu Yi still had a period of peak.

Gu Yi was usually full of death aura. That was just his state of preservation.

“You are still too young. You have only just transcended, yet you dare to barge into our primal chaos ancestral land. You are too bold. Today, I will teach you a lesson. Even if you are a transcending expert, the gap between one era and six eras is like a chasm that can not be bridged.”Gu’s body seemed to be inflating, he rapidly degenerated and aged. His skin became lively, his muscles tensed, his white hair turned black, and his lifeless face slowly degenerated.

Gu stretched out his hand and clenched it tightly. A huge dragon saber flew over. It was blood-red in color, and its hilt was like a dragon’s head. The blade was sharp, and it exuded boundless killing intent. It swung the saber at once!

This dragon saber seemed to have drunk the blood of billions of living beings. The chilling killing intent was bone-piercing and cold, causing even the first demonic god to cast a sidelong glance.

Ye Sheng took many steps back when he saw this scene. The battle between these people was not something he could participate in. The appearance of the Dragon Saber also surprised Ye Sheng.

A peak ancestral Dragon King turned into a dragon saber in Gu’s hand. It was simply terrifying.

Ye Sheng felt the power and coldness. His whole body was cold, almost trembling. He could not help but ask, “How strong is Gu, or how strong are those who have transcended?”

Ye Sheng did not have an accurate answer. He had not seen a few battles between transcending experts, so he could not judge.

“They are just trash who take advantage of their seniority. After transcendence, there is no way out and they do not dare to explore. They are stuck in their original territory and are starting to have wild ideas. “Rather than saying that the chaos race was created by a group of powerful people, it is more appropriate to say that they are a group of losers who huddle together to keep warm,”the first demonic God said coldly, with a loud roar, a dark golden lifeblood shot out like a heavenly pillar. It passed through the ancestral land of the chaos race and blotted out the sky and Earth. It surged violently and shattered the land boundary of 100,000 kilometers.

The first demonic God had a slender and strong figure. His black hair draped over his shoulders and his eyes were deep. With a loud roar, he shook the primal chaos ancestral land. The ancient primordial flag in his hand waved, wanting to tear apart the world and destroy all living things.

The dark golden blood in his body boiled, and powerful battle intent surged. It was as if he was devouring mountains and rivers, disrespecting the heavens and the earth.

The ancestors were insufficient, and the Heavenly Dao was not to be feared.

The first demonic God’s battle intent boiled, and he met Gu, who was at his peak. His eyes were cold and fierce, and there was only a crazed killing intent and a monstrous battle intent in the Sea of blood.

Gu arched his eyebrows. He did not care about the old turtle anymore. He wanted to kill someone seriously.

This person was the first demonic god.

“Who do you think you are? After walking through the endless length of the world, I have seen countless world-shaking peerless geniuses. In the end, they are still dead, injured, and dispirited. “Abandoning your own perseverance and joining our primal chaos race is uncountable. You are just one of them, an unremarkable existence. Perhaps after a few years, after a few epochs, I will occasionally think of you and say something. That is all.”Gu had absolute confidence, absolute confidence. He had killed countless so-called geniuses. The number one demonic god might have a high cultivation base, but he was no exception.

The number one demonic God did not give him any time to waste. He was just going to do it. There was no need to be afraid.

After hundreds of battles and attaining immortality, he had stepped onto the path of transcendence. The number one demonic God’s strength had turned heaven and earth upside down. Now, he had directly punched Gu.

It was also at this moment that a terrifying aura burst out like an ocean, like a galaxy exploding. It quickly rushed over and transformed into a huge fist. In an instant, it smashed the primal chaos ancestral land into pieces and attacked indiscriminately.

The old turtle had long seen that the situation was not good and fled!

Of course, Ye Sheng was not stupid. He fled with the old turtle.

The place where they fled was not anywhere else but Stone City.

A huge and terrifying aura erupted from the outside world. As they collided, blazing flames shot out like pillars, turning this area of a million miles into a chaotic ocean.

Only a stone city was floating up and down.

The first Devil God and Gu were engaged in a fierce battle.

Hiding in the Stone City, Ye Sheng could feel the terrifying aura and the violent energy outside. Just a little bit of it could tear him apart.

After breaking through to the Immortal King Realm, Ye Sheng thought he was very strong, but reality slapped him hard. He was still very weak, very weak.

In front of a transcendent, Ye Sheng had no way to fight back.

The old turtle took a glance and stopped looking. He was very confident in the number one demonic god. He smoked his cigar and puffed out smoke rings.

“Can the number one demonic god win?”Ye Sheng asked in confusion.

“Do you know how strong the number one fiendcelestial is?”Ye Sheng asked in surprise.

The old turtle shook his head and said, “This is the first time I’m meeting him today. I sensed it before, but I haven’t met him yet.”.

“You dare to say that you can’t lose on our first meeting?”Ye Sheng was speechless. He had thought that he knew everything. Who knew that it was their first meeting? This was too much bragging.

“Do you know why I said that?”The old turtle said mysteriously.

“Why?”Ye Sheng looked at it curiously.