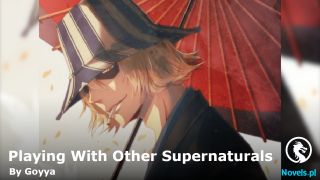 «The Earth Is My Dantian (Web Novel) - Chapter 898: The revival of Yuan

Chapter 898: The revival of Yuan

Yuan, the primal chaos ancestor, was one of the most ancient existences.

The People Ye Sheng had met before were all emperors who had only risen in recent years. They had not transcended yet, but he was now facing a great expert who had transcended.

Furthermore, Yuan had transcended for six eras. He had long been an undying existence.

The Immortal King being suppressed here was the same as restricting yuan here.

In front of Ye Sheng, the four doors were tightly shut and the city walls were filled with scars. If one looked carefully, one would realize that all of them had been beaten up by one person.

Only the immortal King could leave a mark on the stone city of a transcending expert.

It was no wonder that countless people wanted to save the immortal king. The ten elites of the DAO College would sacrifice their own lives to do so.

Stepping on the bones, Ye Sheng walked over. His blood-stained demeanor gave him a great harvest. His eyes shone brightly as he looked at the Stone City.

Within Stone City, a terrifying aura was sweeping out. This was a vibration, and it was spreading. Even Ye Sheng, who was a distance away from stone city, felt this power.

Stone city was simple and unadorned, and it carried a heavy aura. Only the word ‘terrifying’could describe it. Four longswords surrounded Ye Sheng, and they were also trembling, surging, and trembling.

The number one killing weapon in the universe. would it be effective against an almighty Yuan who had transcended six eras ago?

Ye Sheng had long seen the terror of Yuan from the memories of the ten heroes of the Dao College.

The ten heroes of the DAO College had entered and left the ancestral land of the chaos race more than twenty times. In these twenty times, only once had yuan been forced to make a move.

A large green hand, like a beast’s claw and like the palm of the blue sky, ruthlessly covered down and directly killed the third hero of the Dao College.

The third elite of the DAO College was at the peak of the Emperor realm and had fallen directly. It was so terrifying that it made people tremble.

Yuan’s original body had not even appeared and he had already killed him. Now, even if Ye Sheng was conceited, he would not feel that he was more powerful than the third elite.

He had gathered the remnant souls of the ten elite of the DAO College. With the remaining power of the ten elite on him, he could attack and kill the world. However, against the third elite, Ye Sheng felt that they were evenly matched.

His only advantage was the immortal slaying sword array.

This number one killing weapon was ye Sheng’s confidence. However, could it resist yuan?

Ye Sheng was not confident.

“Hubby, we are already here. There is no turning back. I support you and will go on resolutely. Even if we fail, I will accompany you,”Beauty Zhou suddenly said. She knew Ye Sheng’s worries.

Beauty Zhou was with Ye Sheng. If anything happened to Ye Sheng, she would die without a doubt.

Since I’ve chosen to follow you, then I’ll follow the Rooster and the dog. We’ll live together and die together.

Ye Sheng smiled. “I still have to thank you for giving birth to a cute and beautiful daughter for me.”

“I wouldn’t have been able to give birth without you. Yun ‘er is our child. With your hard work now, perhaps Yun ‘er will be able to live well in the future.”Beauty Zhou also smiled.

In the face of great danger and Great Terror, Ye Sheng gave her a smile.

“Yes, for the future generations, for the daughter, for the grandson and granddaughter that I don’t know when I will have. I will definitely do what I can.”Ye Sheng said firmly.

He pulled out a long sword and raised it high.

The other three treasured swords gathered together and formed a huge long sword.

Ye Sheng gathered all his strength, and the remaining power of the ten elites of the dao college burned wildly.

Ye Sheng roared, and a terrifying sword Qi swept out and covered everything.

This sword attack could easily kill an emperor, but it did not budge when it hit the city gate of Stone City.

A huge crack appeared on the city gate but it didn’t shatter. It was still as strong as before.

Ye Sheng took a deep breath and spoke with determination, “If one sword strike won’t do, then let’s do it again. If I don’t break through this gate today, I won’t give up.”

The Immortal King was inside. Ye Sheng wanted to use all his strength.

But just as ye Sheng was about to condense his second sword, a sigh rang out, “If you continue to grow, in less than a million years, you will definitely become an immortal king again. Why bother coming here, wasting your life and coming here to die?”

This sigh seemed to be regretting for Ye Sheng, but wasn’t it also a form of mockery.

In the past few million years, he had seen ten young men with great talent, willing to die for the sake of an immortal king.

Why didn’t these people think about it? Although immortal kings were very powerful, they weren’t weak either. In a few million years, it wasn’t impossible for them to become immortal kings.

Ye Sheng lifted his sword and laughed coldly, “What you said is right. Maybe in a million years, I will be stronger than even immortal kings. But So What?”

“I’ve promised others that I will save immortal kings in this era. In that case, I must do it. The most important thing in life is to keep my word.”Ye Sheng spoke with determination.

“A promise is more important than your life?”In the Stone City, a puzzled voice echoed.

“Of course, this is because this is my life’s creed. If I can’t do something, I won’t open my mouth. Once I open my mouth, I will definitely do it.”Ye Sheng coldly spoke, unsheathing his sword and raising his brows. This young man was in high spirits.

Although he had a wife, a daughter and was already several hundred years old, Ye Sheng was still a young man.

A man would still be a young man until his death. Ye Sheng’s eyes shone brightly, revealing a cold light.

It was neither copper, iron, nor steel. It had once been hidden under Mount Meru.

Without the need to reverse yin and yang, how could it not be tempered by water and fire?

The transformation of absolute immortals was endless. The blood of Golden Immortals would stain one’s clothes.

The Battle Song of the immortal slaying sword formation sounded. It was invincible in all directions.

The Sword Qi spread across 90,000 miles. One sword light was as cold as 80 prefectures!

With this sword attack, the city gate of Stone City would definitely be broken.

“Impudent!”Within Stone City, a furious voice rumbled like thunder. It was accompanied by a terrifying aura that was recovering.

Yuan gave up on continuing to suppress the immortal king and chose to revive.

Yuan, who had slept for close to an era, disappeared without a trace within the chaos race. Other than some old undying people who knew at the same time, he had not communicated with anyone for a long time and was wholeheartedly refining the immortal king.

Unfortunately, in the end, all his efforts had been for naught. Yuan was forced to revive by an immortal like Ye Sheng.

At this moment, Ye Sheng revealed a savage smile. He seemed to have touched upon Yuan’s taboo.

Yuan attacked Ye Sheng, just like how he attacked the third elite.

Ye Sheng felt that it was difficult for him to breathe and he was powerless to resist.