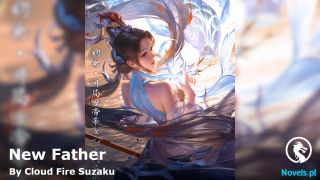 «The Earth Is My Dantian (Web Novel) - Chapter 899: The old turtle came

Yuan slapped down from a stone city because of Ye Sheng’s recovery.

The giant Green Palm was like a wild beast, covered in scales. It was extremely terrifying. When it came down, it sealed off all the space around Ye Sheng.

Ye Sheng had to take it.

How could he take it?

Yuan was in the transcendence realm. Ye Sheng was confident that he could only fight against peak emperors.

The only advantage he had was the celestial eradication sword formation.

But could the celestial eradication sword formation block this palm?

But since he wasn’t confident, he wanted to give it a try.

The huge green palm created a huge momentum that covered the entire world. It covered everything in an instant, and it was incomparably terrifying.

Ye Sheng had come at a bad time. He had interrupted his plan to refine the immortal king in one go.

Once the Immortal King was released, he had paid a huge price back then. He had caused several patriarchs to fall into a deep sleep. He had been injured and one of them had died. He had only managed to suppress the immortal king. Wasn’t that a waste?

The Terror of the Immortal King was unimaginable. He had surpassed everything. Even the ten elites of the Dao College admired him. No one had been able to reach the immortal king level in this era.

Even Chu Xiangyu only stepped onto the path of transcendence after millions of years.

The Immortal King used his mortal body to fight against the Rockmen and stalled the ancestors of the chaos race. His strength was shocking.

The Immortal King had to be saved. Just like Ye Sheng, he came willingly.

The four immortal slaying swords were vibrating, trembling, and surging. It was extremely intense.

Ye Sheng held the sword in his hand. His eyes were bloodshot, and his expression was solemn. He gritted his teeth and roared, “I am eternal, and I will live forever!”

This was the law, the origin law. All the laws of the ten elites of the DAO college were stacked together, allowing ye Sheng to display them.

This was also ye Sheng’s most powerful attack.

If Ye Sheng could not beat him, he would lose, and then he would die.

It was that simple.

One strike had gathered all the insights of the ten elites of the DAO College!

This strike had added the sharpest weapon, the celestial eradication Sword Formation!

Could this strike cut through the Green Hand?

Ye Sheng did not know, but he wanted to give it a try.

Pulling out his sword, Ye Sheng’s eyes blazed. The radiance around him fell like a sword rain, and he flew along with the celestial eradication sword formation.

A loud roar resounded throughout the ancestral land of the primal chaos tribe. It was filled with an indomitable determination.

Ye Sheng turned into a beam of light. A beam of blazing light fused into the immortal slaying sword formation and into this sword.

It directly slashed out.

The Sky, the Earth, everything, Eternity, time, space…

All of these things exploded out from this sword.

A sword ray collided with the green palm, creating an earth-shattering collision. It produced an incomparable power that tore apart the sky and shook the ancestral land of the chaos clan. The area within a hundred thousand Li was instantly shattered, destruction.

Ye Sheng’s sword collided with the green palm. After the collision, terrifying sparks flew out like meteors falling.

The ancestral land of the primal chaos clan was shaking. The collision between Ye Sheng and Yuan could not be predicted with divine power.

Yuan was cut by Ye Sheng, and a big cut through his palm was torn open. Yuan, who was at the transcendence realm, suffered a loss.

But that was all.

Ye Sheng was directly beaten until his body trembled. His body, which was already riddled with injuries, was now as fragile as a piece of paper. With a single blow, it broke, and he fell down like a floating catkin.

The only thing that entangled ye Sheng was the formation diagram.

But the formation diagram was also slowly dissipating. It protected ye Sheng’s last bit of life.

Yuan’s terror was far from what Ye Sheng could match. At this moment, he sighed helplessly.

In the end, Ye Sheng still could not save the immortal king.

The only thing that was worth being happy about was that Ye Sheng successfully injured yuan.

This was not surprising. The number one killing weapon in the world had a huge weakness.

It had no defensive power.

This was the weakness of the celestial eradication sword array.

Ye Sheng fell to the ground. He was not far from the city gate of Stone City. His weak breathing had already caused him to lose all his strength.

The Immortal King was still not saved.

“You should be proud of yourself. You’ve injured my true body. This wound will not heal in less than ten thousand years. You really should be proud.”A voice was heard through gritted teeth. It was Yuan.

He had never expected that ye Sheng could actually injure him.

But was it a light injury?

It definitely wasn’t a light injury.

Yuan needed to rest and recuperate for 10,000 years before he could heal the wound ye Sheng had caused. This was enough to make Yuan furious.

“It’s a pity that I didn’t chop off your head,”Ye Sheng said regretfully.

“You’re dreaming too much. Damn it.”Yuan roared angrily. In an instant, wind and clouds gathered and turned into a blood-red longsword that stabbed down ruthlessly.

Ye Sheng lay on the ground, unable to resist. His eyes were very calm. There was no fear, nor was there any fear.

When he came, Ye Sheng already had this realization.

This was the first time Ye Sheng felt the approaching of death in his mind.

He had never been closer to death than this time.

Ye Sheng smelled the footsteps of the Grim Reaper.

Unfortunately, in the next second, an old turtle who was smoking a cigar, wearing sunglasses, combed his hair, and had a big gold ring on his hand kicked the grim reaper over.

“I didn’t expect you to injure Yuan. Not bad, not bad.”The old turtle smoked his cigar and flicked the ashes. The Ashes flew out and directly shattered Yuan’s blood-colored longsword.

“Didn’t I ask you to be the vanguard? The moment I came, those old bastards would come out. I might not be able to make it here.”The old turtle smoked his cigar as he spoke.

“Are you asking me to send myself to my death?”Ye Sheng smiled bitterly.

“Don’t think like that. I’ve warned you before. You chose this.”The old turtle shook his head.

“Then is my work done?”Ye Sheng asked softly.

“It’s done. You can enter Stone City and save the Immortal King. The Great War is about to begin.”The old turtle said seriously.

“The Great War of the epoch. This time, we must make the primal chaos pay the price of blood.”The old turtle said ruthlessly. He smoked the cigar quickly and blew out smoke rings. Then, he sent a law into Ye Sheng’s body.

He was resurrected from death!

Ye Sheng’s body immediately began to stretch. His wounds healed without being healed. At this moment, the power in his body underwent a huge change.

Ye Sheng’s realm broke through to the immortal King Realm.