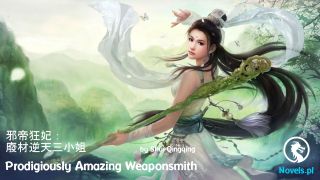 «The Earth Is My Dantian (Web Novel) - Chapter 894: Inheritance and inheritance

Ye Sheng said, “You can leave first. I will bring you along. We will never be separated.”

Ten tombs surrounded Ye Sheng. He stood in the center and looked around. A silent sorrow filled his heart.

These ten people were once high-spirited and looked down on the past and present. At such a young age, they had barged into the primal chaos ancestral land and slaughtered everyone.

But in the end, they had all turned into a pile of yellow soil.

Beauty Zhou and ye Yun ‘er both left. The azure-robed senior sister was engraving one mysterious array rune after another in the surroundings. With her status as an emperor, the array she could create was definitely a world-shaking array.

“Ye Sheng, you can communicate with the ten heroes now.”The azure-robed senior walked out of the range of the array formation and said.

Ye Sheng looked at the ten tombs but didn’t say anything. Instead, he sat down cross-legged.

Within ye Sheng’s body, the four immortal Punisher swords were quickly summoned and scattered in all directions. With a boom, they stabbed into the ground.

“Seniors, this junior, Ye Sheng, wishes to borrow your strength to explore the ancestral land of the primal chaos. Whether you live or Die is not a question of your future,”Ye Sheng said firmly.

A huge black arc of lightning struck down in the air. It exploded with a blinding light, and a terrifying energy instantly spread in all directions.

The nine bolts of lightning that followed closely behind exploded one by one. They were incomparably terrifying and soul-stirring, causing Beauty Zhou and the others to retreat again and again.

Even though the indigo-robed senior sister was an emperor, she could not help but retreat.

Which of the ten elites of the DAO College was not an emperor?

They were the youngest and most talented group of people. Now, they had also confirmed ye Sheng’s guess.

After the ten giant bolts of lightning exploded, in the next second, the array formation under Ye Sheng was activated. A huge yin-yang diagram slowly wrapped around ye Sheng and wrapped around him.

Terrifying Phantoms seeped out from the ten tombs.

At this moment, many people in the monastery were looking at this place with nostalgic expressions.

In the huge yin-yang array formation, ten phantoms stood in all directions and surrounded Ye Sheng. They wrapped around his body, and energy surged like lightning, like a vast ocean.

The Sky was shaking. Ten blurry soul shadows stood in the void, giving off an unspeakable evil and terrifying feeling.

The terrifying fluctuations emitted by the blurry figures made everyone’s heart palpitate. They were the trembling souls of the ten heroes of the Dao College, True Geniuses.

Seeing this scene, the blue-robed senior sister sighed and was speechless.

“Charge, into the ancestral land of the primal chaos race!”A Stern shout rang out.

“Primal Chaos race, it’s been a long time since I’ve heard of it. Back then, I massacred eight million primal chaos race members. I can still do it now.”

“I’ll use my blood to recommend Xuan Yuan. It’s just the primal chaos race. There’s nothing to be afraid of.”

“The people of the DAO College are not afraid of battle!”

The ten heroes of the DAO College were all roaring furiously. Their remnant souls were unwilling to accept this. They roared and then stared at Ye Sheng.

“It can withstand our power.”

“Another genius has appeared in our Dao College. Congratulations.”

“Then let us senior brothers join hands with you to charge into the ancestral land of the primal chaos.”

The ten elites of the dao college were rather satisfied with Ye Sheng. Now, they all agreed to let ye Sheng inherit their remaining power and charge into the ancestral land of the primal chaos.

In an instant, ten surges of tremendous power rushed into Ye Sheng’s body.

Ye Sheng threw his head back and let out a long roar. His eyes were tightly shut, and his black hair danced in the wind. The energy in his body soared at this moment.

In the next second, Ye Sheng opened his eyes in anger and hunger, shooting out two beams of sharp light that pierced through the heaven and earth.

Ye Sheng felt as if his entire body had split open.

His cultivation base was still at the peak of the immortal realm.

But at this moment, his strength had reached the emperor realm.

And he was still climbing.

Ye Sheng saw the lives of the ten heroes. Their strength, their arrogance, their ideals, and their fearless courage.

Ye Sheng also saw their love for each other, saw their sadness and desolation, and saw their frustration and unwillingness.

As he watched, tears fell from Ye Sheng’s eyes. It was as if he felt the same. Especially when he saw that the ten heroes, for the sake of the immortal king, didn’t hesitate to risk their lives. They barged into the primal chaos ancestral land, stirred up the primal chaos, and saved the Immortal King.

Ye Sheng still couldn’t bear it. He roared, and then his body instantly turned into a black hole. It was an enormous black hole, like a planet. It carried a terrifying aura, and it rapidly expanded, contracted, and absorbed energy.

In the next second, the black hole turned into Ye Sheng’s face. He roared and roared at the galaxy. The entire seventh world heard it.

Chi Jun looked at the dao college worriedly. He knew that it was Ye Sheng’s voice.

The old Titan and the old turtle watched this scene silently after suppressing the Chaos Tribe’s great heavenly venerate.

In Stone City, Chu Xiangyu was silent and silently prayed for Ye Sheng.

Beauty Zhou and ye Yun ‘er nervously clasped their hands together. They did not even know that their hands had turned green as they stared at Ye Sheng.

In the mausoleum, Ye Sheng’s black hole was still absorbing. At the same time, a formation diagram flew out from his body and surrounded his black hole.

The four swords of immortal execution also flew up and exploded with great power. They surrounded Ye Sheng and then stabbed into the formation diagram.

The number one killing treasure in the universe appeared and was controlled by Ye Sheng. It helped Ye Sheng suppress the violent power of the ten greats.

As time passed, Ye Sheng transformed into human form. He looked at the vast galaxy and the vast earth. He let out a long sigh and then stood up. All the strange images around him disappeared.

Ye Sheng’s body became extremely powerful. Every move he made was filled with a terrifying power.

“You succeeded,”the senior in Green said in satisfaction.

“Thank you, senior. I have to fulfill my promise now.”Ye Sheng smiled and nodded.

He looked at Beauty Zhou and stretched out his hand.

Beauty Zhou did not hesitate and held ye Sheng’s hand.

“Mom, Dad, are you going to leave me behind?”Ye Yun ‘er said sadly.

“Daughter, you still have a long way to go. Mom and Dad won’t always be with you. Mom and dad are going to do a big thing. You should learn from senior in green,”Ye Sheng said in a deep voice.

“Take me with you. I don’t want our family to be separated,”ye Yun ‘er cried.

“Be good. Mommy will accompany Daddy. You have to find someone to take care of you in the future,”Beauty Zhou said with a smile as she held ye Sheng’s arm.

“You Don’t love me. I hate you so much.”Ye Yun ‘er turned around and wiped her tears. She knew that she couldn’t Stop Ye Sheng and Beauty Zhou.