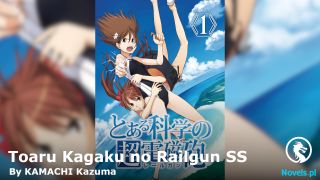 Chapter 893: Bring Me along

Beauty Zhou followed Ye Sheng and did not speak. Ye Yun ‘er wanted to speak a few times, but when the words reached her mouth, she could not bring herself to do so.

They returned the same way they came and approached the monastery. Ye Yun ‘er could not hold it in any longer.

“Daughter, there are some things that I have to do. You should understand.”Ye Sheng revealed a smile.

“I’ve already said it. Trust your father. He has gone through so many trials and tribulations. Why should I be afraid of these?”Ye Sheng smiled disdainfully.

“Father, I can see through your boasting at a glance.”Ye Yun ‘er burst into tears.

Beauty Zhou comforted ye Yun ‘er. “We need to support what father wants to do. You’re an adult now, so you need to have your own ideas. Father and mother will not be with you forever.”

Ye Yun ‘er’s eyes were full of tears, but she still said firmly, “You must be careful.”

Ye Sheng led them into the monastery.

In the greater world, the flowers were becoming more and more dazzling. Ye Sheng saw the blue-robed senior sister.

The blue-robed senior sister was waiting for him. She said calmly, “Chu Xiangyu told you?”

“Did you agree?”The blue-robed senior sister did not answer and continued to ask.

“Let me tell you a story.”The blue-robed senior brought Ye Sheng and his family to walk around the Dao College.

“The ten heroes of the Dao College?”Ye Sheng asked.

“Yes, the ten heroes of the DAO College are of the same lineage. They are all the personal disciples of the headmaster. All ten of them died at the hands of the primal chaos. Only their remnant souls survived.”The azure-robed senior said regretfully.

“The strength of the ten heroes of the Dao College lies in the fact that they once barged into the ancestral land of the primal chaos. They wanted to save the immortal king, but all ten of them failed.”The azure-robed senior sighed.

“They all wanted to save the Immortal King?”Ye Sheng asked in surprise.

“Of course. The Immortal King is an old friend of our dao college. Back then, when he was trapped in the ancestral land of the primal chaos race, many of us in the DAO College were thinking of ways to save him. The ten heroes of the DAO College entered one after another and all of them failed.”The azure-robed senior said regretfully.

“All of them failed?”Ye Sheng didn’t understand. Why did they still want to go after failing so many times?

“Even if they failed, it’s not like they didn’t gain anything. At the very least, they delayed a lot of the energy of the primal chaos race and didn’t have the energy to deal with the Immortal King. The ten of them sacrificed their lives to protect the immortal king.”The azure-robed senior spoke.

Ye Sheng was filled with respect. These ten people were too righteous.

Behind him, Beauty Zhou and ye Yun ‘er couldn’t help but admire them at this moment.

“That’s why it’s best for you to carry on their legacy,”the indigo-robed senior said.

“I’ll work hard.”Ye Sheng took a deep breath. He didn’t guarantee it. He could only say that he would do his best.

“Come with me.”The indigo-robed senior called out to Ye Sheng. She brought Ye Sheng’s family and rushed to a destination.

White Cherry Blossoms Fell and fluttered in the air. There were many flowers and plants around them. It didn’t look like a cemetery.

However, with a glance, one could see that ten tombs stood tall.

These tombs had been repaired. Stone tablets were placed in front of one’s face. There were no words on the surface of the tablets, not a single epitaph.

“These are the ten heroes of the Dao College?”Ye Sheng looked around curiously.

“Yes, these are the ten heroes of the Dao College.”His fist was ferocious as he first paid his respects to the people around him and then said.

Ye Sheng followed suit and paid his respects together with his family.

During the process of paying his respects, Ye Sheng suddenly heard an angry roar.

“In my life, I have fought against the heavens and the earth. The chaos race is nothing to be afraid of.”

“In the ancestral land of the chaos race, I can enter and exit as I please. What is there to be afraid of?”

“I want to save immortal kings, and I want to destroy the chaos race as well.”

“The Heavenly Dao is insufficient, and the ancestors are nothing to be afraid of. They are merely the chaos race, and I will kill them sooner or later.”

“There’s no need to worry. Give me time, and I will definitely be able to destroy the chaos race.”

These were the voices of the ten heroes of the Dao College. They were filled with lofty aspirations and high spirits, and they wanted to compete with the heavenly duke.

However, in the next second, Ye Sheng heard the sounds of a fight. A boom rang out, accompanied by a few miserable cries. The fight lasted for a very long time.

By the time Ye Sheng raised his head, his forehead was covered in sweat. It was as if he had just experienced an intense life-and-death battle, and he had narrowly escaped death.

“What did you hear?”The senior in Indigo asked.

Ye Sheng raised his head and looked around him. He slowly said, “Revenge!”

In the last battle, the ten heroes all let out furious roars, wanting revenge.

“Ye Sheng, let me ask you now. Are you willing to accept the power of the ten heroes of the Dao College?”The indigo-robed senior asked seriously.

Ye Sheng nodded and said without hesitation, “No problem.”

“The power of the ten heroes of the Dao College is too great. No one with a good body can withstand it. You have to think carefully.”The indigo-robed senior said seriously.

“I know. This is what Chu Xiangyu said about a certain death, but I’m willing to give it a try.”Ye Sheng said firmly.

“Then you can stay here and receive the inheritance of the ten heroes of the Dao College.”The blue-robed senior pointed.

Ye Sheng looked at Beauty Zhou with a gentle gaze and said, “Go home and wait for me.”

Beauty Zhou shook her head and handed ye Yun ‘er to the blue-robed senior. She said, “Please take care of our daughter, senior. Ye Sheng and I are very grateful.”

“Mom, what are you doing?”Ye Yun ‘er said in panic.

Beauty Zhou did not care about her anymore. She walked up to Ye Sheng and said firmly, “You are a big hero, my hero, so I won’t stop you. But no matter what you do, Bring Me along.”

“What did you say when you married me back then?”Beauty Zhou had changed from her usual gentleness to her domineering self when she was a young girl. This was also her side as she stared at Ye Sheng.

“Do you still want me to feel the news of waiting for you to die again?”

“Do you still want me to wait for my husband on the Lonely Snow Mountain?”

“If you want to do your own thing, I Won’t Stop You. Bring me along.”Beauty Zhou only had one request.

Ye Sheng looked at Beauty Zhou and refused to say anything. He couldn’t say it no matter what.