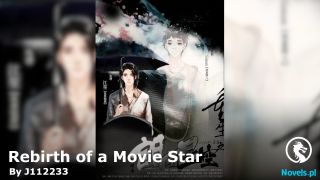 When Ye Sheng opened his eyes, his eyes were filled with chaos.

“I am the Emperor of Great Xia. I am in charge of the world, and I command all the officials.”

But at the same time, another terrifying consciousness awakened.

“I am Ye Sheng. I have returned from reincarnation. Thanks to this jade pendant, my spiritual sense was preserved. Otherwise, I would not have been able to escape the disaster.”Ye Sheng rejoiced.

When Ye Sheng woke up again, it was in a simple cave. This time, he didn’t dare to underestimate this place.

It was too terrifying.

In the end of his reincarnation, he really lost himself. Every life he lived was immersed in it. He lived a life of hardship, happiness, poverty, and wealth…

He enjoyed himself, indulged in it, and couldn’t extricate himself.

This outcome was nothing more than Ye Sheng’s mental breakdown. The more times he reincarnated, the harder it was for him to return.

If that was the case, Ye Sheng would be crippled.

The Reincarnation Cave was just that terrifying.

Ye Sheng had a cultivation base at the peak of the immortal realm, but he was still unable to escape.

If it wasn’t for that old man, he would have been doomed.

“Who is that old man?”Ye Sheng thought hard. He could be sure that the old man was here to rescue him. If he didn’t give him the jade pendant, Ye Sheng would continue reincarnating.

So who was that old man who could freely enter and exit the reincarnation cave?

Ye Sheng slowly got up. He couldn’t figure out who it was, so he could only go out and ask his senior.

As soon as he got up, Ye Sheng felt a terrifying power stacking up in his body.

“My strength has been condensed a lot.”Ye Sheng examined himself in surprise. He found that his strength, which had been forcefully raised, had become much more condensed at this moment. It had recovered to the level of hard work in cultivation, it was the same quality as before.

“My problem has been solved.”Ye Sheng happily felt his strength. He no longer felt like he was floating. It was very good.

At this moment, Ye Sheng was a genuine peak immortal.

Only after reaching this step did ye Sheng feel satisfied and walked out of the reincarnation cave.

Outside the cave, a ray of sunlight shone down, somewhat dazzling. It made Ye Sheng narrow his eyes and look at the reincarnation cave behind him. Although it was simple and crude, it was a rarely seen power.

Outside the cave, his wife, Beauty Zhou, his daughter, Ye Yun ‘er, and his senior in Green were all waiting for Ye Sheng.

The blue-robed senior was calm and composed, without the slightest fluctuation. Speaking of which, she was an emperor, and Ye Sheng felt that she was much more powerful than an ordinary emperor.

“How long has it been?”Ye Sheng asked. It was truly a time of vicissitudes. The time they waited outside was the time Ye Sheng spent in the world of reincarnation. He walked from one world to another, experiencing different identities, now that he thought about it, it was like an instant in the vast sea.

Ye Sheng was in a trance for a moment. One day, twelve hours, twenty hours, sixty minutes per hour, sixty seconds per minute, and one reincarnation per second.

Ye Sheng had gone through an eternal reincarnation. He shook his head. Although he had gone in for one day, in reality, he was already thousands of worlds away.

It was also thanks to Ye Sheng’s strong mentality. If it was someone with a weak mentality, they would have long felt that time and space were in disorder.

“In the reincarnation cave, I was once immersed in it and could not extricate myself. It was an old man who saved me. Who Is this old man?”Ye Sheng asked the azure-robed senior and at the same time, he evolved the appearance of the old man.

The azure-robed senior smiled and said, “Didn’t you guess it?”

Ye Sheng shook his head and said, “I guess it is my guess, but I still need to confirm it.”

Ye Sheng had his own guess, but he always felt that it was impossible because he had no interaction with this old man.

“The dean of the DAO College, the time and Space Old Man.”The senior in Indigo gown gave ye Sheng the correct answer.

Ye Sheng was not surprised. He guessed correctly.

“Why did the Dean come to save me?”Ye Sheng asked his own doubts.

The dean of the DAO College was a big shot, a real big shot, and he actually came to rescue him. What was going on?

“Maybe it’s because you’re worth saving. I don’t know either. In the future, when you see him, you can ask him yourself,”the indigo-robed senior said casually and turned to leave.

Ye Sheng hugged his wife and daughter and then said to them, “I’ll take you to see a person.”

“A big shot who helped a lot when your father was weak,”ye Sheng said with a smile.

He planned to take the mother and daughter to meet Chu Xiangyu.

The indigo-robed senior walked far away, waved her hand and said, “Ye Sheng, leave on your own.”

Ye Sheng bowed to the indigo-robed senior, then left the monastery together with Beauty Zhou and ye Yun ‘er.

After going through so many cycles of reincarnation, Ye Sheng slowly adjusted his heart along the way so that he would not fall into a frenzy.

When these conflicts were put together, those who did not have a certain amount of willpower would not be able to control themselves.

Fortunately, Ye Sheng’s expression was only a little more serious. He did not say anything to anyone and just silently endured it alone.

When they arrived, Ye Sheng brought his family out of the monastery. Following the path in their memories, they advanced all the way and finally saw Chu Xiangyu’s Stone City.

It was a good thing that the city was not dilapidated. When Ye Sheng saw it for the first time, he immediately felt relieved.

Chu Xiangyu did not fail. It was not bad.

The second glance was to see if the city had blossomed.

The first sign of success in transcending was the blooming of flowers.

The blooming of Stone City meant that the success of transcending was more than half. As long as everything went according to plan, everything would be fine.

With Ye Sheng’s arrival, the gate of Stone City opened by itself.

Ye Sheng led his family into the stone city. They walked through the main road and came to the center. A lifelike stone statue was there. It was none other than Chu Xiangyu.

“Father, is this the senior who has helped you a lot?”Ye Yun ‘er asked softly.

Ye sheng nodded and said, “This is known as transcendence in cultivation. To be able to reach this step, one must be a mighty figure. Your father will probably follow this path in the future.”

“The murderous aura on your body is very heavy now,”Chu Xiangyu said faintly.

“Yes, the murderous aura is too heavy, but I’m also too weak,”ye Sheng said with a bitter smile.

The number one killing sword array in the universe was on his body. How could the murderous aura not be heavy?

But unfortunately, he was too weak.

“It’s the first time I’ve seen you. Your cultivation base in the immortal trove is pretty good. It’s only been a few years,”chu xiangyu consoled ye Sheng.

“Senior, is there any hope of transcending?”Ye Sheng suddenly asked.

If Chu Xiangyu had any hope of transcending, then their battle strength would greatly increase.