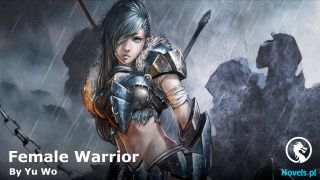 «The Earth Is My Dantian (Web Novel) - Chapter 891: The Great Paragon of the primal chaos race

Chapter 891: The Great Paragon of the primal chaos race

“The difficulty of transcending is hard to imagine. In the past, I still felt that I could take a gamble, but now, I can only do my best and leave everything to fate,”Chu Xiangyu said helplessly.

“There’s a difficulty in transcending?”Ye Sheng said in surprise. With Chu Xiangyu’s talent, he shouldn’t be like this. If he couldn’t transcend, then how would the future generations walk this path?

“It’s far away and endless. I Can’t see the path ahead. It’s like an endless climb,”Chu Xiangyu said.

Ye Sheng was deep in thought. It seemed that transcending was a very terrifying thing.

“It’s not that I haven’t thought about this situation back then, so I can accept it. But in this era, I won’t be able to succeed,”Chu Xiangyu said regretfully.

Ye sheng smiled and said, “There are still many people in this era who are persisting and holding on. You can transcend with peace of mind. Although my cultivation base is weak, I will sacrifice my life for righteousness.”

“You are a person with great luck. I believe that you will be able to accomplish great things. However, things aren’t so simple now. I reckon that the seventh world will be lost.”Chu Xiangyu said regretfully.

“What do you mean?”Ye Sheng frowned and his expression became serious.

“Someone is coming.”Chu Xiangyu looked up at the sky and said.

The sky suddenly trembled. It was like a mirror that was instantly shattered. Countless things fell down, and a terrifying aura spread out with a rumbling sound.

A primal chaos expert was attacking.

Ye Sheng immediately looked up in shock. In the sky, enemies were attacking.

Ye Yun ‘er and Beauty Zhou both looked up worriedly. What exactly was this?

At this moment, many people looked up at the sky with solemn expressions. This person’s aura was so great that he wasn’t a simple emperor.

“The seventh world, the legendary seventh world, has actually been obtained by you. You guys really hid it well. If it wasn’t for your large-scale movement this time, I still wouldn’t know where the seventh world is.”A low and terrifying voice echoed in the sky, it was like Rolling Thunder that shook one’s soul.

“So many people. Is this the hope of your era?”A five-colored ray of light erupted and turned into a door. After which, a figure slowly walked out.

This was a golden-haired man with a fair complexion. He was a handsome man who wore a long robe and had an outstanding temperament. He took a step forward and stood in the sky, looking down at the Earth. A cold smile hung on the corner of his mouth.

At this moment, a bridge of Heaven and Earth crossed the Earth and the sky. It closed in on the golden-haired man, and a tall figure appeared on the bridge.

The Old Titan who had been hiding in the Small World finally walked out and faced the golden-haired man.

Below, Ye Sheng’s expression changed greatly. He knew that the person who could make the old Titan appear must be very terrifying.

“The bridge of the heavens. This is the magic treasure that you stole from my chaos race.”The golden-haired man took a glance at this ancient and Grand Bridge and immediately recognized it. He sneered.

“This is also something that your chaos race stole from others.”The old Titan said indifferently.

“That’s right. We are bandits, and you are also bandits. Everyone is essentially the same, so I won’t criticize you.”The golden-haired man looked at the old Titan. After thinking carefully, he suddenly remembered.

“You are the remnant of the Titan Star, the Titan Elder who escaped?”

“I am the Titan Elder, the Eternal Titan.”The old Titan introduced himself, his eyes full of murderous intent.

Titan also had bloodlines. The highest level was the Eternal Titan, and it would not die out easily.

“I remember now. In this era, a transcendent appeared in the Titan clan, and then the Titan clan was destroyed by us. You are the only one who escaped.”The blond man sneered.

“Since you escaped, you don’t wish to continue living on your last breath. Yet, you still dare to oppose us? Are you courting death?”The golden-haired man laughed coldly.

“You Primal Chaos races are too overbearing. Even if I were to escape, you wouldn’t spare me.”The old Titan laughed coldly.

“The main reason is that you are too noisy. You are chattering by your ears. Every time, you try to resist, but every time, you fail. You are unable to see the situation clearly, and you are courting death.”The golden-haired youth shook his head disdainfully.

“Even if it’s an ant trying to shake a tree, you still have to try. Moreover, you guys aren’t trees, and we aren’t ants either. Today, you came to the seventh realm alone. You’re too arrogant.”The old Titan said with a cold glint in his eyes.

“Can you stop me?”The golden-haired young man stretched out his hand. Immediately, a large hand split open the sky and fiercely collided with the bridge of Heaven.

The air currents in the world churned, and the white clouds were crushed. The bridge of heaven shook violently, and it was extremely terrifying.

This situation far exceeded everyone’s expectations, and they began to fight at the slightest disagreement.

The old Titan suddenly leaped, and his body was huge. He was over ten meters tall, and like a heart ape, he began to break free from his restraints.

“Primogenitor’s Divine Fist!”The old Titan displayed a rare consummate skill. It was his supreme technique, and his attack was astonishing.

The fist was thrown out, and the sky trembled as if it was about to collapse. The golden-haired man’s body was unstable, and he was singing a supreme hymn.

“I have walked through time. I have experienced endless trials and tribulations, and I am eternal and indestructible. The attacks of the world can not intimidate me.”This was the law, the effect of the primitive law.

The old Titan’s Primogenitor’s fist was useless. It was blocked by the golden-haired man. It was as if he was isolated from time and space, and the attacks of this world could not harm him.

The old Titan coldly shouted when he saw this scene. He wasn’t surprised at all. There were many abilities of an emperor, but these were nothing.

“Heaven and earth will be destroyed together!”

The old Titan still used an extremely powerful attack. His supreme technique was an endless attack. No matter where you hide, I will hit you. Time Can’t Stop Me, and Space Can’t Stop Me.

The battle between these two could easily tear apart the sky of the seventh world. Fortunately, the bridge of heaven was suppressing it. Even if there were many cracks, it could ensure that the seventh world wouldn’t collapse.

Ye Sheng watched from below and said in fear, “Is the seventh world going to be destroyed?”

“It can’t be destroyed for the time being. This person is too arrogant. He came alone,”Chu Xiangyu said.

“That’s right. You guessed right, Kid.”A cheap voice sounded. Ye Sheng turned his head to look. A turtle was walking over. He was chewing on a cigar, and behind him was a cute baby ancestral dragon.

“Long time no see.”The old turtle took a puff of the cigar. His eyes, which were wearing sunglasses, emitted a bright light.

“Long time no see, Ye Sheng.”Baby ancestral dragon greeted him with a smile.

“Good, then.”Ye Sheng looked at them and was a little happy. Baby Ancestral Dragon had learned from this cheap old turtle, and he had improved very quickly. His aura was profound, and he was actually at the immortal realm.