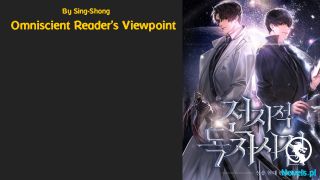 «The Earth Is My Dantian (Web Novel) - Chapter 889: The monastery’s reincarnation cave

The indigo-robed senior took them into the monastery.

The monastery was so big that it contained the heavens and the earth. Three thousand great worlds and one hundred and twenty thousand small worlds were endlessly changing here.

Ye Sheng was stepping on a stone. It could be a greater world.

Ye Sheng picked up a branch. It could also be a small world.

This was the monastery.

After entering, one could feel the grandeur and vastness of the monastery. Ye Sheng saw Heaven and earth, saw all living things, and even saw the sun and moon…

Ye Sheng was in a daze for a moment. He asked the indigo-robed senior, “What I saw just now was an illusion?”

“What you saw is what you saw. There’s no need to suspect or verify it,”the senior in Indigo said calmly.

Ye Sheng was deep in thought. On the surface, the monastery only had a few thousand disciples, but in the dark, they had trained countless experts who were hidden in the myriad worlds.

The dean of the monastery was elder time, who was best at manipulating time and space.

“Father, what did you see?”Ye Yun ‘er asked curiously.

Ye sheng smiled and said, “I saw a colorful world, a place with infinite possibilities. You will naturally know about it in the future.”

Ye Sheng did not say it out loud. It was better to let the monastery speak for themselves about the hidden power of the monastery.

The family of three followed the blue-robed senior sister and walked through the somewhat ordinary monastery. Along the way, they saw experts traveling at lightning speed. Immortal kings could be seen everywhere, and immortal emperors could be seen occasionally.

“Blue-robed senior sister, is there anything you can help me with?”Ye Sheng asked curiously.

“I’ll bring you to a place. This place was not originally in the monastery. This time around, I’ve moved everything here together.”The blue-robed senior sister smiled at Ye Sheng.

Ye Sheng’s eyes lit up. The meaning behind her words was very likely to resolve his current weak cultivation.

The family of three followed the blue-robed senior sister into the back mountain of the monastery. They went deep into the mountain. The trees on both sides were tall and large, blocking the sunlight. A squint fell down, lengthening the shadows of the four people.

The blue-robed senior sister brought Ye Sheng to a cave.

“This is the place to solve your physical problems,”the senior said with a smile.

“This is it?”Ye Sheng asked suspiciously.

Ye Sheng looked at the cave. It was ordinary and did not have any sense of existence. It seemed to have been dug out by hand.

“It was indeed dug out by hand. It was originally moved here in a hurry. It did not take care of the appearance, but the inside is the reincarnation cave of our monastery,”the senior introduced.

“Reincarnation Cave?”Ye Sheng looked at it in surprise.

“Reincarnation takes place every second, day by day. After entering, you will fall into a deep sleep and enter the realm of reincarnation. You will reach the other shore and pass through a great dream of spring and autumn. In the dream, you will settle down,”the senior in Indigo Gown said.

“Is That So?”Ye Sheng’s eyes lit up. This was a good thing.

“Then can I enter?”Ye Sheng asked.

The senior in green waved her hand, indicating for Ye Sheng to do as he pleased. She said, “You are a disciple of the monastery. If you call me senior sister, you can naturally enter.”

Ye Sheng immediately said to beauty zhou, “Wait for me.”

Beauty Zhou nodded with a smile.

“Father, don’t worry. We will wait for you,”ye Yun ‘er added. She held Beauty Zhou’s arm. She did not look like a mother and daughter, but more like a pair of beautiful sisters.

Ye Sheng nodded and walked into the reincarnation cave under the watchful eyes of the senior in green.

After entering the simple and crude reincarnation cave, Ye Sheng felt that it wasn’t simple.

There was a mysterious power inside the cave. With a step, the surrounding scenery changed drastically.

It was as if everything was regressing or slowing down. Ye Sheng saw a drop of water fall. Normally, it would take a second, but now it was as slow as a year.

And this slowing down of time was slowly progressing, layer by layer.

Ye Sheng walked to the core and slowly sat down. His eyelids were fighting, and he couldn’t open his eyes.

He dreamed that he was a beggar for his entire life, lonely and desolate. In the end, he froze to death on a snowy night.

He dreamed that he turned into a swordsman, that a sword came from the west, and that a fairy flew from beyond the heavens.

He dreamed that his fist shook the world and he was invincible in the world. In the end, he was betrayed by his wife and poisoned to death.

At first, he knew that it was a dream, so he was very casual. In any case, it was all a dream.

But in the end, Ye Sheng was immersed in it, one life after another, unable to extricate himself, completely falling into the cycle of reincarnation.

One second of reincarnation, one second of life, no matter how high his cultivation base was or how long he lived, it was still one second.

In the end, he would live through life and death. He would no longer know who he was.

If this continued, he would definitely lose himself in this endless cycle of reincarnation.

In this life, Li Xiandao had transformed into a first-level prince. However, his country had been destroyed, and his country was gone. He could see the heavens and earth, and enemies were everywhere. They were people who wanted to take his head to claim their reward.

Ye Sheng laughed bitterly and let out a long howl. “If you want me to die, then I’ll fulfill your wish. This king is the crown prince and Prince, so it’s only right for me to revitalize the country. Unfortunately, this king has failed, so I’ll commit suicide here today.”

“It’s a pity to die at such a young age,”at this moment, a passing uncle said slowly.

“You don’t understand. I’ve lost my country, I’ve lost my inheritance, and the people want to overthrow us,”ye Sheng said with a bitter smile.

“That doesn’t mean you have to die. There’s no need for you to pay for the mistakes of your ancestors. As long as there’s a green mountain, there’s no need to worry about firewood. Don’t even think about committing suicide. Conceal your identity and hide your identity. Take this jade pendant. You can exchange it for some money. Use It as the capital to make a comeback.”The old man threw down a jade pendant, he turned around and left. When he left, he was still singing, and his voice sounded a little familiar.

Ye Sheng looked at the jade pendant. In the end, he did not choose to commit suicide. He chose to conceal his identity, accumulate his strength, and wait for an opportunity.

Ten years later, Ye Sheng established a superpower. The jade pendant that he had never sold was also on him. He really wanted to find the old man, but he could not find him no matter how hard he tried.

Fifty years later, Ye Sheng was on his deathbed. He held the jade pendant in his hand. Countless children knelt in front of him, crying.

Ye Sheng only felt that the crying sound was very far away. He tried his best to open his eyes and saw the jade pendant.

“In the end, it is you who will accompany me for my entire life.”Ye Sheng sighed. He placed the jade pendant on his head and slowly closed his eyes.

In front of him, the crying sound turned into wailing.