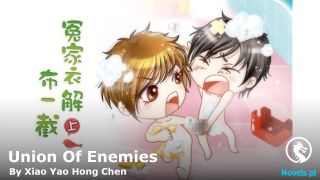 «The Earth Is My Dantian (Web Novel) - Chapter 888: Meeting the senior in Indigo again

Ye Sheng had not seen beauty Zhou for more than ten years. Although to cultivators, ten years was just a snap of the fingers, to Ye Sheng, it was a very long time.

Now that he was in front of Beauty Zhou, Ye Sheng actually felt that his feet had taken root, and he felt a little homesick.

Ever since Beauty Zhou and he got married, they had lived together less and apart more. To be honest, Ye Sheng felt very guilty towards her.

The mountain was towering, and its peak was like a sword, piercing straight into the sky. The forest was covered with vegetation, lush and verdant, and extremely beautiful.

Gradually, the air became colder, and the snow was white. They reached a mountain peak that was thousands of meters high. The cold wind blew against their faces, and the snow covered the mountain peak. In the white snow, Ye Sheng saw a house.

In front of the house, a beautiful figure was looking at the world, mountains, rivers, lakes, and seas. She could see everything at a glance.

The beautiful figure was wearing a red coat. In the snow, her pretty face was pink like a young girl’s, but her hair was white.

Her 3,000 black hair was now mixed with some white hair. It was very eye-catching and made Ye Sheng’s heart ache.

Logically speaking, she was almost at the half-immortal realm now. How could she have white hair if she hadn’t aged for 10,000 years?

But after missing her for a long time, it was like this. It hurt her mind, not other things.

Ye Sheng stepped on the white snow and slowly walked over. He looked at Beauty Zhou.

Beauty Zhou immediately turned around. There was a trace of surprise on her beautiful face, and her originally lifeless eyes shone with an incomparably bright light.

“Welcome Home,”said Beauty Zhou with a smile. It was just like before, with a brilliant smile.

Ye Sheng walked over and reached out to hug Beauty Zhou. He hugged her tightly in his arms and said, “I’ve made you worry. I’ll be fine.”

“I know that my husband is a great hero. He’ll definitely be fine,”said Beauty Zhou firmly.

Ye Sheng smiled and looked around. “Isn’t it lonely on this snowy mountain?”

Beauty Zhou smiled faintly and said, “I’m not lonely. On the contrary, it’s very quiet on this snowy mountain. It allows me to talk to myself and analyze my heart.”

“What About My Daughter?”Ye Sheng asked.

“It’s not like you don’t know her personality. She’s completely up to you. She can’t be quiet and runs around. I don’t know where she went,”Beauty Zhou said unhappily.

“She’s still young and hasn’t experienced much. When she has experienced more, she will naturally calm down,”ye Sheng comforted her.

“How did you get to the seventh realm?”Beauty Zhou asked curiously as she snuggled into Ye Sheng’s arms.

“Come, let’s go inside. I’ll talk to you properly.”Ye Sheng held beauty Zhou in his arms and entered the room. They began their night conversation.

For three days in a row, Ye Sheng accompanied Beauty Zhou. He enjoyed the beautiful scenery, calculated the world, explained his cultivation, and improved beauty Zhou bit by bit.

The husband and wife were also extremely loving.

But on the fourth day, Ye Yun ‘er broke it.

Ye Yun ‘er rushed back from afar. When she saw her father, she jumped onto Ye Sheng in surprise.

“Smelly father, smelly father, you worried me to death. We’ve all come to the seventh realm, and you’re the only one in the main universe. Are You Alright?”Ye Yun ‘er cried and laughed, and she was still concerned about Ye Sheng.

Ye Sheng and Beauty Zhou looked at each other and smiled. Then, they held each other’s hands and took ye Yun ‘er on a tour of the mountains and rivers. At the same time, they explained to ye Yun ‘er about the main universe.

After coming down from the mountain, the air was much fresher, and the temperature had also returned to an average level. Ye Sheng’s family began to drink and have fun by a lake.

“Where are my master, senior brother, and father-in-law?”Ye Sheng asked.

“They are all here, but they are all fighting hard,”Beauty Zhou said.

“What about senior Xu and the others?”Ye Sheng asked with a gloomy face.

Beauty Zhou shook her head and said, “The Seven Monsters of the Sky Mountain, Chu Zhongtian and the others are not on the Sky Dome Planet. They are training in the outside world. When we left, we couldn’t contact them. Now, we don’t know whether they are alive or dead.”

Ye Sheng let out a long sigh. This was the departure brought by the chaos race.

Originally, they were all cultivating in the universe, training and improving themselves. However, with the destruction of the chaos race, they were all doomed.

During the Avalanche, not a single snowflake could escape. This was probably what they meant.

“Father, have you gone to the monastery?”Ye Yun ‘er suddenly asked.

Ye Sheng shook his head and said, “Why, did you go?”

Although he was sad, Ye Sheng was still willing to believe that they were still alive, still persevering, and still working hard for their future.

Not entering the seventh world did not mean death. It was just very dangerous.

“Of course I went. They were the ones who invited me. I am now like you, a student of the monastery. The teacher even said that I have talent,”ye Yun ‘er said proudly.

“Is that so?”Ye Sheng raised his eyebrows and smiled. “Then I should call you little junior sister. which teacher did you take in?”

“The indigo-robed teacher. She took me in as her disciple,”ye Yun ‘er said with a smile.

“If you take her in, you have to learn well. Don’t be arrogant,”Beauty Zhou warned.

Ye Yun ‘er made an ‘oh’sound. In this family, she was afraid of Beauty Zhou, not Ye Sheng.

Because she had not seen ye Sheng for a long time, ye Yun ‘er was extremely intimate with Ye Sheng. On the contrary, Beauty Zhou, who often took care of her, was not as intimate.

Beauty Zhou was also very jealous sometimes. She said that she had given birth to a little lover to snatch a man from her.

Ye Sheng looked at the mother and daughter and said with a sigh, “Since I have come to the seventh world, I need to see senior sister Indigo Gown. Do you want to go with me?”

Since they had agreed, Ye Sheng put away the banquet and immediately rushed to the monastery with ye Yun ‘er and Beauty Zhou.

The monastery entered the seventh world. At the end of the world, at the border of the Horn of the sea, they settled down and moved everything from the monastery here.

There were thousands of disciples in the monastery, all of whom were hidden dragons and crouching tigers. Their abilities were extraordinary. Immortals were everywhere, immortal kings were everywhere, and even immortal emperors could be seen.

This was the foundation of the monastery.

When Ye Sheng brought his family here, Ye Yun ‘er had already informed her master. Therefore, a beautiful-looking senior dressed in green was waiting for them at the door.

“Long time no see. I thought you wouldn’t enter the seventh world.”The blue-clothed senior sister said with a smile.

“It’s also a coincidence. If there wasn’t another path, I really wouldn’t have been able to enter.”Ye Sheng shook his head.

“Right now, your cultivation level is not bad. It’s at the peak of the immortal realm, but it’s too weak.”The blue-clothed senior sister shook her head.

Ye Sheng also knew his own shortcomings. His cultivation level had been forcefully raised by the four swords of immortal eradication and the all gods pill furnace. Previously, Ye Sheng had said that he would need to spend a long time to recuperate.

“I came to the monastery this time for the same purpose,”Ye Sheng said truthfully.