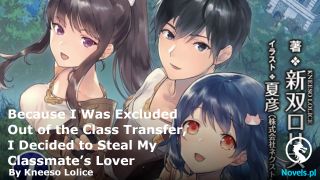 «The Earth Is My Dantian (Web Novel) - Chapter 881: Heading to the weapon burial valley

On an unknown planet, it was in ruins. There was no human figure, and there was no aura of life.

This planet had been destroyed by the chaos race. Ye Sheng noticed that a wisp of sword qi streaked across the starry sky of the universe. Countless planets had been shattered. With this sword, who knew how many living beings had been killed.

Ye Sheng let out a long sigh. He held the four swords of Immortal Punisher in his hand, and then he violently injected immortal qi into it.

The four celestial eradication swords trembled, and then the long swords fell around Ye Sheng one by one.

These were the four ultimate celestial swords, and they were being refined by Ye Sheng at this moment.

There was no obstruction in the divine weapons. They had just been forged, and their first owner was Ye Sheng.

Therefore, it was very easy for Ye Sheng to refine them. It was as easy as drinking water and eating food.

Moreover, the four longswords were all divine weapons. They carried a tremendous power that fed back to Ye Sheng, raising his cultivation to a new height in an instant.

Sword Qi clanged and circled around Ye Sheng. Ye Sheng himself was also cultivating with his eyes closed, reaching a perfect level.

Ye Sheng’s cultivation was originally the twentieth step of the immortal realm. Now, it had risen to twenty-five steps in an instant.

The increase of five steps was all brought about by the four divine weapons and longswords. It was mutually beneficial and fed back to its owner.

Ye Sheng’s breakthrough speed was very fast and also very easy. This was really a pleasant surprise. He opened his eyes and looked at the four longswords floating beside him, he smiled and said, “Don’t worry. In this era, we must rush into the primal chaos ancestral land and save the Immortal King.”

The Divine Longsword let out a joyful sword cry.

Ye Sheng stood up, and the four longswords entered his body and began to station themselves inside his body.

Using flesh and blood to nourish one’s body was a way for Ye Sheng to establish a connection with the four swords of Immortal Punisher.

“True body, have you really decided to go to the primal chaos ancestral land in this era?”The ancient God clone asked.

“But this is no different from sending ourselves to our deaths,”the Earth clone said worriedly.

“We might not necessarily be sending ourselves to our deaths. What if we are rescued?”Ye Sheng chuckled. He did not continue discussing this with the two clones and kept them in his body. He was at his peak now.

The Pantheon Pill Furnace and the four swords of Immortal Punisher combined the clones into one, completing his cultivation technique.

The current Ye Sheng would definitely have a chance against those at the Immortal King Realm.

As long as they weren’t particularly powerful immortal kings, those who had just entered the immortal King Realm wouldn’t be Ye Sheng’s match.

“Main body, where are we going now?”The Earth clone asked.

“We’ve flipped through all the books in the immortal court, but there’s still no information on how to enter the seventh realm. Are we going to continue wandering in the Universe?”The ancient God clone asked.

The Earth clone and the ancient God’s clone were both startled. What were they going to do in the weapon burial valley?

“I’m going to take back the two things that belong to me,”Ye Sheng said firmly.

He didn’t care whether the Earth clone and the ancient God’s clone could understand him or not. He took a step forward and teleported away.

Ye Sheng was rushing to the edge of the universe to the battlefield of the past epoch, where the weapon burial valley was.

There were things that Ye Sheng needed in the weapon burial valley. Whether it was the Pantheon Pill Furnace or the immortal slaying formation map, Ye Sheng needed them all.

And the Pantheon Pill Furnace had always been missing two legs. Ye Sheng knew that one leg was in the weapon burial valley, so this time, he wanted to take this leg.

Anyway, he couldn’t enter the seventh world. Ye Sheng had to work hard to make himself stronger, no matter which method he used.

He continued on his journey.

The entire universe fell into darkness. Ye Sheng was very fast. He didn’t make a move on the chaos warriors he met along the way because he didn’t want to expose his whereabouts.

Just like that, a month later, Ye Sheng came to the edge of the universe. Then, he found the entrance and entered the epoch battlefield.

Returning to the era battlefield again, Ye Sheng was quite emotional.

In the era battlefield, he had come in with Du Qingyi, Chi Jun, and Zhuge Xiaoming. He had encountered many things, including the Rockmen having regrets, fighting the world, the senior in green clothes coming from the city, the descendants of the four knights, and so on…

But now, he came alone, and the era battlefield was empty.

Du Qingyi and the others weren’t here, and the stone golems had completely disappeared. Zhan Tianxia was nowhere to be seen, and the senior in Green had also disappeared.

Only Ye Sheng was left, facing the desolate land and the silent forest.

Ye Sheng walked silently. He saw the light of eternity. It was something that could only be born when ten emperors died together. It was an extreme killing object, and he couldn’t take it away.

Ye Sheng finally came to a forest. In the forest, there was a bottomless pit.

At the entrance of the soldier burial valley.

This was the place that Zhan world brought him to. Below, Ye Sheng even met the gatekeeper, black tortoise.

Now that he was here again, Ye Sheng was still under a lot of pressure.

Now, it was unknown whether it had transcended or not. If it had not transcended, would the old Xuanwu still let ye Sheng in?

Ye Sheng was not sure, but no matter what, he had to give it a try.

Ye Sheng jumped into the big black hole and immediately went down to the bottom.

The sound of the chain being pulled rang out. Ye Sheng saw a huge head coming over.

It was the old Xuanwu.

It was still guarding the soldier burial valley and could not leave. Hence, it did not have a good expression when it saw Ye Sheng.

“Why are you here again?”The old Xuanwu said calmly.

It did not have a good expression, but fortunately, it did not attack when it saw Ye Sheng.

Ye sheng smiled and said, “I missed you.”

“Stop it. You and Chu Xiangyu are both liars. You lied to me for a hundred thousand years.”The old Xuanwu snorted coldly.

“The primal chaos race has begun to destroy this era.”Ye Sheng sighed helplessly.

Old Xuanwu’s gaze immediately sharpened. He stared at ye Sheng and said, “Has it begun?”

Ye sheng nodded and said, “It has begun.”

“Then why don’t you let me out? Once I recover to my peak, I’ll be a great combat force.”Old Xuanwu roared unhappily, causing the chains on his body to rustle.

“Everyone has hidden in the seventh world. There aren’t many people in this universe,”Ye Sheng said helplessly.

“Then why don’t you go to the seventh world? Staying here is equivalent to courting death, don’t you know?”Old Xuanwu 2 asked.

Ye Sheng smiled bitterly and said, “I also want to go, but I can’t go now, so I came to look for you guys.”

“Has the prehistoric weapon transcended successfully?”Ye Sheng asked with concern.

“Then can I go in now?”Ye Sheng immediately asked.

“What are you going in for?”Old Xuanwu asked in surprise.

“I have something to do with the Sword Array,”Ye Sheng said seriously.

“What can you do with that Broken Sword Array?”Old Xuanwu didn’t believe it.