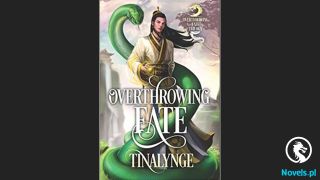 «The Earth Is My Dantian (Web Novel) - Chapter 880: Forging the world’s sharpest sword 4

What the old man wanted to do with the newly forged immortal vanquishing four swords was self-evident.

But he could no longer do it, so he wouldn’t want me to do it, right?

When Ye Sheng thought of this, he felt awkward.

He was too weak.

It wasn’t That Ye Sheng didn’t work hard. He had only entered the universe for a short 100 to 200 years, but he had already reached the immortal realm. He had even climbed to the 20th step of the immortal realm, and he could even cross the steps to kill enemies.

This level of hard work was not unprecedented, but at the very least, he was one of the top people.

But the helpless thing was that the enemies that Ye Sheng had met were too powerful.

The Primal Chaos was a behemoth in front of him. Even if Ye Sheng worked hard, it would still seem like a drop in the bucket. It was not worth mentioning.

“You don’t have to worry, and You Don’t Have to belittle yourself. You are very powerful. To be able to come here at this time and witness the entire process of my sword forging, then you are the fated one.”The old man patted ye Sheng’s shoulder.

“I believe in your future,”the old man emphasized.

Ye Sheng took a deep breath and said, “Just because of fate, you gave me such an arduous task?”

The old man smiled and said, “I don’t have anyone else either.”

“After I woke up, the immortal court was empty. I couldn’t find anyone. At that time, I didn’t know that my memory hadn’t recovered, but after my memory recovered, I began to worry whether you could do it alone. But now it seems that it must be you, because there’s no other person,”the old man explained truthfully.

Ye Sheng was alone. If you don’t promise me, who will?

Ye Sheng was speechless. He felt that it was wrong for him to come to the immortal court.

However, taking this divine weapon represented a kind of responsibility.

To save the Immortal King!

These four swords were refined by the old man with his own life. His only belief was to save the Immortal King.

If he saved the Immortal King, the four swords of immortal execution would belong to Ye Sheng.

But was the immortal King that easy to save?

The ancestral land of the primal chaos race wasn’t the border area that he and the azure-robed senior sister went to before. It was the center, and even the core area.

It was the place where the martial ancestor brought him to. The Immortal King was suppressed there.

How could he be saved?

Ye Sheng was silent as he looked at the old man. The old man had used up too much energy due to the forging of the swords. Now, the swords were fading away.

However, the old man still had a smile on his face as he looked at Ye Sheng with encouragement in his eyes, he said, “The first time I saw you, I knew that you were a very responsible person. The four immortal slaying swords are the divine weapons that I forged with my life. They are top-tier divine weapons. If we add in the formation map, they are not inferior to those top-tier treasures of the primal chaos. Now, they belong to you.”

Ye Sheng looked at the old man and laughed bitterly, “Can I not take them?”

The old man shook his head and said, “I know you will take them. You should leave now. I have sealed the four swords. As long as you input your true Qi to refine them, they will be yours. Let’s go. I will help you stop the enemies of the primal chaos.”

The old man waved his hand, and the two divine weapons hanging outside the universe immortal court immediately flew back and landed in front of Ye Sheng obediently.

The four swords were suspended in front of Ye Sheng. Their killing intent was completely restrained, making them look very handsome.

As long as Ye Sheng stretched out his hand, he could take them.

However, this also meant that Ye Sheng was carrying the hopes and hopes of the old man.

Ye Sheng only wanted to accompany his wife. If he could, of course he would want to save this era. However, the problem now was that with these four swords, he had to go save the Immortal King.

“Can I wait for several eras before going to save the Immortal King?”Ye Sheng thought of a compromise.

“The Immortal King won’t be able to last through this era. If he can’t be saved in this era, those old fogeys of the chaos race will grind the immortal king to death and refine him. As for those terrifying fellows who are held back by the Immortal King, they will also come out to destroy this era.”The old man shook his head, he blocked ye Sheng’s hope.

Ye Sheng smiled bitterly. The Immortal King was indeed very great. He was able to hold back the old fogeys of the chaos race by himself. However, for him to save the immortal king in this era, this was simply a fantasy.

Before this era was destroyed, he didn’t even know if he could break through to the immortal King Realm. With this realm, he could charge into the ancestral land of the chaos race?

He was just throwing his life away.

Therefore, Ye Sheng looked at the four swords and fell into a deep silence.

The old man didn’t Urge Ye Sheng. Instead, he looked into the depths of the universe. Then, he stretched out his hand and created a black hole beside Ye Sheng.

“If you want to leave, you can leave from here. Whether you choose or not is in your heart. I Won’t force you. Meeting you before dying is fate. I cherish it very much. Little Friend, just follow your heart.”The old man said with a smile, then, he turned around and took a step forward.

From the depths of the universe came the sound of a battle. There were thousands of auspicious colors, and the multicolored light shone, shaking the heavens.

“Being old and not dying is like being a thief. You are only a wisp of your soul, yet you dare to attack my primal chaos race. You are courting death.”A tyrannical voice sounded. Accompanied by the attack of the primal laws, it created a blank space in half of the universe.

The old man said in a loud and carefree voice, “I am a young novice monk, and I have lived a mediocre life. However, my master saved me and brought me to witness the splendor and glory of the cosmos. This splendor and glory has caused me to be deeply mesmerized, and I am filled with incomparable longing. Your Primal Chaos races have always been on the verge of destruction, never stopping to take a good look at the surrounding scenery. Now that I am leaving, I choose to take you with me.”

“No!”The Primal Chaos Emperor let out a terrifying cry. He didn’t expect the old man’s counterattack before his death to be so fierce.

Everything was over. The light faded and the light was gone. The Darkness attacked again.

Ye Sheng closed his eyes and turned to walk into the black hole. He didn’t take the four swords.

This responsibility was too big. He couldn’t take it.

After entering the black hole, the black hole slowly disappeared. Ye Sheng turned his head and looked at the four swords floating in the air. His eyes were struggling.

Time seemed to slow down. The black hole was closing bit by bit. Ye Sheng stared at the four swords. The old man’s words appeared in his mind.

Ye Sheng gritted his teeth. The moment before the black hole closed, he suddenly reached out and grabbed the four swords, disappearing together.

Ye Sheng still chose to listen to his heart.

He chose to shoulder the righteousness and responsibility, even if he couldn’t.

There was no one else. Ye Sheng laughed bitterly. After coming out of the black hole, he didn’t know where he had been teleported to, but he didn’t care. He sat down on a planet and looked at the four swords. Ye Sheng really smiled bitterly.

“This is a life-threatening thing.”The Earth clone shook his head.

“If I were the main body, I wouldn’t take it.”The ancient God clone said.

“So you’re not the main body.”The Earth clone said disdainfully.

“Yes, the main body has a temperament that we don’t have.”The ancient God clone nodded in agreement.

“Where the Dao is, even if there are ten million people, I will still go.”The Earth clone said firmly.