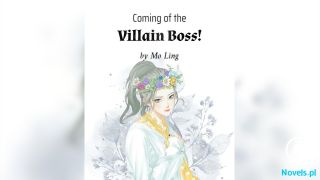 «The Earth Is My Dantian (Web Novel) - Chapter 879: Forging the world’s sharpest sword 3

The old man was immersed in his memories, as if he had recalled something beautiful. There was a smile at the corner of his mouth.

“A long, long time ago, there weren’t as many cultivators in this universe as there are today. At that time, I was just a novice monk. Later, the temple hall was smashed by someone. I began to wander, from place to place, constantly wandering,”the old man said.

Ye Sheng silently looked at the old man. The old man’s expression did not have the sadness of being homeless, nor did he have the fear and resentment towards life. All he had was gratitude and excitement.

“After I wandered for three months, I met my teacher.”The old man finally said the reason for his happiness.

“Who is your teacher?”Ye Sheng asked curiously.

The disciples of the Immortal King were all very powerful. When he thought of how the old man easily burned the chaos race’s monarch, Ye Sheng couldn’t help but believe a little.

The old man sighed, “Teacher is a heaven’s chosen, his magnificence is unmatched in the generations. I’m just a mortal at the first level and have no merit at all. I was actually accepted by teacher as a disciple. To me, this is simply a great dream. I don’t even dare to think about it.”

“After becoming teacher’s disciple, I worked hard in cultivation, comprehending all sorts of laws and improving myself. In the end, I found the direction that suits me the most, forging swords.”The old man spoke in a soft voice.

“Hence, you are the disciple of an immortal king, learning how to forge swords. What about after that?”Ye Sheng asked.

“After that, I focused on my cultivation, working hard in my research, discussing with teacher and coming up with ideas. With the help of teacher, I developed a peerless sword formation that has unparalleled attacks. But before I could put this idea into practice, something unexpected happened to teacher.”The old man’s expression changed, he said angrily.

But the late stage of the Immortal King did a great thing.

No one knew why. The Immortal King attacked the nine heavens and never appeared again.

Some said that the immortal King was dead.

Some said that the immortal king was still alive.

Some said that the immortal king had been suppressed.

There were many theories, but they were all guesses. No one had ever seen the immortal king.

These people blamed and pestered each other, causing no one to investigate the whereabouts of the immortal king.

The old man nodded, “Even if it was the immortal king conquering the nine heavens, it wasn’t for no reason. Before teacher decided to conquer the nine heavens, we had a feeling that he was going to do something huge. This huge matter is very dangerous and we still have to go. I once begged teacher, can we not go? Or wait for me for ten thousand years. I will forge my own treasured sword before going.”

The old man replied in frustration, “But teacher rejected me and he still went. This time around, he won’t be able to return.”

“Did the immortal King attack the Nine Heavens for the primal chaos race?”Ye Sheng asked.

Now, the old man actually said that the Immortal King didn’t die but was suppressed in the ancestral grounds of the primal chaos race. This was extremely shocking.

The old man was proud but also a little sad as he said to Ye Sheng, “My teacher is a true genius, a peerless talent. It was the birth of this era that pointed out that the primal chaos race was prepared to modify it according to their wishes, not allowing this era to grow wild. It was my teacher who single-handedly delayed the time at the beginning of the era.”

“Is the Immortal King that powerful?”Ye Sheng was shocked. He single-handedly stopped the primal chaos race from changing their era and provoked them in their ancestral grounds. In the end, he didn’t die but was suppressed. This was too terrifying.

“Then, what does all this have to do with you?”Ye Sheng asked.

The old man thought for a moment and said, “I’m going to save teacher.”

Ye Sheng’s expression changed and he said, “Did you save him?”

“No. After teacher attacked for nine days, I crazily forged the sword array that I discussed with teacher. After spending countless heavenly treasures and traveling through the universe, I finally succeeded in forging it. But at that time, I thought that I was as powerful as teacher, so I brought this forged sword array and went to the ancestral land of the primal chaos.”The old man shook his head, the curtain fell on his face.

“You failed?”Ye Sheng guessed the ending from the old man’s expression.

“Yes, I failed. I lasted for three years in the primal chaos ancestral land. With the Sword Array I forged, I slaughtered everywhere. However, I was also injured. I exchanged injuries for injuries. I couldn’t hold on for long. Finally, in the end, I shattered four swords, leaving only a formation map. I let it leave with a wisp of my soul and died in the primal chaos ancestral land.”The old man explained calmly.

Ye Sheng widened his eyes and said in disbelief, “So you are now a wisp of the divine soul after death?”

The old man nodded, he said, “I have nurtured it for millions of years to have this little bit of power, but it can not be maintained for a long time. So I want to forge those four broken swords again. This time, after millions of years of accumulation, it is even more perfect and tyrannical. In addition, I sacrificed an emperor. This is the four celestial eradication swords in my ideal world.”

Ye Sheng suddenly had a flash of inspiration and completely remembered why he felt that the sword hanging in front of the Celestial Court was familiar the moment he arrived.

Now, its master had completed four swords for it. This was the celestial eradication sword formation.

“Then, you forged these four celestial eradication swords because you wanted to?”Ye Sheng looked at the old man with an inexplicable gaze. He seemed to have guessed something.