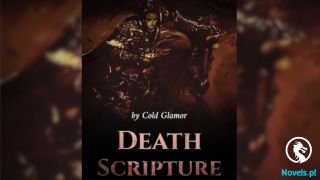 «The Earth Is My Dantian (Web Novel) - Chapter 878: Forging the world’s sharpest sword 2

An emperor, an emperor who was basically invincible, was thrown into the furnace by the old man and burned.

Who would believe it if it was said?

If he didn’t see it with his own eyes, Ye Sheng wouldn’t believe it either.

But now, Ye Sheng was silent. He had nothing to say.

The old man threw the emperor in and began to work in a hurry.

Ye Sheng looked at the old man who was bursting with energy and didn’t know how to speak.

This old man had already immersed his entire mind into the sword he forged.

This spirit was worth ye Sheng learning.

Therefore, Ye Sheng just watched from the side and didn’t leave. He really wanted to see what kind of treasure sword he had forged after burning a few immortal kings and an Emperor?

The Earth clone and the ancient God clone continued to flip through the Immortal Court’s records.

As expected, the people of the Immortal Court didn’t take these with them when they left. They had truly forgotten their ancestors and didn’t even take their own history with them.

Would a group of people who had forgotten how they came have a future?

Ye Sheng knew this, but he only sneered and had his earth and ancient god avatars continue to check while collecting these.

Once the books here were destroyed by the primal chaos, the history of the immortal court would no longer have any actual proof.

When du Qingyi and his generation gradually got older, the new generation did not know about the past of the immortal court at all. Even if someone told him that there was such a powerful force, the children would still scoff at it, they would think that it was made up or a fairy tale.

This was a very sad thing. You could not blame the children. The reason why they did not know was that you did not protect it well.

If you protected them well and made this history traceable and reasonable, then people would be convinced.

Not to mention crossing Tsing Yi, it was for the Immortal King.

The Immortal King who started the immortal path once helped Ye Sheng a few times after he entered the universe.

Although those times were all unintentional help from the Immortal King, it really saved Ye Sheng.

Ye Sheng was a person who held grudges, but he also remembered favors. If there was a favor, he would definitely repay it. At this moment, he kept countless immortal court records, countless treasures, and countless historical materials in order to repay the Immortal King.

On one side, Ye Sheng was watching the old man forge a sword. On the other side, the earth and ancient god Avatars were busy, reading and collecting.

“What exactly is this old man forging?”Ye Sheng thought with a frown.

The old man looked very terrifying right now. He was forging a sword, but as ye Sheng watched, it was as if he was merging himself into the remaining two swords.

The old man was crazily burning himself to forge the remaining two terrifying swords.

His entire body was completely immersed in them, his essence, Qi, and spirit merging into them.

This was life-risking sword forging.

Ye Sheng really wanted to stop it, but he stretched out his hand, but could not open his mouth.

The old man’s obsession was to forge a sword. He lost everything, forgot who he was, forgot why he came here, forgot his past, forgot his desires…

The only thing he remembered was to forge a sword.

Especially when he saw this huge furnace, he was very determined to forge four terrifying long swords.

At this time, even if he had to sacrifice his life, he would not hesitate.

Could Ye Sheng stop it?

Could he stop it?

Ye Sheng sighed. He no longer wanted to persuade him.

The sound of metal being struck rang out continuously. The old man’s body shone. These lights were the essence of an emperor. If Ye Sheng absorbed a wisp, it would greatly increase his cultivation.

He didn’t want to absorb this. He fell silent.

Especially after seeing the old man burn everything he had just to forge these two remaining swords. Could he absorb it?

“What kind of sword is he going to forge?”Ye Sheng muttered. He didn’t understand why the old man was so persistent.

Who gave him this persistent goal?

Who Was this sword forged for?

If the old man died from forging the sword, or if he completely merged with the sword, then who would use this sword?

It was impossible for Ye Sheng to use it. Ye Sheng had only stepped onto the twenty steps of the immortal’s steps and wasn’t even an immortal king yet. If he were to use this sword for Ye Sheng, then it would really be a waste of his talent. He would have sacrificed a terrifying emperor for nothing.

The knocking continued. This knock lasted for a month.

During this month, the area around the immortal court was peaceful. The chaos race didn’t come again after the old man destroyed them.

Perhaps the chaos race was waiting for experts. After all, they had lost an emperor.

The old man shone for a month. During this month, he gave himself up completely. It was like a candle burning himself. Now, there was only a little bit left.

An emperor had used his life to forge a sword. What was he after?

The More Ye Sheng watched, the angrier he became. The chaos race was about to destroy this universe. One more terrifying emperor meant one more battle power. But the old man had given himself up just like that. He had exchanged four long swords. Although they were all divine weapons…, but compared to a terrifying emperor, they were not just a little bit inferior.

In the end, when the old man had forged these two swords, the light on his body dimmed. In front of him were only two swords that were flourishing to the extreme. They were gorgeous to the extreme, and their killing intent was extremely dense.

These two swords were both perfect. They were the same as the two swords that were hanging around the immortal court, except that some of the details were different.

The old man smiled. He was smiling very happily, a smile that truly came from his heart.

“Is it worth it?”Ye Sheng walked over, his expression a bit uncomfortable as he asked.

A terrifying emperor was exchanged for two swords. Was It Worth It?

“It’s worth it. It’s definitely worth it.”The old man excitedly said to Ye Sheng. He was like a child who had just received a treasure, showing off.

“I remember now. I remember everything now. Who I am, why I forged the swords, and why I came back to life.”The old man reached out and caressed the two swords with an infatuated look on his face, it was as though he was looking at two of the most beautiful women in the world.

“Can you tell me?”Ye Sheng asked. He also wanted to know why the old man was willing to risk his life to forge these two swords?

“Then listen carefully. Let me tell you. If I tell you this, you have to do something for me.”The old man looked at Ye Sheng seriously.

Ye Sheng was stunned. “I’m only at the immortal realm. I’m so weak that I can’t help you.”

“I can help you. You have to believe that you can come here at this time and see the process of me forging the sword. Then you can definitely help me,”the old man said firmly.

Ye sheng asked, “Then what is it?”

“I’ll tell you the story of ‘Who am I’first.”The old man suddenly smiled mischievously and teased Ye Sheng. He didn’t look like a person who was about to die at all.