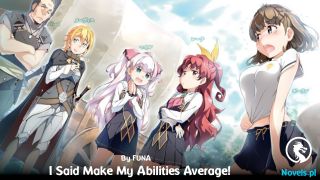 «The Earth Is My Dantian (Web Novel) - Chapter 877: Forging the world’s sharpest sword 1

The old man took a step forward. His skinny body, shriveled skin, messy hair, and black and white interweaved together made him look extremely inconspicuous.

But it was precisely this old man who slapped out with his palm.

Everything in the universe was being annihilated, including the universe ships of the primal chaos race. Without any mishaps, they instantly vanished without a trace, completely turning into dust.

“Courting Death!”The Chaos Emperor who had rushed over roared in rage. His emperor-level law erupted forth, smashing viciously towards the old man. It was simple and direct, using the emperor-level law to crush him.

This emperor was dressed in green, and he was bald. His face was filled with savagery, and he had a baleful aura about him. He wasn’t angry, but he exuded an aura of arrogance.

His attacks were extremely savage, and he didn’t hold back at all. He wanted to kill the old man.

“Trash!”The old man snorted coldly. He didn’t hold back at all. He directly released a finger sword qi.

A sword light that flew for an unknown number of thousands of kilometers pierced through the body of this emperor. He didn’t dare to believe it. He hurriedly retreated, clutching his chest with a solemn expression.

This old man was even more terrifying than he thought.

His emperor laws were actually useless against the old man. This was beyond his expectations.

“What monarch level are you?”The Bald Monarch of the primal chaos asked coldly.

“What monarch level? I don’t know. I only know that I have to throw you into the furnace. This is what I want to do.”The old man said straightforwardly. He entered and grabbed with one hand, his skinny chicken claw-like hand was extremely strong, as if he wanted to rip off this monarch’s head.

“Scram! I am an emperor. How can I allow you to humiliate me like this?”The Bald Emperor of the primal chaos race roared furiously, bursting forth with tremendous power. The emperor’s aura surged, causing the entire universe to tremble.

However, the old man’s expression didn’t change at all. He was still resolutely doing his own thing.

He wanted to capture you as trash and bring you back.

“Great capturing hand!”The old man spat out a few words. His body moved like lightning, transforming into tens of thousands of bolts of lightning. He was the Bald Emperor who was suppressing the primal chaos race.

“Ten thousand flowers bloom, one flower is extinguished.”The Bald Emperor couldn’t bear it any longer. He displayed the primal law he had comprehended.

In an instant, countless flowers bloomed around him, instantly transforming the universe into a flower bed. He was within it, picking a flower. Then, with a cold expression, he pointed out, causing the world to change.

Ten thousand flowers were the bald emperor, and he bloomed.

One flower was the old man, and he was going to be destroyed.

A law attack was a direct attack on the origin. If it hit, it would be useless even if it didn’t die.

“I walked out from the decay, and the decay faded away. I gazed at death, and death also gazed at me. I am eternal, and I will live forever. I Am the grave of the old era, and my true body will live forever.”The old man chanted something, the multicolored light was boundless. His shriveled body seemed unremarkable, but at this moment, it erupted with tremendous power.

The Bald Emperor’s primordial law attack landed on the old man’s body. It should have withered like a flower and disintegrated.

But the old man was unscathed. Not a single strand of hair fell off. This was very abnormal.

The old man walked past time, past the laws, and past the pressure of an emperor.

He twisted his hand and captured the bald emperor.

“Trash is trash. You Can’t even kill my body.”The old man said disdainfully. He grabbed the bald emperor who was struggling and viciously struck him in the neck. The Bald Emperor let out a miserable cry.

“Do you really think you can capture me like this?”The Bald Emperor roared angrily.

“Emperor Reincarnation!”The Bald Emperor began to leave his shell. He used his laws to change his situation.

“The world is frozen!”The old man wasn’t polite either. He knew that the other party wanted to change the laws and change the danger he was in, so he decided to freeze this time, this space, and this stage.

No matter how hard the Bald Emperor tried, he couldn’t change it.

This time, his expression changed drastically. He knew that things weren’t good.

He had met an expert.

“Senior, who are you? How long have you been an Emperor?”The Bald Emperor asked carefully.

“I won’t explain to trash,”the old man said coolly. He carried the Bald Emperor and arrived at the immortal court.

Ye Sheng felt that it was reasonable for him to capture an immortal king like this because they were not at the same realm.

But this was an emperor.

Even if the emperor of the chaos race entered the ranks of emperors in this era, he shouldn’t be so relaxed.

Ye Sheng watched for a few moments in the immortal court. After the fight. The Bald Emperor fought back a few times, but it was useless. Under the old man’s methods, there was no room for him to fight back. He was captured.

Was an emperor that weak?

Ye Sheng had opened his eyes. The reverence he had for an emperor disappeared without a trace.

You guys aren’t strong enough to defy the heavens. You can still be easily defeated by others. Although I’m not as strong as you guys now, give me time. I can definitely do better.

“Who are you? How can you be so ridiculously strong?”The Bald Emperor started to panic. He saw the huge furnace. He didn’t know why, but he felt the footsteps of death approaching.

He was an emperor after all. He had long been invulnerable and impervious to all laws. A mere flame wouldn’t be able to burn him to death.

But the Bald Emperor was still panicking.

Who exactly was this old man?

Ye Sheng actually wanted to know too, but the reality was that he didn’t know.

The old man didn’t explain. He captured the Bald Emperor, brought him over, and directly threw him into the furnace.

“Trash should be used rationally. You have attained the DAO in this era. You are too young, too weak.”The old man shook his head and said disdainfully.

“Then when did you attain the Dao?”Ye Sheng immediately asked.

The old man frowned and thought for a moment. “I seem to remember something. I was born in this era too.”

“Quickly let me out. I’m warning you. Killing a few immortal kings is very different from killing an emperor. If you really do this, what awaits you will be the endless pursuit of the primal chaos race.”The Bald Emperor resisted with difficulty in the furnace, he spoke furiously.

The Flames burned his body. Although it wasn’t fatal at first, but gradually, the flames invaded his body and began to ignite his entire body, especially the primordial laws, this caused the Bald Emperor to panic.

He felt that he was going to die.

How was this possible?

He had attained the Dao in this era and had a bright future ahead of him. How could he die here?

This was absolutely impossible.

The Bald Emperor wanted to resist, but he struggled with all his might and was about to explode.

But at this moment, the old man slapped down and directly hit the Bald Emperor’s head.

The bald emperor instantly fainted and sank into the flames. He could no longer resist.

The Flames soared into the sky and burned fiercely. The Flames were like an evil dragon, roaring crazily. They received a huge replenishment and frantically melted all sorts of materials.