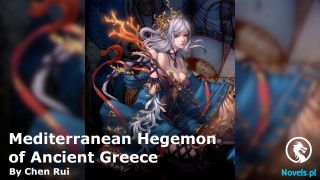 «The Earth Is My Dantian (Web Novel) - Chapter 876: Picking up trash

Ye Sheng didn’t waste any more words. He directly picked up the most arrogant immortal king and threw him into the furnace after the other party cried and begged for mercy.

He wasn’t too resolute.

And the furnace was burning fiercely.

The old man continued to forge swords. All kinds of gemstones, ores, and precious treasures of the universe were thrown in.

The furnace was burning crazily. The temperature was so high that it was unbelievable. Ye Sheng didn’t dare to get close to it. Once he got close, he would be melted immediately.

Even immortal kings were no exception. Ye Sheng didn’t believe that his body could withstand it.

Hence, he stayed far away.

The remaining immortal kings turned pale with fright. They frantically begged for mercy and even threatened him. They brought out the background of the chaos race and threatened him, but they did not want to die.

Ye Sheng was unmoved. He looked at the old man.

The old man dug out his earwax and blew disdainfully. “What Bullsh*t Primal Chaos Race? I don’t know. You should be honored to be treated as trash and burned. After all, not everyone has the qualifications to be my trash.”

“Throw them in.”The old man said to Ye Sheng. His attitude was clear and he didn’t fear the primal chaos race at all.

In fact, he didn’t know who the chaos clansmen were either.

Ye Sheng was naturally delighted. It would be good to eliminate a few more higher-ups of the chaos clansmen, but he didn’t even need to do it himself. It would be great.

He threw them into the furnace one by one and watched them being engulfed by the fire. He couldn’t help but recall that in the past, when they destroyed other fortuitous encounters, they would watch those commoners and commoners…, or innocent experts who had fallen into the abyss of suffering. were they the same as he was now, silently ignoring them?

Perhaps they truly believed that he was innocent.

Compared to the other factions in the universe, the chaos race was truly not on the same dimension.

The factions in every era were mostly on the same dimension. Everyone lived together, but when the chaos race started to destroy the era, they were considered to be of a higher dimension.

In reality, it was a type of rule.

I destroy you, and it has nothing to do with you.

You didn’t do anything wrong, and you didn’t offend me. However, for my own sake, I chose to destroy you. This is my matter, and it has nothing to do with you.

It was just one destruction. No matter how many people were dissatisfied, unreconciled, and unreconciled, if this era was gone, then so would all of you.

When Ye Sheng thought of this, his mood became uncomfortable.

He wasn’t a holy mother who believed that he could save this universe.

His discomfort came from himself.

But would the chaos race care about him?

Even if Ye Sheng was currently wanted by the chaos race, it was useless. He only had the cultivation base of an immortal. If this universe was destroyed, Ye Sheng would definitely die.

That was why ye Sheng felt uncomfortable.

He was doing it for himself, for Beauty Zhou, and for ye Yun ‘er.

“I hope that when this era ends, I can become someone the chaos race values,”ye Sheng said firmly in his heart.

While Ye Sheng was deep in thought, the old man was also done with his work. Seeing that the furnace was burning furiously, he revealed a satisfied smile and sat down to rest.

“Is that what you call me, Old Man?”Ye Sheng asked.

The old man thought carefully and scratched his hair, saying, “I don’t remember.”

“You Forgot Your Name?”Ye Sheng looked at the old man strangely. His expression was very calm and did not panic at all, but what he said should be true.

He really could not remember his name.

The old man said, “I don’t know where I came from, nor do I know where I should go. My only thought is that I want to forge a sword.”

“What do you want to forge a sword for?”Ye Sheng asked curiously.

“I don’t know why you still want to forge a sword?”Ye Sheng asked back.

“Why can’t I forge a sword if I don’t Know?”The old man asked Ye Sheng seriously.

Ye Sheng was stunned and didn’t know how to answer.

“I just woke up not long ago. I don’t remember everything, but I remember that I must forge a sword. I woke up here, and this place was empty. But when I saw this sword furnace, I knew clearly that I wanted to forge a sword,”the old man said firmly.

“Four swords, after four swords are forged, my heart will be at ease.”The old man laughed, revealing a mouthful of yellow teeth, his hair was messy, more than half was white, his face was full of wrinkles, he looked very sad.

But the old man’s gaze was firm, pure, he had a goal.

Ye Sheng looked around, especially outside the Immortal Court, the primal Chaos Universe ship was still there, it didn’t leave.

“The experts of the primal chaos race are probably coming, are you afraid?”Ye Sheng laughed.

“What’s there to be afraid of, I don’t know what this primal chaos race is, just now those trash were talking, and now you’re saying, Let’s just say he’s very powerful, then he came at the right time.”The old man said.

“Why did he come at the right time?”Ye Sheng asked curiously.

“Since he came, I’ll throw them in as trash and burn them. I have a feeling, if I burn a few powerful trash, these last two swords will be forged.”The old man said this, his face full of smiles.

Ye Sheng suddenly asked curiously, “Since you’re so lacking in trash, why didn’t You Burn Me as trash when I Came?”

“You’re too weak.”The old man’s simple words made ye Sheng feel very stifled, so stifled that he wanted to cry.

He wanted to hide in Beauty Zhou’s embrace and cry.

Unfortunately, Beauty Zhou wasn’t in this universe, and Ye Sheng hadn’t been intimate with his wife for a long time.

“What big words. You actually dare to say that you treat my chaos race’s immortal King as a piece of trash and burn him. I’m afraid you’re tired of living and don’t know the current situation.”At this moment, a low voice that sounded like rolling thunder rang out, it instantly shocked this universe.

He was an emperor realm expert. His words caused this universe to be filled with a tense atmosphere. It also caused Ye Sheng to widen his eyes and feel nervous from the bottom of his heart.

This was an emperor realm expert.

An immortal emperor realm expert. If he came, would the old man be able to block him?

On this side, Ye Sheng felt nervous. However, the old man was different.

He got excited and stood up to pat his butt. He said excitedly, “A very powerful trash came. If I throw him in, my sword can come out as well.”

Ye Sheng stared at the old man in a daze. These words were easy to say, but it was very difficult to do.

But the old man didn’t care. He just strode out and went to pick up trash to burn.