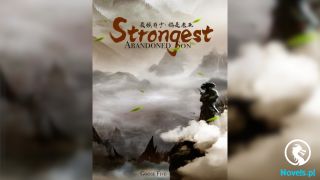 «The Earth Is My Dantian (Web Novel) - Chapter 871: The final sanctuary

Such a change scared the primal chaos warriors who came. They were all as though they were facing a great enemy and were extremely terrified.

“You can transform into a black hole. You Are Ye Sheng, the disgusting person who is like a cockroach?”

“It’s better to come at the right time. Your Life is worth a lot in the primal chaos. The price is about the same as an immortal king. If we kill you, we will get a large amount of resources.”

“What are you talking about? Let’s attack together. No matter how powerful he is, there’s nothing he can do.”

The people of the primal chaos recognized Ye Sheng. Each of them was like a hungry wolf seeing a white sheep. They wanted nothing more than to eat ye Sheng alive.

This gaze was truly terrifying.

However, Ye Sheng was even more terrifying than them.

Ye Sheng, who had experienced the loss of Beauty Zhou, didn’t have the patience to ask at this moment. When he saw that they didn’t answer him, and instead, their greed grew, his eyes flashed with a sharp light.

“Go to Hell.”Ye Sheng roared. Facing the chaos race members on this interstellar battleship, he didn’t hesitate at all. He instantly covered them and devoured the sky.

The interstellar battleship was absorbed by Ye Sheng at this moment and stored in his body. The chaos clansmen inside were terrified and furious. They struggled with all their might, trying to break out.

However, it was all useless.

They were no match for Ye Sheng at all. Furthermore, Ye Sheng’s black hole had been strengthened since he entered seclusion this time. He didn’t fear these things at all. If he attacked, he would destroy them.

Hundreds of immortals were swallowed by Ye Sheng at this moment. There was nothing they could do. The most powerful among them was also at the peak of the immortal realm, but they were no match for Ye Sheng’s black hole.

“Die!”Ye Sheng shouted coldly. The black hole began to shrink, and the friction instantly destroyed the interstellar battleship. At this moment, the hundreds of immortals could not protect themselves.

“I’ll tell you, I’ll tell you where the people on Firmament star went, and you’ll let me go.”Someone could not stand it anymore. Seeing how terrifying ye Sheng was, he immediately spoke up,

ye Sheng didn’t let them out. Instead, he was like a god, looking down on them from above. He said, “Speak, I’m listening.”

“The people from the vault of heaven all went to a place to take refuge. My Chaos race is preparing to attack that place,”the immortal hurriedly said.

Ye Sheng’s voice rumbled. There seemed to be thousands of him inside the black hole. At the same time, he asked, “Where did they go?”

“Tell me, and I’ll spare your life. If you don’t tell me, you’ll end up like them,”Ye Sheng said coldly. The black hole transformed, and in an instant, it tore more than ten immortals into pieces. It completely devoured them, leaving nothing behind.

Seeing this, the rest of the people were terrified. They couldn’t help but fight to speak out in fear.

“The seventh world is the last hope of this universe. That’s why many people are hiding in it.”

“Our Primal Chaos race has already planned to attack the seventh world, but before we attack, we have to destroy this universe.”

“Right. The seventh world is our last hope. As long as we destroy this hope, no one will be able to stop the destruction of the epoch. With the birth of a new epoch, our primal chaos race will truly win once more.”

Many chaos race immortals began to compete to explain to Ye Sheng, afraid that if ye Sheng attacked, they would die in vain.

Ye Sheng finally understood. When the chaos race destroyed the universe, most of the people in the universe were killed. Only some people with potential were brought to the seventh world for final resistance.

This was a very tragic thing.

And Beauty Zhou might have followed the people on the vault of Heaven to the seventh world.

Not only Beauty Zhou, but also his daughter, Ye Yun ‘er, the Void Demon King, Chi Jun, and the others should all be in the seventh world.

“We said, can you let us go?”The chaos race immortal was looking forward to it.

Ye Sheng looked at them coldly and said indifferently, “I’m sorry, I lied.”

The black hole completely erupted. It was like a bottomless pit. In an instant, it devoured all of them. Not a single trace was left behind.

These Primal Chaos Immortals did not even leave a single word. They were killed just like that. Originally, they still had great ambitions. However, now, there was not even a single bone ash left.

“If I let you all go and kill others, then what is the difference between me and the murderer?”Ye Sheng, who had transformed into a human body, said coldly.

The current Ye Sheng was really very strong. Regardless of whether it was comprehending the original laws, creating a cultivation method, or his origin body, he had reached an extremely high level.

In addition to his natal magic treasure, the Pantheon Pill Furnace.

Such a Ye Sheng had the ability to fight against an immortal king. Of course, he was the type who had just entered the immortal King Realm.

However, this was also very impressive. After all, Ye Sheng was only at the twenty steps of the immortal realm.

The Pantheon Pill Furnace had absorbed too many primordial laws, and its origin had recovered by half. Presumably, once the missing two legs were retrieved, the origin would definitely be able to be restored.

“The seventh world has become the last refuge. The chaos race is also preparing to sweep through the universe before attacking the seventh world. I must participate in it and stop the chaos race. Even if I can’t stop them, I must kill more chaos race people,”Ye Sheng said firmly.

Ye Sheng had given up his life to fight the chaos clansmen to the death.

Ever since the ancient God’s clone had received all of the inheritance of the ancient god, his cultivation base had improved by leaps and bounds. He did not stay in the Divine Court and was now following Ye Sheng, ready to merge the three techniques into one at any time.

“The universe has been destroyed. Since the primal chaos race has made up their mind, the Divine Court and the divine court must have suffered a blow as well,”the ancient God’s clone said, not giving a precise answer.

“There are only two outcomes for the divine court. They die in battle and surrender.”The ancient God’s clone analyzed the situation to Ye Sheng based on his understanding of the divine court.

“Surrender and become the dogs of the primal chaos. They persecute their own people. Not to mention anything else, they are just the people of the Divine Court. The Primal Chaos won’t keep all of them. Once they surrender, it’s the same as selling them all out.”Ye Sheng raised his eyebrows, based on his guess, these people could really do it.

“That’s why we should go to the Divine Court first. Whether the divine court is still there or not, we only need that demon cave to go to the seventh world,”the ancient God clone said.

Ye Sheng nodded and didn’t stay any longer. He took a step forward, and the universe collapsed. A black hole appeared and swallowed Ye Sheng, and then the black hole slowly healed.

Ye Sheng appeared tens of thousands of miles away. The next step was another space collapse.

For now, he could only teleport over a short distance. When he became stronger, he would definitely be able to increase the distance.