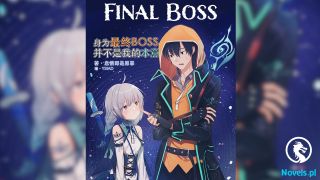 «The Earth Is My Dantian (Web Novel) - Chapter 870: The Empty Sky Star

Ye Sheng flew from the central star field and traveled across the universe, teleporting. His destination was the sky star.

Nothing must happen to Beauty Zhou.

Ye Sheng thought of many things, such as his daughter ye Yun ‘er, the Void Demon King, the Red Army, Zhuge Xiaoming, Chu Zhongtian, and the Seven Monsters of the Sky Mountain…

Among these people, many would definitely die.

When Ye Sheng thought of this, he was filled with righteous indignation. He was furious, both towards the chaos race and himself.

Ye Sheng was angry that he was too weak. Even if he worked hard to cultivate, he was only at the twentieth step of the immortal realm. He was still a distance away from the immortal King Realm, not to mention the Immortal Emperor Realm.

He thought about it on the way and finally arrived at firmament star half a month later.

The universe was so big. If this was in the past, Ye Sheng would not have come to firmament star from the DAO College without a year. But now that his cultivation had improved, it would take him more than a month.

This month was a torture for Ye Sheng. He had seen with his own eyes that the entire universe was undergoing great changes. Countless planets with life were being massacred. Corpses littered the ground, white bones were like mountains, and a sea of blood could form a Netherworld River, it was extremely terrifying.

It was also because he had seen so many bloody massacres with his own eyes that Ye Sheng was worried that something had happened to firmament star.

“Fortunately, nothing happened.”Ye Sheng heaved a sigh of relief. Seeing that the sky dome planet’s outer appearance did not change at all, as usual, this made his anxious heart relax a little.

But it was only a little. If he did not see it with his own eyes, Ye Sheng would not be at ease.

He did not stop and charged straight into the sky dome planet.

Ye Sheng’s vision turned black. He panicked and looked at the sky dome planet in disbelief.

There was no one here. What Ye Sheng could not believe was that there was no war here, but no one seemed to have disappeared into thin air.

“What’s going on?”Ye Sheng was worried, frightened, and scared. Then, he shouted.

Ye Sheng flew around the sky in the sky and kept shouting. His voice was anxious, and his ears were very sensitive. If there was a tiny voice calling for help or a response, he could hear it.

Unfortunately, it was empty.

There were no outsiders. In the end, Ye Sheng returned to Beauty Zhou’s hut, physically and mentally exhausted.

“Where are you guys going?”Ye Sheng said bitterly. This place did not seem to have been baptized by the chaos race. Instead, it was a voluntary retreat. There was no news at all.

Ye Sheng pushed away the master bedroom of himself and Beauty Zhou on the Dome of Heaven Star. He looked at the familiar scene inside, the familiar tables, chairs, and benches. He knew everything about himself, except that there was no woman who was so familiar that he could not be more familiar with her.

Ye Sheng was consoling himself. Before he found Beauty Zhou, he could not lose his composure. He could not let his anxious emotions affect his rational judgment.

Ye Sheng closed his eyes and began to communicate with the Void Demon King, but there was no sound sequence.

“I signed a contract with the Void Demon King. I should be able to sense it within a certain range, unless it’s at least two galaxies away from me,”Ye Sheng muttered.

He did not think that the void demon king would have an accident. Because of the contract, Ye Sheng would definitely be able to sense the Void Demon King’s accident.

Where did all the people on Firmament star go?

The hundreds of thousands of red soul training troops on firmament star, the old Titan, these people combined were not weaker than some second-rate forces.

Such a large force had disappeared without a trace at this moment.

Ye Sheng sat on the chair and sighed. He looked at the clean bed and suddenly his eyes lit up. He saw a letter.

A letter written by a woman. The words on the letter were very handsome and delicate. Ye Sheng recognized this word. It belonged to Beauty Zhou.

“Hubby, the universe has suddenly changed. Zhuge Xiaoming rushed to firmament star and said that the Zhuge family was destroyed by the chaos clan. The chaos clan wanted to destroy this era, so he came to escape. “Firmament star is also very dangerous. We Can’t stay here anymore. We need to move. This move is for everyone. Senior Chi Hun will take us to a place where we can hide from attacks. He will leave a letter to tell hubby that if you don’t see me when you come back, don’t be anxious and don’t come to us. Cultivate well and don’t provoke the chaos clan. Many people say that the chaos clan is crazy.”

After reading the letter, Ye Sheng’s anxious heart and anxious nerves were soothed. He let out a long sigh and finally calmed down.

“Zhuge Xiaoming sensed danger and the Zhuge family was destroyed. He escaped to the firmament star and brought the news. Then, the people of the firmament star began to move under Chi Hun’s lead.”Ye Sheng closed his eyes, he sorted out this matter.

This was definitely not Chi Hun’s thoughts alone. There was also the old Titan. The old Titan had also disappeared. He finally left the Small World. However, he did not know if he left with Chi Hun or alone.

“At least tell me where you went?”Ye Sheng looked at Beauty Zhou’s letter and sighed helplessly. However, his expression was still very happy.

At least he knew that Beauty Zhou was safe and left with Chi Hun and the others.

Ye Yun ‘er should have left with them.

Ye Sheng’s family was also taken away, so Ye Sheng had nothing to worry about.

He was in his room and was not in a hurry to go out and find someone. He carefully put away the letter that Beauty Zhou wrote. It was clear that this letter was a priceless treasure and Ye Sheng cherished it very much.

“I want to find out where they have gone.”Ye Sheng suddenly stood up. Regardless of whether Beauty Zhou was safe or not, Ye Sheng had to go and find her and stay by his side.

After experiencing the fear and trepidation this time, Ye Sheng did not want to be separated from Beauty Zhou anymore. Even if it was more dangerous for her to follow him, he still hoped that Beauty Zhou would follow him.

However, before Ye Sheng could come out of the vault of Heaven, he saw a primal chaos interstellar spaceship crossing the Void. There were hundreds of experts on it, all around Immortals. They were very powerful.

However, in the blink of an eye, he saw a huge face that covered more than half of the firmament star. It was incomparably huge. It was Ye Sheng’s black hole face.

He turned into a black hole and covered it. His face appeared, and it was to question them.

“Tell me, where did the people on vault of Heaven Go?”Ye Sheng’s voice rumbled as he asked.