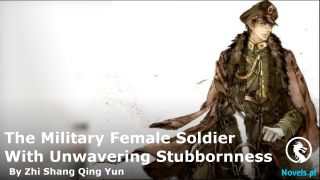 «The Earth Is My Dantian (Web Novel) - Chapter 869: The Chaos Tribe’s revolt

Ye Sheng was still immersed in his comprehension.

Ten years had passed in the outside world, but to Ye Sheng, it was only a short instant.

In this short instant, Ye Sheng seemed to have opened his eyes and seen the truth of the universe, and it was all reflected in his eyes.

The colorful world made Ye Sheng intoxicated and unable to extricate himself.

When Ye Sheng opened his eyes again, it was as if tens of millions of years had passed, and the vicissitudes of life suddenly appeared in his eyes.

“How many years has it been?”Ye Sheng asked in surprise.

He looked around and saw that the place was in a mess. The originally peaceful and far-reaching monastery was now in ruins. As if it had encountered a great battle, it was split into dozens of pieces.

Everything around him was unfamiliar to Ye Sheng. His heart could not help but tighten.

“What on Earth happened?”Ye Sheng hurriedly stood up. His body flew quickly across the universe and arrived at the boundary of the monastery in an instant.

A pile of corpses!

These corpses looked familiar to Ye Sheng. When he had arrived at the DAO College, he had seen these people coming out to party at night.

But now, they had become a pile of corpses, cold corpses.

“Could it be that the chaos race has begun to sweep across the Universe?”Ye Sheng was shocked. He looked around and saw that there was no one alive. He frantically searched the DAO College.

There was still no one alive.

“Not good, Beauty Zhou!”Ye Sheng turned pale with fright. His panic was terrifying. It was as if something terrible had happened while he was in seclusion.

If something happened to Beauty Zhou, Ye Sheng would not forgive himself.

Ye Sheng’s speed shot through the universe. He began to travel through space continuously. He wanted to go to firmament star.

On the way, Ye Sheng took out his communication device, but there was no signal.

The various communications that the machine race had arranged in the universe had been completely destroyed. Now, the communication device had become a decoration.

Ye Sheng could only travel on foot. Along the way, he also met a few planets with a large number of people living there. However, when he went in, he saw a pile of corpses.

They were all dead.

Ye Sheng seemed to be the only person left in this universe. He was panicking and kept talking about Beauty Zhou, ye Yun ‘er, Chi Jun, Zhuge Xiaoming, Chu Zhongtian, big sister, and the others…

What happened to them?

How were they now? Did anything happen to them?

These were all situations that Ye Sheng was worried about. No one could tell exactly what had happened. In any case, Ye Sheng was completely confused.

The indigo-robed senior had disappeared.

The longevity elder had disappeared.

The teachers from the monastery had also disappeared.

After he went into seclusion once, it seemed like the world had changed after he came out.

“Didn’t they say that the chaos race would only launch their plan to destroy the epoch after a hundred years?”Ye Sheng looked anxious.

Could it be that the first time he went into seclusion, a hundred years had passed?

But that wasn’t right. If the chaos race were to invade, Ye Sheng would definitely sense such a huge battle.

Moreover, the blue-robed senior should have woken him up.

However, none of this happened. In Ye Sheng’s world, I closed my eyes and took a look at the true situation of the universe. When I opened my eyes, all of you were gone.

In a hurry, filled with fear and worry, Ye Sheng flew alone in the universe for a month before he arrived at the central star field.

The once prosperous central star field had now become deathly silent. The prosperous buildings had been completely destroyed, and corpses could be seen everywhere. It hadn’t been long since they died, and the corpses were still warm.

“Is it true that the chaos clan has started to destroy this era?”Ye Sheng frowned. He didn’t expect it to be so fast. After all, he had a hundred years to improve himself.

“Perhaps, they have provoked the chaos clan by rescuing the thirteen people who had been suppressed.”Ye Sheng sighed and started to search for survivors in the central star area.

He wanted to find out if the chaos clan had attacked them?

The central star field was a big force. Even if the immortal court and the Divine Court wanted to destroy them, it was not something that could be done in a short time.

But now, Ye Sheng saw with his own eyes that the entire central star field had been massacred.

Apart from the chaos clan, Ye Sheng could not think of anyone else.

After searching for a long time, Ye Sheng dug out a person from the ruins. He found a person covered in blood who was on the verge of death.

“Tell me, who killed you guys?”Asked Ye Sheng.

“It was the chaos clan. They came. They’re too powerful. They killed us with only a dozen or so people. I was just grazed by the corner of my eye. How could the chaos clan be so powerful?”

This man still didn’t want to believe that the low-key chaos clan wasn’t so terrifying. They had destroyed the central star area in just a blink of an eye.

“More than ten people?”Ye Sheng’s face was solemn. Now, it could be confirmed that the primal chaos race was annihilating this era, and they were starting to massacre wantonly.

“Then what about the experts in the central star field?”Ye Sheng asked.

“They’ve all fought with the experts of the primal chaos race. I don’t know what’s going on now. Anyway, we’re finished. The Primal Chaos Race wants to annihilate this universe. Their ambition is too great,”this person sobbed, on the verge of dying, he was extremely pitiful.

“I didn’t do anything wrong. I was just drinking tea and was killed by them. On what basis?”This person was filled with grief, resentment, and hatred. He hated the primal chaos race to death. The veins on his hand that grabbed ye sheng popped up, and then he breathed his last.

His injuries were too severe. It wasn’t easy for him to say these few words.

Ye Sheng hugged his corpse and was speechless. He looked at the cold universe and could not say anything.

Many people did not offend the chaos race. They were all living their own lives. They were just ordinary people. A few hundred years had passed. Some would even cremate themselves. They only wanted to live a simple life.

However, the chaos race did not give them the chance. They killed all of them. Their corpses were all on the ground. No one could tell what they were doing.

“Rest in peace. The living will take revenge for you.”Ye Sheng sighed, stood up and rushed into the universe.

During the time he was in closed-door cultivation, the primal chaos had really massacred the universe. Now, Ye Sheng only hoped that nothing would happen to Beauty Zhou and ye Yun ‘er.

He would probably charge into the ancestral land of the chaos clansmen in an instant, right?

As he sped along, Ye Sheng wanted to rush back to the firmament star. Only after confirming that Beauty Zhou was fine would ye Sheng be able to deal with the chaos clansmen in peace.

The Fast Ye Sheng directly used his powerful strength to traverse across the universe and continuously travel through it.

This time, his seclusion wasn’t just about his comprehension of the primordial laws. It was also about his cultivation. Ye Sheng had broken through to the 20th step of the immortal realm.

Hence, he could protect Beauty Zhou this time.

“Find Beauty Zhou and bring her with me. No one is allowed to harm her.”Ye Sheng coldly thought. Beauty Zhou was his only weakness.